Don't Be Fooled, Women Are Just as Sly as Men -- Only in Different Ways


Subtle jabs are more powerful than blunt ones.


But one hit KO's trump both.


What feminists want us to do is to treat them as equals physically, but yield to them mentally. They have it #ss-backwards. That's at least the feminism that I'm speaking against. 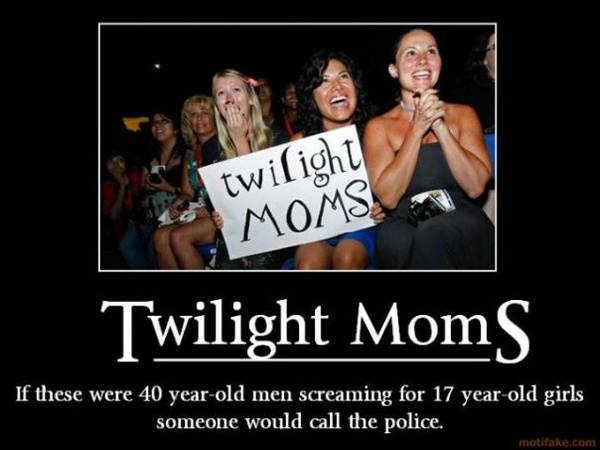 Yes .That is EXACTLY who I married. She doesn't light her hair on fire or start an argument with herself and jump me with Tie Kwon Do,but I can make do.
Read my posts WHAT else would take me?


That's the slyness I was talking about.


I believe that one hit KO's are both subtle and powerful. But have you ever heard of a death by a thousand tiny cuts? That's my strategy.

edit on 9-4-2014 by brazenalderpadrescorpio because: (no reason given)


I agree with everything you said. As a Scorpio I'm a good observer of the human condition, and I've seen all of the things you've mentioned in the women in my life and around me.

My sister is a complete feminazi. She is so stupid. Deluded even.


I know the type. The ones that take any and all chances they have to obliterate their husband's/boyfriend's manhood/pride then sit around and complain all day about not being able to find a real man.

There is power in making sure that the one you are with feels empowered. Why anybody would want to do that sort of thing to anybody just to say they "wear the pants" is beyond me.
edit on 4/9/2014 by Kangaruex4Ewe because: (no reason given)


Its just when that singer kissed a 13 years old boy on the scene... Will tou aprove if ot was a guy kissing 13 years old girl ? Why its allowed women to kill little boys if its wrong when males do it ? Our Society is #ed up.


I'll give you an example of my sister's delusion. There's a photo of my sister in my dad's office of her in a swimsuit as a little girl (maybe 2 or 3 years old). My dad told me that she told him, "I forgive you for making me wear that and taking a picture of it." *Double take* What?! She is really weird.

posted on Apr, 9 2014 @ 02:04 AM
link
The women of my generation (80s-90s) are extremely unstable and it is because they have been raised in an era
of feminism that teaches them to be aggressive. They have been brainwashed by feminazis to take control,
push forward, and look out for number one.They have been taught to adopt the masculine energy, deny their
feminine energy and use their newly adopted energy against those who have allegedly oppressed them for
centuries.

A woman is born with primarily high levels of feminine energy, so it is their duty to first master this energy.
Every aspect. Not just the aesthetic aspect. When the female does not master this energy, she can not use the
attributes of this energy to offset the negative traits of the small amount of masculine energy she will inevitably
develop.

A woman may walk around with a sense of confidence. But it is not. When the feminine energy is not
incorporated into her personality, men mistake this for arrogance. Because of a lack of mastered feminine
energy, a women will mistake aggressiveness (a base negative masculine trait) with assertiveness (a positive
masculine trait). She believes she is being assertive. Any male, with a mastered masculine energy will sense otherwise.

The reason for this is the lack of sensitivity which is primarily a feminine trait. This sensitivity, along with a
sense of understanding is what changes aggression to assertiveness. They tame the aggression and allows the
aggressive to mature into a calm focus, leading to assertiveness. Also, this sense of understanding and
sensitivity attracts males. A man cannot resist a women who is sensitive and understanding. No matter how
much they try. It is our primal instinct to gravitate towards sensitivity, and gentleness. It raises the male to his
full potential. When a male sees a sensitive woman, it makes us WANT to become men.

When men see an aggressive, obnoxious (another trait mistaken by females) arrogant woman, it makes the male
shrink from his calling in the grand order of things. For the male is by nature, assertive, providing, stern, hard,
rough and aloof individuals (when they have their energies mastered - that's another subject entirely).

We are confronted with someone who we assume to be soft, innocent, fragile, understanding and sensitive, and
is then met with all of our negative aspects, we either compete to gain power and if we succeed, and do marry,
we have to maintain this level of competition for the rest of our days, thus leading to the balding, the stress, the
high blood pressure, etc; we will either marry and compete for the rest of our lives, eventually fizzling out
around our 40s-50s, or we will adopt 'male dominance' protocol and become aggressive with the women and
treat them like objects.

I will say this though; no matter how much women try to adopt the masculine energy; no matter how much
they try to use our own negative traits to diminish our manhood, and then cry wolf when we express the traits
that are only natural to us, they will always submit to instinct.

What do I mean by this? Well, by submitting to instinct I mean when any stressors are activated in a women's
life, no matter how hard they try to maintain the masculine energy, they will assuredly revert back to their
feminine nature. Every single women. Different women have different thresholds of stress that trigger this
reversion, but trust me... they will always return to who they were made to be... women.

That's why it is so much better for women to just accept who they are now, master all aspects of their primary
energy before jumping into an energy of which they have no understanding.


P.S. I have met 3 women in my life with their feminine energy fully mastered and incorporated with their
secondary masculine energy. I remember seeing one in the store, and after I helped her with her things and she
left I looked off into the distance and said to myself: "Wow... now, that's a woman".

edit on 9-4-2014 by OrioniusAtlantai because: ridiculous spacing


Your post may seem to be rambling to some, but I saw a lot of truth to it.


I am a bit surprised and happy to see someone who shares such a similar view as myself!

I see much of the 70's style feminism as being detrimental to women, valuing the masculine energy and traits in favor of the feminine... which had the effect of creating a society in which girls do not learn how to master their feminine energy. It does not get developed enough to oppose and resist the animus, which then takes power in it's immature and negative form.

The society that has such an imbalance in values creates men also who do not develop their feminine energy enough either, and it becomes the negative anima, constantly sabotaging them in covert ways. (that they blame on women in general outside)

Part of choosing a female partner is choosing one that you TRUST has the same intents, motivations and goals as you- so that you can let her manipulate your mind and emotions and trust that she will aid them to get to the same "place" you want to be.

Just as a woman who chooses a man she trusts has the same goals for their material goals and motivations, letting him take the lead in many of those choices.

Yes, I know how to help my man change his feelings and emotional buttons and views, (same with my children) but no, I would never abuse that power to cause him pain or discomfort or cause him to go different path than the one he has expressed he wishes to get to.

He also, would never abuse his physical power to hurt me or leave me in a position I did not ask for or want.

Sometimes it is just a matter of making sure you both have the same view of future, the same values and the trust and respect for each other so that you can combine your different strengths and create with them!
edit on 9-4-2014 by Bluesma because: (no reason given)


Not everyone is born to kow-tow to the system, and when the system is patriarchy you will naturally run across women who don't accept being second class citizens (just recently being deemed human enough to vote is a little hard on the psyche)

But you have valid points as to how this plays out in an unbalanced system. Given a balanced world both men and women would surpass all our expectations. Everybody answering here is the product of a broken, patriarchal system and will never know the true potential of the sexes. Right now the pendulum has swung toward giving women basic human rights and of course they are a little pissed, mouthy, bitchy and angry about the millenias of abuse. Given time, and understanding, things will settle out for the better.

All you guys who want women to embrace the womanly need to back the women...make nurturing valid by ending war, make softness valid by not demeaning men by calling them girls or sissies/pussies. Get it? Even the insults in our culture give clues to the problem. Want women to be motherly, don't bail because child rearing is beneath you or too hard/not enough fun.

And don't forget a female bear can be as fierce as a male. Sometimes nature is just what we don't like to see.

And don't forget to drill a hole in you knee and pour milk in it.

Do women really need to be shown favoritism? Women are in fact smarter than men. Not only are they smarter, but they are craftier than men. Women can scheme schemes with the best of them. Women are not as innocent as some people would like to make you think. A lot of women will talk flowers and sunbeams to another woman, and then devise a plan on how to take that other woman down.


Disagree women are smarter than men,it should be the characteristic of most woman are the top 1%(/elites) wanted.
We know guys are for hunting animals and women are for collecting fruits in most time of history.It's a intense competition of collecting fruits(if you go to hurt animals ,you still can get some friends help you).Therefore,it's reasonable that fruit picker attack another fruits picker.Elites love this feature:Uncooperative.
Women with less physical strength but with more chance of survival in war...
I believe the less physical strength weak point can be recover by cheating+mind control +take advantage skills.(brain function)
edit on 9-4-2014 by candlestick because: (no reason given)


I just hate how we're supposed to yield to them, even mentally. Women can hold their own.


funny I have a thing for powerful women, not only can they hold their own but they can overpower men without them even knowing they were responsible. Powerful minds make powerful people. And sly girls can take advantage of their advantages... And their advantages include their perceived weaknesses.

But hey, that's just me not to mention powerful women have more than respect for me. Finally I realize that now that I know who I am. Just keep an eye out for their traps

You stated that very well. I was going to write something similar, but it sounds better coming from a man 😘