I just don't know what to say!


I don't see how this could possibly be debunked or debated. It's dark and the light is a very bright white...pointing directly up from the ground about a half a mile to perhaps a mile away from the rover. The picture is a raw JPL image. Link provided below.

Another oddity to check out is right in the foreground of the picture. It looks like either tracks of some sort (not rover) or water was there in the recent past and evaporated.

Looks to me like the Arizona or New Mexico desert. Can't wait to read a replies about Mars anomalies that won't have the word "rock" in them lol.

posted on Apr, 6 2014 @ 03:54 PM
link
Quite interesting. I have no idea what it might be myself, but I am definitely going to be keeping an eye on this one for some possible ideas.

I don't see how this could possibly be debunked or debated.

posted on Apr, 6 2014 @ 03:56 PM
link
It's very hard to get an idea of what this could be. Maybe something in the distance reflecting light back to the camera, or something there wanting to attract some attention? I am really wondering what other people think on this one. 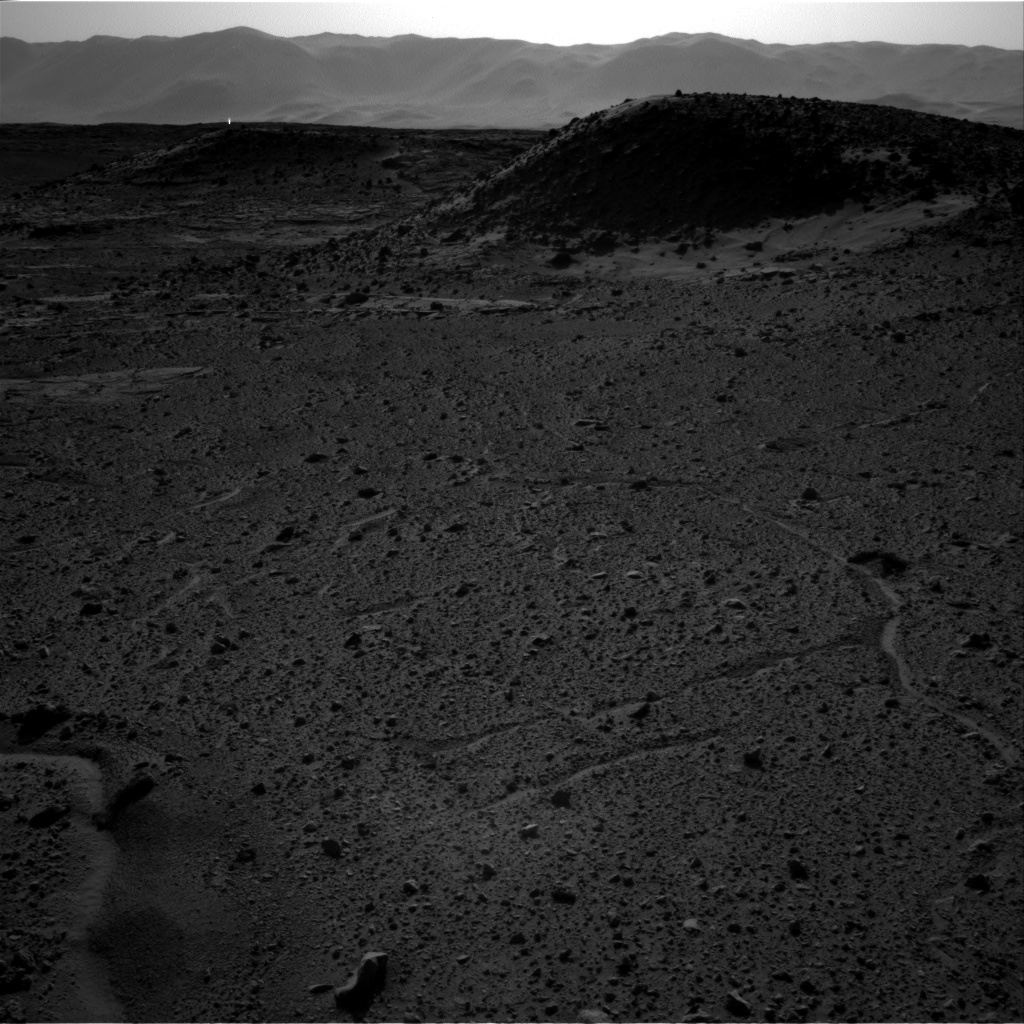 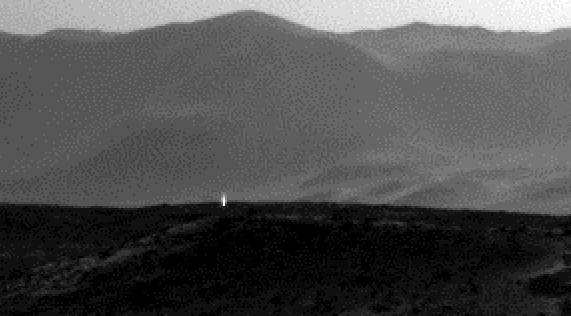 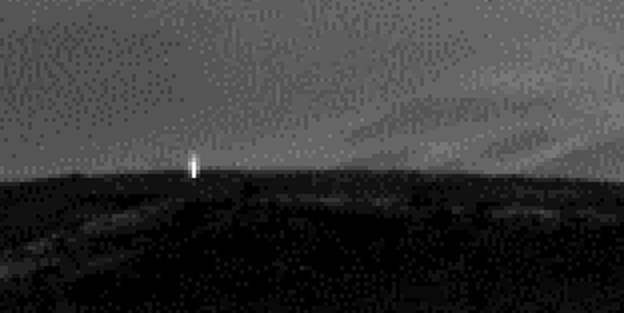 
Arken has some competition, I see. Interesting find.

It almost appears to be a refection of light off something. I'll be interested in what other members have to chime in with.

Somebody had to say it...lol

Can anyone explain why it does not appear in the image taken by the left NAVCAM at the same time?
Left
edit on 4/6/2014 by Phage because: (no reason given)


Interesting point. I don't know how the camera system on the rover works. Are both cameras snapping a picture at the exact moment? If that is the case, this could be attributed to something like a reflection directly in front of the right camera.

Are both cameras snapping a picture at the exact moment?

Yes. The purpose of the two images is to create stereo pairs.

If that is the case, this could be attributed to something like a reflection directly in front of the right camera.

The cameras are inches apart. This can be attributed to a cosmic ray striking the sensor of the right camera.

Can anyone explain why it does not appear in the image taken by the left NAVCAM at the same time?
Left
edit on 4/6/2014 by Phage because: (no reason given)

You mean where you postulate that it could be a picture of a cosmic ray lol?? You can't possibly be serious with that assumption right?

First, Mars has no atmosphere to interact with incoming particles to cause a cosmic ray on the ground. And even if there was a chance of that happening, I doubt that the Mars Rover was just in the right position at the right time to snap a shot right when a cosmic ray hits the ground. Then you have to factor in that the camera on that Rover does not have the shutter speed to capture a damned cosmic ray emitting light. That would be like me trying to capture a perfect picture of a lightning strike on a TracFone camera.


The more obvious answer is that whomever was operating the mast camera saw the light an snapped a shot.

Mod Note: ALL MEMBERS: We expect civility and decorum within all topics - Please Review This Link.
edit on 4/6/2014 by Blaine91555 because: Rude comment removed for TAC violation.

The cameras are about 6 inches apart. That would be a pretty tight reflection. Possible I guess but I'll go with a cosmic ray strike since we have seen similar.

First, Mars has no atmosphere to interact with incoming particles to cause a cosmic ray on the ground.

The cosmic ray did not hit the ground. It hit the camera sensor.

The more obvious answer is that whomever was operating the mast camera saw the light an snapped a shot.

Then why does it not appear in the left camera?

Since your eyes can't tell you what actually may be behind something, I would attribute it more to imagination.

Sometimes, you just have to let go Phage lol. Listen, are you actually claiming that the odds favor your assumption that a cosmic ray hit a sensor that's mm's wide right at the exact moment it took a picture on Mars? Those odds cannot even be calculated into any reliable theory. However, the odds that aliens exist CAN be and IS calculated correct?

Perhaps it was an alien taking a pot-shot with his ray gun at that exact moment. Perhaps it was the reflection of the sun. Perhaps is was Obi-Wan-Kanobi. All of the above sound far more plausible than your whacky theory lol.

Now that I've responded to you, how about you respond to me on how any cosmic ray could make it to the ground of a planet that doesn't have the proper atmosphere to facilitate the breakup of the particles which cause cosmic rays to continue on to the ground. Thanks!