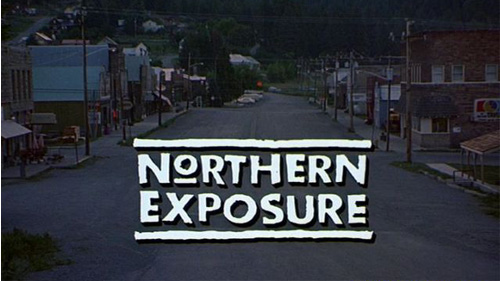 Good day tribe members, hope you are having a good weekend. Tis cold and rainy here in Oregon so we decided to dig into the past for a favorite series and ran across Northern Exposure on Netflix. This series and Star Trek NG are my favorite shows of all time, and I would submit both are also excellent shows for optimism and teaching valuable lessons, which in Northern Exposure are weaved into the plots and characters packaged in an often brilliant and humorous wisdom. This is an intellectual comedy drama I suppose, having both depth and charm, magic and wonder.

The fictional town Cicely is in Alaska, and the main character is Doctor Joel Fleishman:


Joel Fleishman is fresh out of medical college, and fresh out of luck. Failing to read the fine print in his scholarship conditions, he finds he has no choice but to move to the remote and somewhat eccentric town of Cicely, in the wilds of Alaska. Once there, he is welcomed by the peculiar locals who are not keen to see him go, most especially Maurice Minnifield, the ex-NASA astronaut. Despite Joel's adamant denials, one gets the impression that he enjoys life in Cicely more than he admits.


Maurice Minnifield is hilarious through out the show, portraying a macho, semi-racist and sexist wealthy owner of the town. He has more depth and charm to him however, as all the characters do.

Chris Stevens is the radio dj and has a regular morning show. The music is awesome and really compliments the show. Chris is my favorite character and he interfuses wisdom from literature of such greats as Nietzsche, Whitman, Tolstoy, Jung and many others. He likes to ponder the big questions about the nature of life and spirituality. He is a deep thinker and really shines a profound light onto things when he speaks.

The other characters are very colorful too, each offering their own style and perspective. 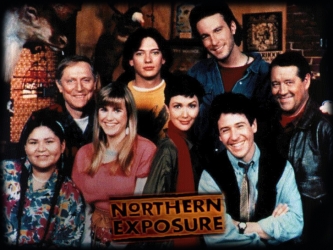 There are more quirky characters that come and go and the story lines are highly entertaining. The chemistry amongst the cast contributes to it's success. I used to want to live in a town like this with these kind of folks back when I was watching it. Heck I still do in a sense.

The show offers storytelling, history, philosophy, lots of laughs, heartfelt musings and wicked sharp wit. There is a strong Native American theme throughout personified in part by 2 characters Ed Chigliak and Marilyn Whirlwind.
There are good playoffs between the value and effectiveness of western medicine and native medicines. There is passion and adoration for nature, with some wonderful scenery.

I realize this is old, but I think it has a timeless quality and entertain a good range of audience. I felt this is a real treasure and hope that others here may dig it as well.

Peace,
spec
edit on 5-4-2014 by speculativeoptimist because: (no reason given)

It used to make me homesick a lot.
One of the more memorable moments for me and this show was this one:

I don't know why,
it was just so weird to me..lol


I like Northern Exposure too, I got the whole series on DVD as a Christmas gift a couple of years ago. Some shows can't integrate more than a few characters but NE did such a good job of working all of the townsfolk into the stories. Ed was my favorite character.

I remember watching them. There wasn't much else on at that timeslot, so sort of defaulted watching it, but I quite liked it anyhow, and sort of related with the DJ philosopher.

Good flick...best of all time? naa...not even close, but certainly had a "homey" feel about it all.

Yea their relationship was an interesting piece for sure. I know man, that show had so many 'weird' things and characters. I'd say it is a masterpiece for sure. t was so refreshing when it came out, in how different and deep it was.
Thanks for chinning in.

Well put, they did bring all the characters full fledge through out. Each one was so entertaining and yea, Ed was awesome! His movie passion was a nice angle for the show too. Glad you got to experience it.


You got me thinking about it so I pulled out the DVDs and am going to watch a couple of episodes before I fall asleep. I have my DVDs grouped by decade so tomorrow I'll probably continue the "quirky shows from the 90's" theme by watching a couple of episodes of "Twin Peaks" and "The Tick".

posted on Apr, 5 2014 @ 10:38 PM
link
That's a blast from the past. I watched all the clips uploaded. I think the allure of this show for me is the fact that the community is diverse yet the people are connected - care about each other. The show also gives the view of moments where people take time for each other - just time. Sometimes that is the lesson in and of itself.

Thanks for the reminder of this show. Will look it up on you tube.

LIke so many shows, the 2nd season is where NE gets some traction, but the first is still great!
Twin Peaks, oh yea a great series that ended way too soon! You might dig a new UK show called Utopia. We just started it and it is Lynch-esque imo. It is a little darker but has that surreal and distinctly unique vibe.

I think the allure of this show for me is the fact that the community is diverse yet the people are connected - care about each other. The show also gives the view of moments where people take time for each other - just time. Sometimes that is the lesson in and of itself.

The subject/themes too, when reflected from these individuals and communally is often funny and enlightening, but always with a warmth.

posted on Apr, 5 2014 @ 11:24 PM
link
Excellent show in so many ways! I used to eagerly look forward to watching each new episode when it was on tv. Hadn't thought about the show in a while, so thanks for the reminder about it! Time to bust out the DVD's and watch some episodes

posted on Apr, 5 2014 @ 11:36 PM
link
I remember watching every episode. Not because I thought it was good show. But because my wife forced me to. My aunt in-law is Elaine Miles, who played Marilyn Whirlwind on the show.

posted on Apr, 6 2014 @ 12:38 AM
link
Loved that show...watched every week. Another one about that time was "TWIN PEAKS".(although not humorous and quite dark).

posted on Apr, 6 2014 @ 09:43 AM
link
My parents loved Northern Exposure. We live in Western Washington and when we visit my aunt in the east we usually stop in Roslyn, WA where the show was filmed. It still looks the same. Alot of people take photos in front of the camel mural and The Brick saloon is still open.

So did you like the show any? That's pretty cool she is your aunt-in-law. Did you ever meet any of the crew?

Yea, we drove ny Roslyn's too and it was cool, but it took some of the mystique from watching the show a bit, cuz I thought it really was in Alaska. Regardless, I was able to slip back into the fantasy while watching the show.