posted on Apr, 3 2014 @ 08:10 PM
link
I'm sure we all heard about the Target credit card breach that happened last year during the Christmas shopping season. Some hackers got into their system and stole credit card info from everyone who shopped in their stores in November and December before they found the breach and supposedly stopped it. We were told that the breach had been found and corrected and it was safe to shop at Target again.

The latest news on the subject seems to confirm this narrative. 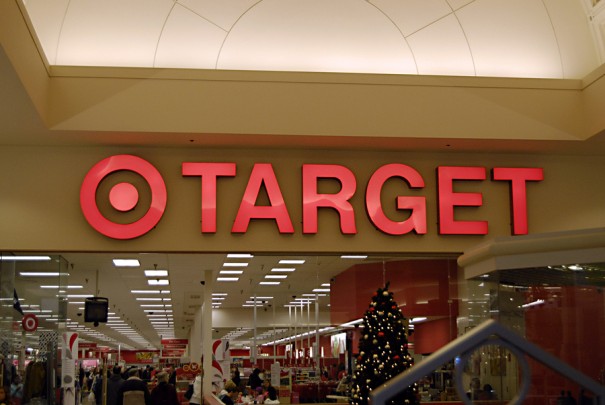 He stated that their new research indicates the issues began on November 12, 2013.

"We now believe that some intruder activity was detected by our computer security systems, logged and surfaced to the SOC and evaluated by our security professionals. With the benefit of hindsight and new information, we are now asking hard questions regarding the judgments that were made at that time."

According to Target's latest research, there may only be a total of 98 million people affected by the breach, rather than the reported 110 million.

Mulligan went on to describe the different steps Target is taking to prevent hacks in the future. The company is investing $100 million in beefing up its security, and they are accepting full responsibility for any fraudulent charges that occur on their customers' accounts.

Everybody thought this whole episode was over with. My credit union issued me a new debt card after determining that I had made a purchase during that time period, so I know my account is safe. They did this automatically to protect their customers. I wonder how many big banks did the same for their customers.

Anyway, just when we thought it was safe to shop at Target again, something happened to my wife today while she was out shopping. While trying to make a $12 purchase, her card was declined at the store. She called me up immediately to transfer over money from our savings and when I logged in to our account, I found that we still had over a thousand left in our checking account and there was no reason her card should have been declined. She tried again several times at the store and was declined again.

My wife had to leave the store empty handed and went to the credit union to find out what was the matter with her card. The credit union told her that she had made a recent purchase at a Target store and that her card was flagged because of the credit card breach. They issued her a new card on the spot to prevent theft from our account using the old card and she has been able to continue shopping my hard earned money away as usual.

It makes me wonder if the credit union knows something we don't know? There's nothing in the news about the breach being an ongoing thing or any new hacks into the Target system but, they were pretty darn quick to shut down my account after a purchase was made there. Are they being over cautious over an old news story or is there something more going on here?

This is going to make it hard for the credit union customers to shop at Target in the future if they have to fear their cards shutting down every-time they make a charge there. Maybe the credit union has a grudge against Target.

Does anyone else out there have any info on this? Is the breach ongoing and everyone's credit cards are still at risk if they shop at Target, or is something else going on here?

I have been so diligent for months and then, the other day, the dang cashier was overly chatty and droning on and on about their credit/debit card and their coupon app. It caused me to zone out and I absent-mindedly swiped my card instead of paying cash as I have been doing since Target ruined my Christmas with a security breach..

I tried to convince myself that it would be alright, that surely Target had secured their system by now.


According to all the "official" news outlets, Target fixed the problem and everything is safe now.

After what happened to my wife today, it made me wonder. I figured I'd post this to see if anyone else had similar issues with their banks or credit unions flagging their cards after making purchases at Target. I can't imagine the credit union is acting on outdated information so I was hoping someone here might know something that isn't out there in the "official" news yet.

posted on Apr, 3 2014 @ 08:35 PM
link
Gee, if you wanted to kill either the credit/debit card system or individual merchandisers, this would be how to do it.

And meanwhile, apparently Walmart thinks if 'you use cash, you must have something to hide...'

If I was more of a conspiracy theorist, I'd start wondering if Bitcoin wasn't behind all this, to make people untrusting of the other kinds of fiat currency.


i sense that it has something to do with protecting the bottom line. if you have a new card you cant blame any further purchases on the target hack.

idk if the banks are instructed to do this from above to prevent false trails or if this is just one bank doing its due diligence but it seems like a good move to me.

I checked my account history and saw that my wife used her card at a Target store on 3/28/12 and the card was flagged today 4/3/12 so it appears they flagged my account based on a purchase made just 6 days ago, way beyond the time period in which the breach was supposed to have occurred.

I plan to call the credit union tomorrow to see if they can give me more information.


I know someone who banks with citibank...they were automatically issued a new card as a security precaution.

posted on Apr, 4 2014 @ 01:06 PM
link
I just got off the phone with a teller at my credit union and she apparently doesn't know anything about this. She said our card should not be flagged for current purchases made at Target and suggested that my wife's card may have expired or that it was replaced after the holiday breach.

That isn't what they told her yesterday. If it had been replaced after the old breach, we would have gotten the replacement card in the mail months ago. The teller said our cards wouldn't be flagged if we made new purchases at Target but, after what happened to my wife, I'll probably try to use cash while shopping there, at least for a little while. It seems to me that this teller doesn't know what's going on and is just giving the standard explanations for why a card may be shut down.