Not a School Shooting so this won't be all over the Media...

Principal Patrick Burke from South Burlington High School has been diagnosed with cancer and has taken a leave from school. 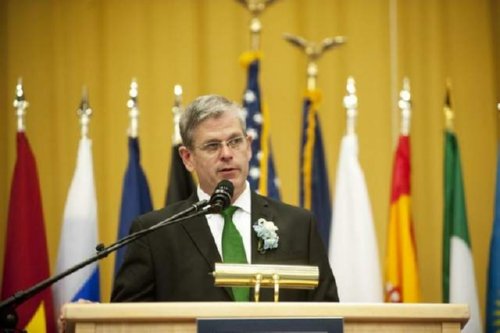 Now, the students wanted to make something a little special for him - a sort of a get well message but not a depressing one. So they've prepared a video in which all students participated. They have taken Pharrell Williams' song "Happy" and the teachers along with all the students lip singed the whole thing as they dance in the school corridors. Messages of "We love you", "Get well soon" and tons of others for Mr Burke to read as he'd watch their video. Just an Awesome idea !!


I find this story so refreshing for so many different reasons, as their video is going viral.

Here is the video and I do hope you enjoy:

posted on Apr, 2 2014 @ 11:07 AM
link
A principal is no different than a politician. They just run a school instead of a city/state/country.
Firepiston

FirePiston
A principal is no different than a politician. They just run a school instead of a city/state/country.
Firepiston

Disagree. Most principals were once actual teachers, and there are some good ones out there. I think you might be thinking of superintendents.

To the above poster, not all head teachers are bad or corrupt and in fact some are inspiring and encouraging to both the pupils and the staff.

posted on Apr, 2 2014 @ 11:58 AM
link
I didn't hear this story, but I did hear one this morning on the news about a principal who snapped a picture of a student at Walmart them uploaded it to his facebook with the caption, "Honey Boo-Boo at Walmart".

*them should be then, but my phone doesn't like ATS and won't let me move the cursor where I want it

Great story, by the way, and I totally agree that it won't make the news until it's gone too viral to ignore.
edit on 4/2/2014 by halfpint0701 because: (no reason given)


Really? THAT'S your take away from the original post?

Anyways...Thanks OP for sharing something sweet.


The parents of those kids have every reason to be very proud.

And I am sure that this video brought a smile to Mr Burke while he's going through a tough time.

This is a "Everybody Wins" type of thing. That is the feeling I got from this video when I saw it.