The brief X1-class flare erupted from the now decaying sunspot AR2017 at 1:48 p.m. EDT (1748 GMT) on Saturday, according to a report from the NOAA-led Space Weather Prediction Center. Although AR2017 is dissipating, it may still produce more solar flares in the coming days

The coronal mass ejection could trigger a minor geomagnetic storm on April 2....The flare also produced a "magnetic crochet," a rippling in Earth's magnetic field that occurs during the flare. The effects of a CME are usually only felt a few days after the flare, when the plasma has time to reach Earth and disrupt its magnetic field


As we have all become used to modern tech, when the next big flare hits and really disrupts things, I can just imagine all these all people sitting around with dumbfounded looks on their faces "awwww no, I'll have to actually talk to people now".
edit on 1-4-2014 by Zcustosmorum because: (no reason given)

Not only are we skirting the edge of several flairs at the same time, the sun also let out a rare magnetic crochet.

A magnetic crochet is a ripple in Earth’s magnetic field caused by electrical currents flowing in air 60 km to 100 km above our heads. Unlike geomagnetic disturbances that arrive with CMEs days after a flare, a magnetic crochet occurs while the flare is in progress. It arises from the increased ionisation in the D and E layers of the ionosphere caused by the massive increase in X-ray radiation generated by the solar flare. This ionisation changes the properties (especially the conductivity) of these ionospheric layers allowing electric currents to flow more easily. It is the magnetic effect of these currents which produce the jump in the earth’s magnetic field. As the flare declines, the ionospheric layers quickly return to their previous state, the electric currents in the layers return to normal, and the change in the magnetic field ends. Magnetic crochets are quite rare because they are only observed during large flares which rise to a peak very quickly. Also, they are mostly observed in locations close to the sub-solar point (i.e. the point on earth when the sun is overhead). - See more at: www.thedailysheeple.com...

It arrives in minutes as opposed to the slower moving charged particles from a cme that takes days to reach earth.


Does the article mean large as in power output or as in surface area of the cme?

posted on Apr, 1 2014 @ 08:13 AM
link
I'm sad that i was busy Saturday. Sporadic E Propagation must have been amazing during this event.


I was just thinking.....The Postman. It would be pretty fun to get back to basics.


Will Farrel and Jeff Goldblum!


What trend?
The Sun has a regular cycle of increasing and decreasing activity.

posted on Apr, 1 2014 @ 12:02 PM
link
Maybe what caused the radio blackout on the missing flight too when it went missing.

I meant the trend of narrowly missing us. Sorry, Phage

(But I would rather it narrowly miss us than hit us)
edit on 1-4-2014 by texasgirl because: (no reason given) 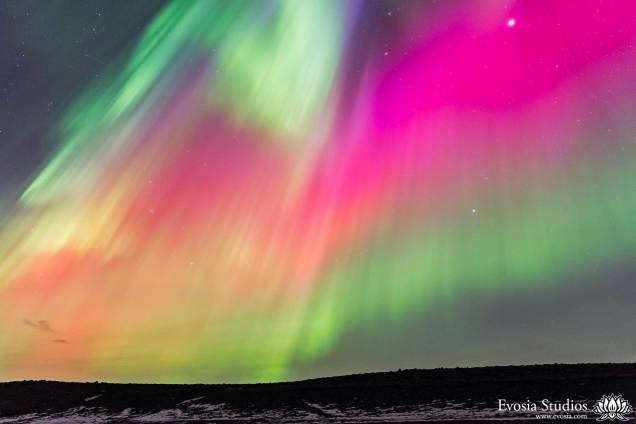 "With shades of reds, purples, pinks and oranges, I felt I was on another planet in some scifi flick. I've seen other people's timelapses of northern lights but never in these colors nor so intense. Truly unreal."

Pink aurorae are especially rare. When it comes to the Northern Lights, incoming electrons colliding with oxygen and nitrogen high in the Earth's atmosphere typically give rise to rippling sheets of green, red and blue. Pink results from a combination of the red and blue hues emitted by nitrogen molecules, and it's rare to see them as vibrant as they appear here.


full article including time lapse video of the northern lights


That is really pretty. Thanks for posting this. Its nice to see a positive side of the CME, it sure makes for a pretty show of the Northern Lights.