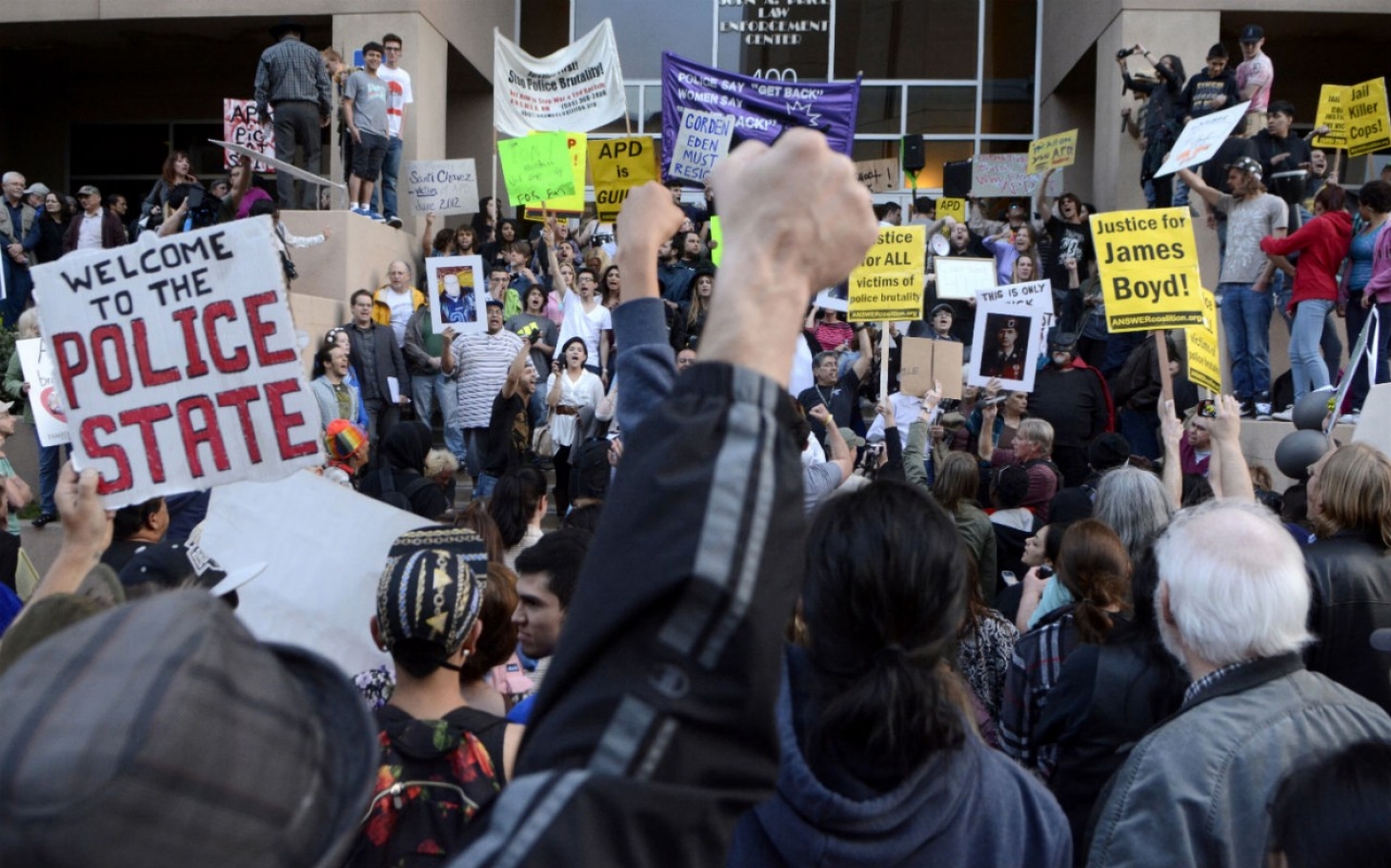 The protests come on the heels when just one week after video posted to YouTube by a local TV station, showed the city’s police department fatally shooting James Boyd, a 38-year-old homeless man. On Friday, the FBI announced they were investigating this shooting

Hours after hundreds of people took to the streets of Albuquerque to protest the fatal shooting of a homeless man by city police, officers killed another man!
That Story here

APD officers have been involved in 37 shootings, 23 of them fatal, since 2010. There’s no national record of how many times police departments throughout the United States use deadly force, but according to Micah McCoy with the ACLU of New Mexico, Albuquerque’s rate of deadly force rivals that of New York City. New York City is 15 times larger by population than Albuquerque.

On a personal Note... Six Years Ago when my youngest daughter was born, we had to fly her down to Albuquerque and the big pediatric hospital there... Thankfully we were only there for a couple of weeks until our little one was able to come home, but in just those two week the wife and I both agreed 'Albuquerque' is one of the most dangerous cities we'd ever been in!
edit on 31-3-2014 by HardCorps because: (no reason given)