My name is Bill Yenne, I'm a military and aviation author. Ask me anything.

I've also written more than three dozen other non-fiction books, especially on aviation and military history, as well as biographies of people ranging from Alexander the Great to Sitting Bull to Hap Arnold. My other works have included profiles of the B-52 Stratofortress, Unmanned Combat Air Vehicles and secret weapons of the Cold War. I've written histories of the Strategic Air Command, the US Air Force, and a series of books about great American planemakers from Convair to Lockheed, as well as my recently-updated The Story of the Boeing Company. I've contributed to encyclopedias of both world wars and have appeared in television documentaries on the History Channel, the National Geographic Channel and ARD German Television. I'm on the web at www.BillYenne.com.

Everyone wants to know what’s happening in and over Area 51, but despite the best efforts of those tenacious souls poking at the thick veil of secrecy, we’re as much at the mercy of those who control the secrets as we were decades ago.

I find it especially intriguing Northrop’s Tacit Blue flew its entire flight test program without ever having been the subject of revelations in the media, or speculation among enthusiasts. Over a period of three years, Tacit Blue made more than a hundred flights in broad daylight, apparently without being seen by outsiders. It then landed at Groom Lake, taxied into a hangar, and was not heard from again for years. Like Tacit Blue, the Phantom Works Bird of Prey was successfully obscured from public view until well after its flight test program concluded after 40 successful flights.

Neither Tacit Blue nor Bird of Prey was known outside Area 51 until years after its last flight. They might well have never been known to the outside world if the US Air Force had not deliberately declassified them.

And all this happened in the last century!

What in the world were those lights that we were seeing in the night sky over Nye County, Nevada last night?

PLEASE be considerate of your fellow members and only ask one question, don't ask three or four in one post, don't post several single question posts, they will be removed and your account may be restricted from posting all together.

Please do not write a long winded buildup to your question or a dissertation on your knowledge of the topic, that's why we have Bill here.

Please treat our invited guest with the respect you would give any invited guest at anyone else's ho,me or business. Any rude, trolling, or otherwise ridiculous posts will be removed and the account banned from the site.

Enjoy this opportunity to ask one of the brightest minds in aviation history ANYTHING.

posted on Mar, 24 2014 @ 01:33 PM
link
Good afternoon, my question, while not directly related has to be asked given your credentials.
Do you have an opinion as to what happened to the Malaysian plane?

Just a short non-descriptive list would be a great start to the discussion!


I don't think anyone knows at this point, although it is a pretty good guess that it's on the bottom of the Indian Ocean. What happened in the seven hours before it got there may or may not ever be known. What do you think?


Welcome to ATS Bill.
My question is, do you think there are saucer shaped craft being tested at Area 51, and if you think so, would you have an inkling as to whether we built them from scratch or are they reverse-engineered alien craft?

Thank you for taking the time to allow ATS members to ask you questions.

Do you have any knowledge in relation to an alleged 'New Area 51'? Has the current Area 51 run it's course and become too publicised? Have secret projects, whether they be terrestrial or otherwise been transferred elsewhere - perhaps to a 'New Area 51'?

Kind regards and thank you again.


Hello Bill, nice to meet you!

I was wondering if you have any knowledge of Flux Liners? If so could you share any info about them?

I have yet to read any of your books but I will start now.


Good afternoon Mr. Yenne, and thank you very much for coming to ATS. I'm really looking forward to seeing your answers to some of the questions I'm sure you'll be asked (we have a rabid, and VERY smart Aviation section here).

My question is related to something found in 2005. If you look at a copy of the Wayback Machine, and look at the biography of Col. Joseph Lanni, who commanded 412th Flight Test Center at Edwards in 2004, you will see the YF-24 listed (later copies removed it). I have heard everything from it not existing, and being a typo, to it being related to the Boeing Model 24F, test aircraft (which has a very interesting PDF related to it, and various control system tests). I've heard that the Model 24F DID fly (even though Boeing says it was only a windtunnel/RCS test). The Air Force said that it might have been the X-24, that flew before Col Yanni was even in the Academy.

Have you ever heard anything about a YF-24 flying at Area 51, or anywhere else for that matter?

With the F117 being developed in the 70s and not seen by the public till the 90s what or more precisely how advanced do you suspect military avionics are today, ATS had a thread about Boeing I think it was working and admitting to working on anti gravity device, The question, do you suspect the either military or some corporation to have use of what would be super advanced technology that would seem alien to the average observer? 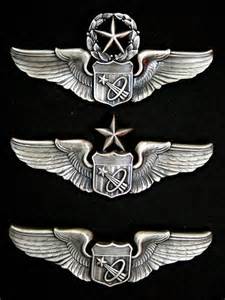 Did you ever meet Chuck Yeager, and is it true that he never got his astronauts wings.

I don't know why i feel this is a dumb question... but its ask me anything right?

Have you seen anything that is NOT of this planet at this facility?

It is known that the USAF once built a saucer-shaped craft that failed to meet the expectations we would have of a "flying saucer".

Are there any military or private projects currently developing or testing saucer-shaped crafts?

How much more do you know about these projects that you aren't allowed to write in your books or tell others?


Welcome to ATS, Bill. I appreciate you taking the time to do an AMA session with us.

I have one question. Have you ever been made to sign a nondisclosure agreement with a Government agency, that you have decided was not one you should have. If so, your feelings on this.

Thank you for your time.


In your opinion based on your research, has there ever been alien technology or alien beings held at Area 51?
If so, do you think these projects were moved to other locations once the press/public learned about the base?

Thank you, and please forgive my ignorance of your previous work.
edit on 24-3-2014 by thesearchfortruth because: eta, rewording