posted on Mar, 21 2014 @ 03:07 AM
link
Okay, So my Best friend and his wife moved into their first home and even the real estate lady could not give them a answer for this towel bar that is mounted to the wall in their entry way. I had a few drinks and laughed at them telling them on a impulsive response, as I took my clothes off and wedged my hoody and pants up into the bar and it stuck or hung...... "Its some weird idea of a coat rack." I told them.

I took one pic before my Iphone battery went dead. Right? I know, just like an UFO the important pic you take is in bad light and no charge on the camera. But I know where it is and will take more tomorrow for members, LOL.

It has one square side and the other three sides form to an equal angle. I figured an catch for clothing? It does not rotate 360 degrees. I most likely am wrong, but have any ATS members seen anything like this rack before?

My friend thinks that because I am a conspiracy nut on ATS, that he thinks now that being on this site may cause for a discussion and solution to his question..... Maybe after this he will become a member.

I vow to ATS that I may get skeptic that I know personally to join this site from a mysterious object in his house. I told him it was haunted just to add the gray area to his ideas or irrational thinking, LOL

Here's the pic, What say you ATS 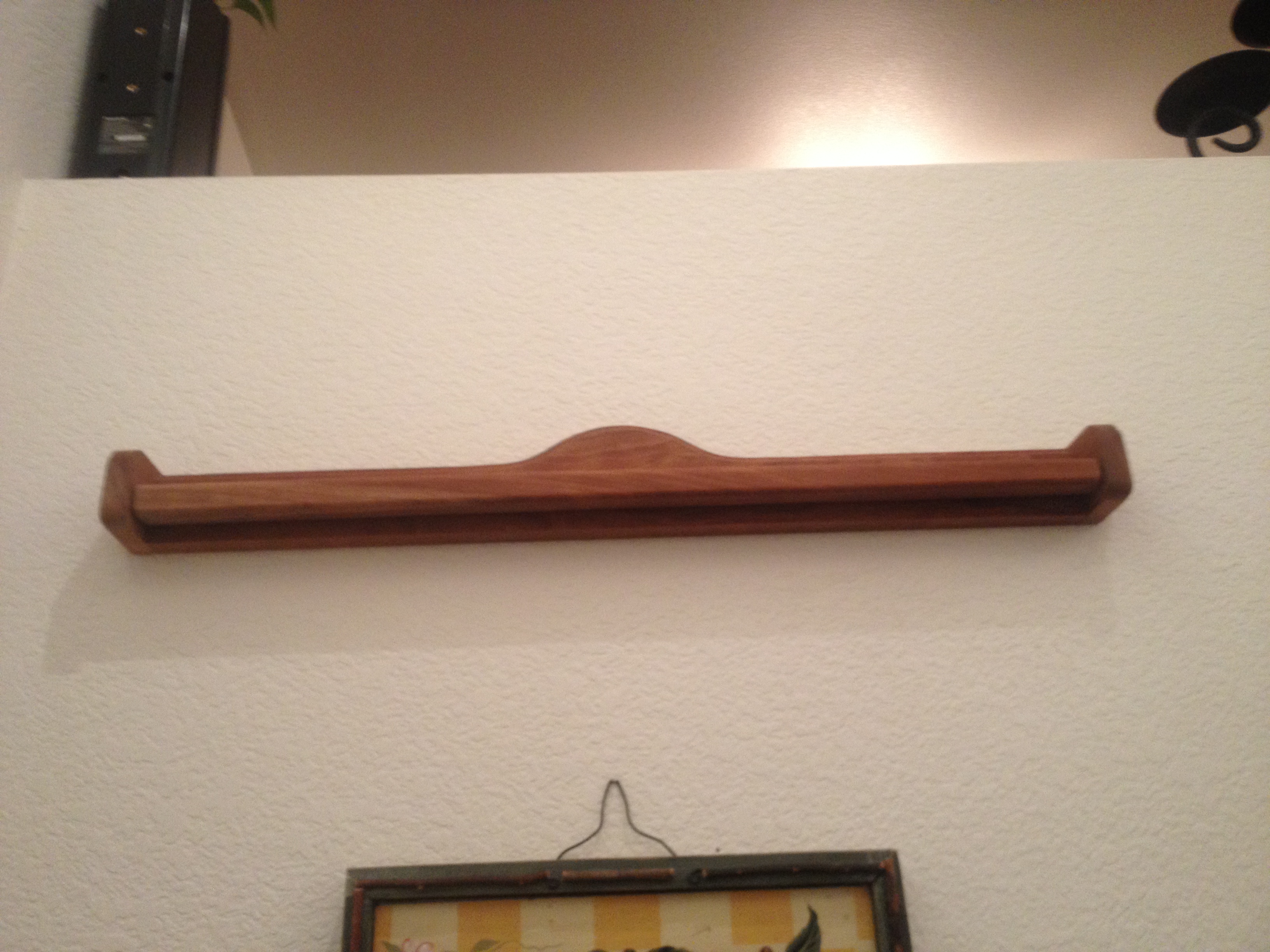 
Seems too modern, but I can see how that makes sense. His wife is full-blooded japanese, you would think that see would have guessed that, LOL.

doompornjunkie
Just refer to it as 'modern art'...
edit on 21-3-2014 by doompornjunkie because: (no reason given)

I told him "its only because she's short and can't reach that high."


This is exactly what it is. You can get them in modern styles like this, or hand carved for a period or ethnic piece. They make them all sizes for hanging quilts etc. It was probably for a small tapestry with some prayer or 'welcome to our home' or some other thing.


This is exactly what it is. You can get them in modern styles like this, or hand carved for a period or ethnic piece. They make them all sizes for hanging quilts etc. It was probably for a small tapestry with some prayer or 'welcome to our home' or some other thing.

Thank you. Now I feel embarrassed.

After stripping down and hanging my hoody and pants on it, tomorrow I tell her what it is for I'll get slapped again.

She's Japanese and has many tapestries to show, she'll love it.


Check to see if it has a small groove running across it. If it does, it's a plate display shelf. 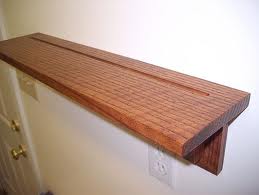 Maybe they used it to hang a tapestry in the past.

I have racks like that for displaying my quilts.
I would guess that they might have used it to hang their neck scarves on judging by where they chose to place it.
That would be a great use for a quilt rack!

The quilt and scarf rack makes since.

Again my ideas while drinking are creative, but short of sense, lol.

I hung my hoody and pants from it. *slaps forehead*. Hahaha

His wife probably thinks I have many screws loose.


That's awesome! Thanks for the good laugh. I thought orb? Ohhh the light... Or is it?
I'm glad to see the turnout of replies from members, thank you all for you debunking.

posted on Mar, 22 2014 @ 12:00 AM
link
Can't tell from the picture angle if it has a gap in the surface, but if it does, then I used to have something like that in my mudroom to keep a towel handy for dirty /wet dog paws.