I came across this just now and thought it was too weird to not post.

I must admit that at first I was getting kind of sick and tired of hearing about this flight. Yes there are hundreds of people missing and no matter what happened they are probably gone now and that is very sad. My heart goes out to the friends and family of the missing flight crew and passengers.

It is known that some people look for a conspiracy in every single current event...I must say that sometimes I cannot blame them as a lot of what we are told is a lie so it isn't that weird to question things.

I am not saying with certainty that there is some type of conspiracy behind the missing plane but there sure are a lot of unanswered questions which deserve answers. 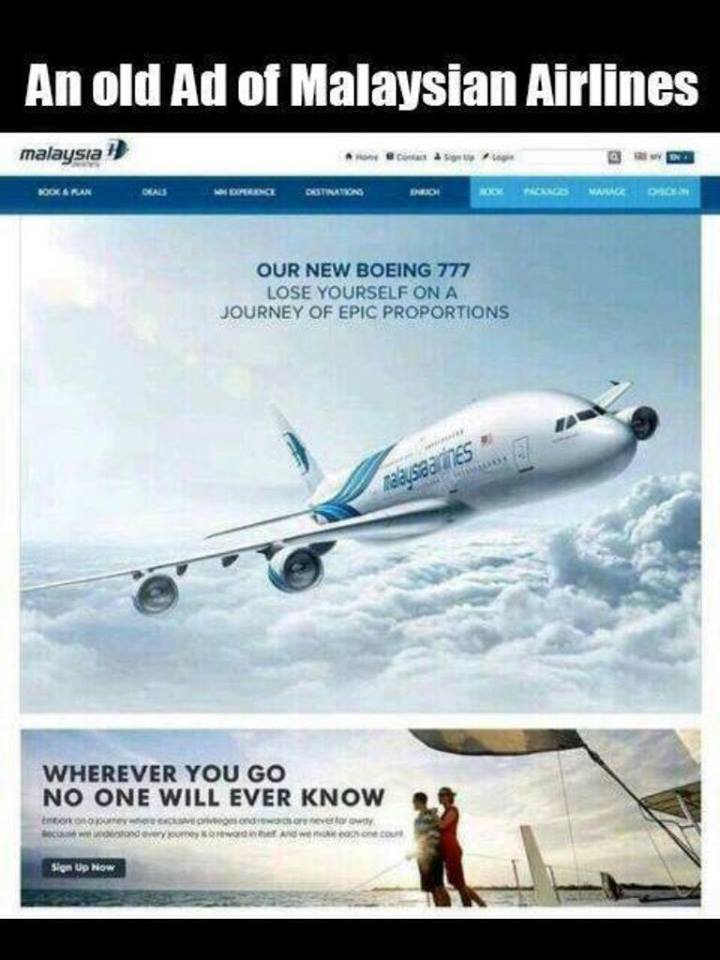 Apparently the image is a hoax.

The message is a hoax. The poster is not a genuine Malaysia Airlines advertisement. Real Malaysia Airlines promotional material has been altered to include the fake slogans. The pictured aircraft is an A380, not a 777. The fake ad is apparently a misguided and very poor taste attempt at humour.


Thank you, I figured something was off about this.

I will alert the mods to trash this thread...