Military spending more now than it was during the cold war/nuclear arms race. 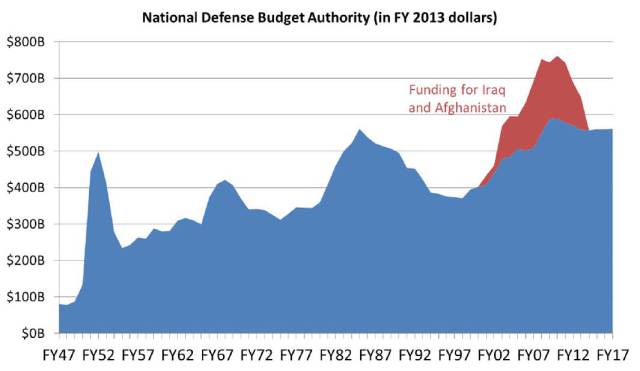 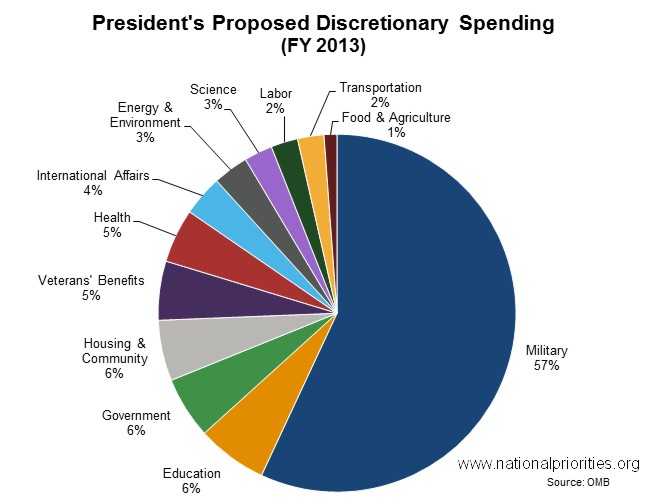 Kind of provocative when you realize it shows that we’re spending well above the Cold War average, even without adding in the funding for the Iraq and Afghan wars.

Our government is allegedly waging a "war" on a tactic...

It would stand to reason that the Military Industrial Complex LOVES "radical terrorists". 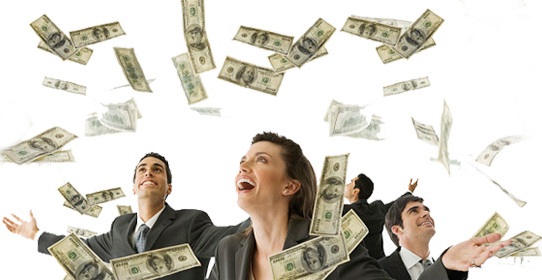 To the point where our government is now openly supporting and funding Al-CIAeda.

They dont even care to hide it anymore.


Here's an additional eye opener. I think the U.S. can drastically afford to cut their military budget and focus more on issues affecting Americans here at home. You can easily see where our government's priority lies. posted on Mar, 17 2014 @ 05:24 PM
link
I have to agree 100% with this. We should only spend what we need to spend to ensure the security of the USA. That should be pri 1. Also, the military should only be allowed to contract with U.S. companies. Also, the war powers act shoud be discontinued. Also, we should be building MORE nukes, they're cheaper and much more effective. also, we should pass a law that our resticts the use of our armed forces for humanitarian purposes to U.S. citizens and U.S. territory. and as a matter of princile, we should gt out of NATO. The EU kind of makes NATO redundant for the U.S. znyway. Close our bases and embassies overseas would save even more. We havw the internet why do we need a state department in the first place? . tell people if they want to travel overses they do so a they're own risk. they do anyway. Yes,there areso many things we could do to keep ou dollars in the USA where they BELONG. Telling the rest of the world to stay out of our business and we'll stay out of they'res? PRICELESS!

posted on Mar, 17 2014 @ 05:28 PM
link
The limits of military power have also been exposed in the post WW2 era. In Vietnam America was not able to impose its will and the Soviet Union in Afghanistan. Nuclear weapons have kept major wars between powers from happening and considering all this that spending is looking rather wasteful from my perspective. Other than the Korean war shortly after WW2 I would be hard pressed to name a conflict where a major power gained a positive outcome using military force and even then it was only positive for half of the nation.
edit on 17-3-2014 by john452 because: (no reason given)

I thought I'd just post this here for future reference. Interesting perspective. 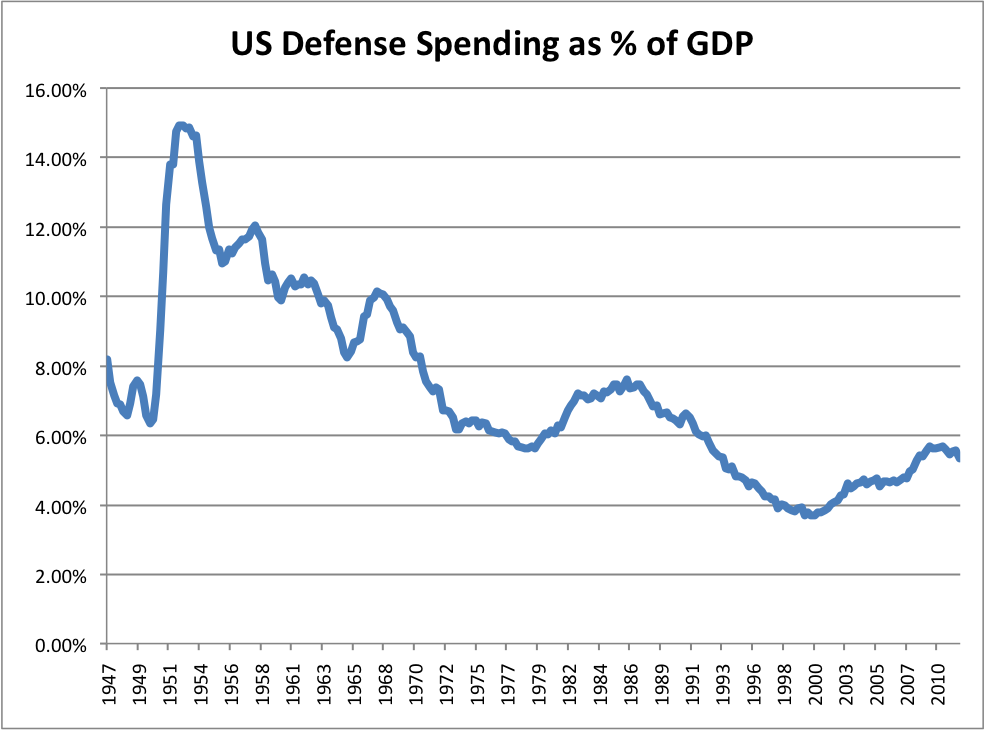 There is a joke in modern American politics–the Republicans want a big defence force they don’t want to use anywhere and the Democrats want a small defence force they want to use everywhere. Implicit in the joke is that the Republicans like military spending and the Democrats don’t. Because the right is “strong” on defence and the left is “weak” on defence.

But is that correct? The 1991-92 Gulf War was the first time the US had got into a major war under a Republican Administration since the Spanish-American War of 1898 (it entered the Dynasts’ War, the Dictators’ War, the Korean War and the Vietnam War under Democratic Administrations). So, are the Democrats the warmongers?

Faced with a major external threat, a country (and its government) has three basic options; re-armanent, alliances or appeasement. They are not mutually exclusive, but they do involve different costs. In particular, re-armanent requires significantly increased spending, which means either increased taxes, increased borrowing or cuts in other expenditure or some combination thereof. If significantly increased regressive taxation is problematic–morally, politically and fiscally–then increased taxes will fall on the wealthy. (Estate taxes, for example, were relatively easy to collect and significantly driven by military expenditure [via].) Cutting other expenditure also tends to be politically problematic and is not likely to be sufficient. Borrowing simply defers the “who pays?” issue and, depending on the stance of monetary policy, can be inflationary, with inflation tending to be more problematic for income from capital than income from labour. Depending on exchange rate regime and other factors, increased borrowing and shifting production from civilian to military goods can also involve considerably increased state control over the economy.


It's still a rather large percentage of GDP compared to most other nations - 9th in the world. The following link has a full list of nations ranked by military spending as a percentage of GDP.

posted on Mar, 21 2014 @ 06:43 AM
link
The arms industry does not need radical terrorists. Jets and other expensive arms get built anyway. Of course the spending is more. Arms got more and more sophisticated and therefore more expensive. Just look at the F-22 and then the Phantom.