Live 1000 Years... In Your Mind - Criminals To Suffer For Hundreds of Years?

Imagine if you will, a time and place where there is only time... Imagine being able to live virtually forever, from just a pill. One pill would let you live hundreds, thousands, or millions of years in just hours, but all in your head. Imagine as well, this same pill could give a thousand year sentance to a criminal who deserved it. Perhaps this is possible, as per scientists at Oxford University. 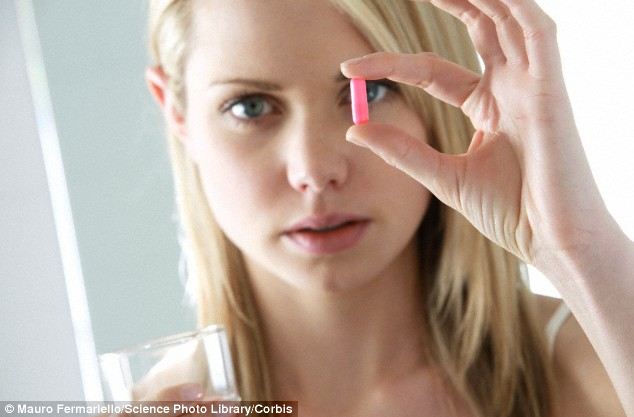 
Could we condemn criminals to suffer for hundreds of years? Biotechnology could let us extend convicts' lives 'indefinitely'
•This is the scenario being explored by researchers at Oxford University

•Philosopher Dr Rebecca Roache also writes in her blog that a time distortion pill could make people feel like they were in prison longer
•Another scenario the group looked at was uploading mind to a digital realm
•Running it a million times faster than normal would enable the uploaded criminal to serve a 1,000 year sentence in eight-and-a-half hours


What if you're stuck in the middle and want out? How would you get out? How could you let anyone know to get you out? Would this concept be considered inhumane in this case? 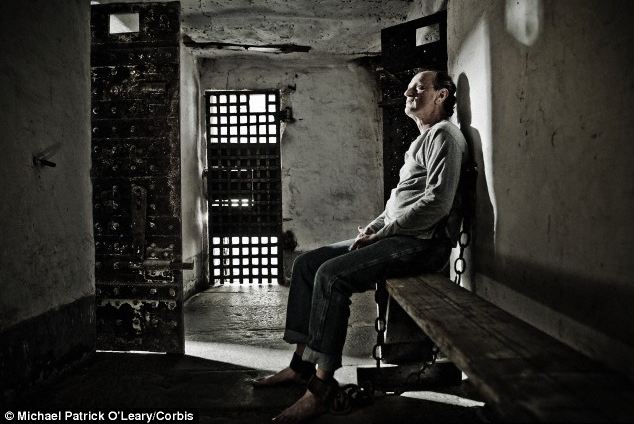 Sentencing a criminal to 1,000 years in an artificial hell may one day become a reality.

At least, that is the claim of scientists at Oxford University who have been exploring controversial technologies that could extend human life.

They say billions are being invested in techniques that could mean the cruellest criminals will be kept alive indefinitely in condition befitting their crime.

According to their research, prison firms could also develop drugs that make time pass slowly, making an inmate’s sentence feel like an eternity.

Last year, a team of scientists led by Rebecca Roache began exploring technologies that could keep prisoners in an artificial hell.

One giant leap into time and infinity!

At the same time, I couldn't help but to think that this could perhaps give us the perception of living forever. But, then, who would want to live that long? You might think so going in, but once you're there, you're there for all.... time!

The story goes on to say that it's not just possible by pill, but by computer simulation.


Life extension technologies could mean the cruellest criminals will be kept alive indefinitely in condition befitting their crime.

As well as extending life, there are a number of psychoactive drugs that distort people’s sense of time.


Dr Roache said that might not be far off developing a pill that could make someone feel like they were serving a 1,000-year sentence.


Another scenario explored by the group is uploading the criminal's mind to a digital realm to speed up the 1,000 year sentence.

This means that with sufficient computer power, it would be possible to speed up the rate at which an uploaded mind runs.


Similarly, uploading the mind of a convicted criminal and running it a million times faster than normal would enable the uploaded criminal to serve a 1,000 year sentence in eight-and-a-half hours.

For those super baddies, like say, Hitler, Dr Doom, or worse... An eternal sentance!


If these technologies are developed, one crime that could ever justify eternal imprisonment was something that would endanger mankind.

‘Suppose there was some physics experiment that stood a decent chance of generating a black hole that could destroy the planet and all future generations,’ said Dr Roache.

'If someone deliberately set up an experiment like that, I could see that being the kind of supercrime that would justify an eternal sentence.’

So what do you think ATS?

posted on Mar, 15 2014 @ 08:24 AM
link
It may well have its uses, maybe even positive uses. Given the way the information is presented, it stinks! We know that "evil" people are severely damaged one way or another. There is no getting around that fact.

Does anyone have any idea how soul destroying it is to be damaged and spend your life attempting to show people damaged you may be, but bad you are not? Move that forward a little to being born/nurtured in such a way you become evil and twisted, you know you don't fit in, but you cant help yourself doing whatever unacceptable thing you are driven too.

Why would we want to hurt these people any more? I am all for accepting the fact that the damage is at this point in time irreversible, we don't have enough understanding of the brain to do anything positive for them. I totally agree with locking them up for life, I agree with the death penalty in certain circumstances too. But this suggestion/invention/discovery is about torturing damaged people. what does this say about us a race? about our society and understanding?

I think its stinks!

Just went back and looked, and still no luck.

I hear the search function here is not as good as google search some times . edit took your search in google and here you go www.abovetopsecret.com...


I read about this earlier.

The person making the statements about it thinks it is ok to make people suffer in hell for a thousand years.

I think the people even contemplating this should get to suffer it first, just like the police and military have to get gassed and tasered before they can carry it, so they know how bad it sucks, so they understand the torture they are inflicting on others.

The long life part was pretty sweet, and worth investigating.

But the parts ( which seemed to be most of the article, and was semi obsessive on the part of the author actually) about torture and ,making it last thousands of years is pure evil at its highest level.

Yes there are bad people like the parents the author describes, but honestly, making them suffer for a thousand years what they did to that little bot seems kinda...hitlerish to me.

If they must die, make it quick and clean, why torture them for an eon?

After the first few years their mind would be gone anyway, at which point your only inflicting pain on an animal for the joy of causing pain.

Hell I would not even wish this on hitler, or stalin or mao, and they are about the top of the barrel for being a giant POS in modern times.


Good enough for me.

MODs, if you would, shut er down!


Well it would save on prison costs. Imagine a life sentence that only lasts 8 and a (half?) hours.

"For killing all those kids I sentence you to 8 and a (half) hours."

If it really worked convicted felons would of course return from their "millennium" in a vegetative state. Then they could be released to some nursing home for the rest of their natural "life".

In one of them,can't remember which,there is a virtul hell engineered to use as a prison for people-and they get to experience a lifetime of hell,then are slowly tortured to death.When they awake in the "afterlife"they find they are in the next level of hell,for another lifetime of suffering.This repeats to infinity.

Which is a great concept for sci fi-but the fact some people are trying to make it a reality shows the depths of darkess which exists in our sad species IMO.

Hopefully a nice gamma ray blast from the sun will burn us off this rock before we see this become a reality.

The more I learn about the direction we are headed in,the more I wish I was born 10 000 years ago.

We are doing it all wrong.

posted on Mar, 15 2014 @ 09:14 AM
link
i got to say i thought it was pretty cool idea when i started reading then when i started to think about it they are trying to make a pill that will allow people to SUFFER for 100's-1000's of years it just shows that some of our greatests minds in the world are sat there working out how to torture people better its scary how our human minds work

posted on Mar, 15 2014 @ 09:32 AM
link
Welcome to the Matrix, pop this pill and now practice what you know until you are an expert in that area. Congrats, 5 years of mental training in 8 hours. Tibetan monks, yogi masters would love this.


Yeah i believe the better use of a pill like this would be to give it to brilliant minds they could do a 1000 years worth of work in just a few hours.

but also that looks like a problem more than anything would our brains be able to handle would it send them insane or would it cause the brain too much dmg by having to process 1000 years worth of memory in just a few hours i know our brains can handle alot and little is know about it but would this kinds of pressure fry it ?

posted on Mar, 15 2014 @ 09:38 AM
link
There was an episode of Star Trek DS9 where Chief Engineer O'Brien was sentenced to 20 years in a pretty crappy prison..It affected him to the point where he almost committed suicide after his release..

I feel as though this tech has been around at least the past 100 years already. Someone slipped me one in 2008 (or was it 1908?) and Obama has been POTUS ever since. It's like one big, long, miserable Ground Hogs Day! LOL

Seriously though, is it really necessary to punish someone for 1,000 years? I mean...does the punishment really fit the crime? We've abandoned the electric chair as cruel and unusual punishment but we're contemplating punishing someone with a drug induced penalty, artificially prolonging their agony? Sounds extreme to me. Be careful what you wish for. It won't be long until that tech is used for all kinds of unintended purposes.

I mean really, the focus of course is punishment, not rehabilitation.

posted on Mar, 15 2014 @ 10:09 AM
link
just seen someone on about these cards in another thread then when i clicked on a link this card was right next to it strange coincidence

posted on Mar, 15 2014 @ 10:38 AM
link
If something like this were actually possible, it should never be used.
This kind of bs just goes to show how little people understand why brutal crime is committed in the first place. Why wouldn't they spend those funds on some ways to help these criminals think a little less sadistically, or figure out the root cause of the problem and fix that rather then create this kind of unbelievable hell for a person.
Anybody who would condemn a person to a hell like this deserves to live it themselves.


I thought people were sent to prison as punishment, not for punishment.

I disagree with this. For those who harm children, death.

But 1000 years in hell? reminds me of that episode of star trek tng where miles was sentenced to 70 years or something, that lasted a few hours, for a crime he had no idea about on a planet they were visiting.

What next, mind scans to watch them suffering?

projectvxn
There was an episode of Star Trek DS9 where Chief Engineer O'Brien was sentenced to 20 years in a pretty crappy prison..It affected him to the point where he almost committed suicide after his release..

I've got brain damage from living life 1 day at a time, it seems lol