I know that most of the first-responders around here just went flying by me towards that directions and I can hear sirens everywhere.
Nothing on the news yet.

posted on Mar, 13 2014 @ 05:52 PM
link
PzFeed Top News
@PzFeed
BREAKING NEWS: Plane crash at PHL airport. All flights grounded, passengers being taken off plane in the middle of the runway.

posted on Mar, 13 2014 @ 05:53 PM
link
US Airways Jet made an emergency landing.
The nose gear collapsed after a failed take off.
The National News just had it. 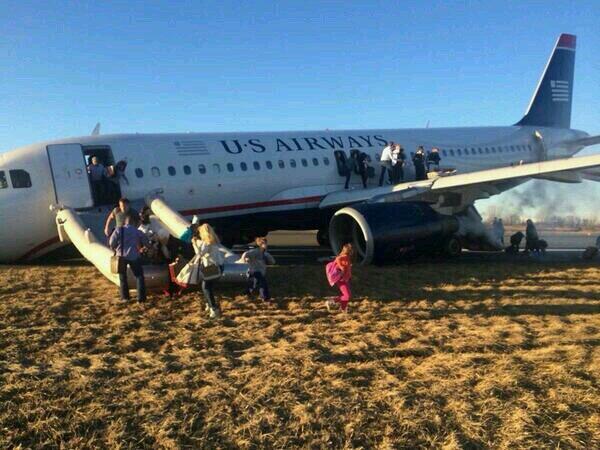 That looks pretty scary. So it collapsed before it could take off? Probably better on take off than on landing.

Hope EVERYONE is safe!

posted on Mar, 13 2014 @ 05:59 PM
link
Well they still don't know where the Malaysian plane went, it would be the biggest conspiracy ever if this plane that crashed was it.

I know it isn't, but the conspiracy side of me wishes it was. 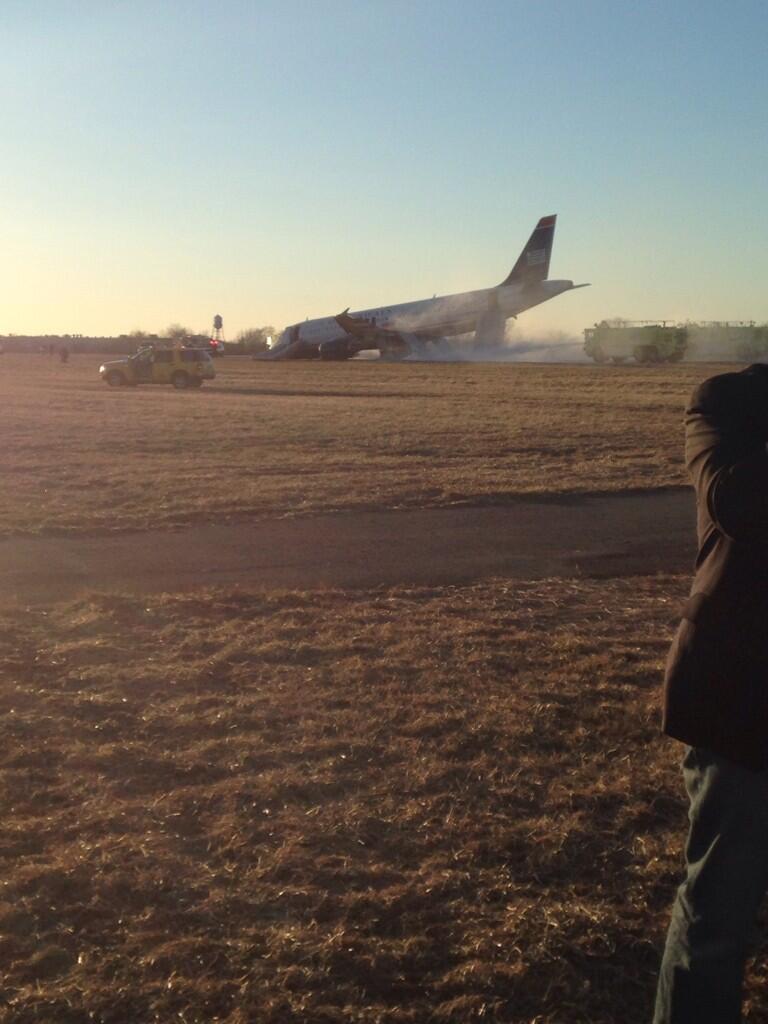 so it looks like it never took off, the front landing gear snapped and the plane just did a big nose grind.....that would be scary to say the least.

good job being on top of this

tsurfer2000h
Well they still don't know where the Malaysian plane went, it would be the biggest conspiracy ever if this plane that crashed was it.

I know it isn't, but the conspiracy side of me wishes it was.

Seriously, I wonder if that pebble I just kicked in my driveway is secretly the hope diamond.

That would be the biggest conspiracy ever if it was.

opethPA
Here is a pic from the event...

Wow that little girl and boy behind her look the same age as my grand kids, so glad this plane did not take off at all for everyone. Could have been much worse if that happened on landing.

Thanks but no thanks.

eXia7
Fear of flying in a commercial airline is not irrational.

Thanks but no thanks.

well they do say comparable to other forms of travel it is the safest.
what they don't tell you is, when most planes fall form the sky, the majority on that plane die.

a joke.
a little boy was on his way to boarding a plane when he started crying and refusing to board saying he didn't want to die.
the pilot of the plane saw and heard this, and went over to comfort the boy.
he told him that planes were safe and that it was the safest form of travel.
he then said to the little boy that he wouldn't die until it was his time
the little boy looked at the pilot and asked, what happens to me if it's your time.


I've only ever been up in 1 plane for around 45 minutes, an MC-130.. i trusted that plane only because I know it was maintained by a strict schedule, if I can help it, I plan on staying out of a commercial plane lol.