posted on Mar, 13 2014 @ 04:44 PM
link
Im sure many of the people here at ATS will have heard about the worlds biggest Bitcoin (btc) exchange that has recently closed down as a result of being hacked..or so they claim. Mark Karpeles quit his job as CEO after the bank announced that there had been a massive hack which unknown people stole 750000 btc from the gox website. 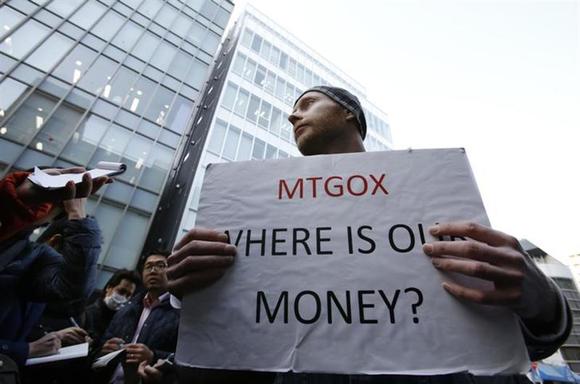 Well it now seems that hackers angry at the theft have hacked his reddit account and revealed what they claim is the truth of the matter. They have release some info at PasteBin.

Every transaction on MtGox since 2011 has been leaked online by hackers accusing the company’s chief executive of stealing their money.

I can only post some of what they said because some of it breaks ATS rules, but you can go the source and read it yourself

It’s time that MTGOX got the bitcoin communities wrath instead of Bitcoin Community getting Goxed. This release would have been sooner, but in spirit of responsible disclosure and making sure all of ducks were in a row, it took a few days longer than would have liked to verify the data.


Balance SUM for ALL USERS by currency.

There is a link to whats at pastebin in this article
www.theguardian.com...

I lost several 1000 due to mt.Gox suddenly shutting down. I was lucky enough to pull out my original investment just 2 weeks before the problems started but left all my profit online which has now vanished with mt.Gox. It was my own fault for not storing my coins on my own computer, in cloud storage or in a paper wallet(physical media). Any online bank is a risk.

Considering the amount of dodgy people out there who have probably lost millions due to Mark Karpele's it would not surprise me if he doesn't just vanish or meets a nasty accident. i would say at the moment he has the life expectancy of a carton of milk.

posted on Mar, 13 2014 @ 05:49 PM
link
Storing money on the cloud is a horrible idea. If people simply would have done transactions on a "need to" basis they wouldn't have lost nearly as much, if anything at all.

I'm all for bitcoin, but it seems many bitcoin fans are so blinded they didn't even think of these eventualities.

Stop storing your money online people, paypal or anything else included.

Bit Coins were no exception. I had registered at a mt gox site and thought $250/bc was a good deal, so bought 4.

I should have seen a red flag when they didnt accept credit card nor paypal as a purchase method!

I had to wire funds to them. Couple months later, now a bc is worth 0. $250/each depreciation in less than 3 months?.. can you say Mt Gox FRAUD much?

They're filthy liars. Even online, theres no way for a 'hacker' to have stolen the bc... permanently.

BTW, I find the title misleading unless the CEO "HAD" the email hacked so that it could reveal so and so. Can someone explain that part?


BTW, I find the title misleading unless the CEO "HAD" the email hacked so that it could reveal so and so. Can someone explain that part?

I you have something, anything, of value someone is on the hunt to cheat you out of it. Always. BC seems to be no different. Nothing against the crypto-currency concept, I think it has merit. This is just a crook doing what crooks do.

Just my PITA POV, until some of these white-collar/finance crooks start meeting untimely demises (they have bought the justice system so forget about 'justice' there) not much will change.

posted on Mar, 13 2014 @ 06:30 PM
link
As I said long ago, a currency exchange cannot go bankrupt and MTGox did, a scam indeed.
Up with the torches, no need pitchfork.

posted on Mar, 13 2014 @ 07:03 PM
link
The whole situation must have brought a lot of shame on Japan where the bank was based. I wonder if they will bail them out?

All crypto users claimed from the beginning that this was a proper alternative to the corrupt fiat monies systems of tbe world.
And avoiding the evils of banks.

so what did they all do? They used crypto banks and crypto exchanges.
and those dirty ceos did all the same things.
It's like watching the history of usd in very fast motion.

When will people learn.