Why I Have Decided to NOT Care About the Missing Plane.

posted on Mar, 12 2014 @ 05:15 AM
link
Over the past few days I have been keeping my ear to the ground for information on this missing plane. I have come across quite a fair amount of information.

As of about 30 seconds a go I have just put my hands out and decided I'm out.

To me, this appears like information put out into the world to test how people react, distract everyone and basically turn us into lab rats. It would not be the first time a government has done something like this, it's called misinformation and it helps them figure out a means of control.

Now I'm not stating I have proof here, but so far I have heard that, there was an extremely talented calligrapher on board, capable of copying bank note writing. I have heard that the people's cell phones have been working still. That the plane has been lost, then found! Then lost again... Now I hear that the government have shot it with some crazy cloaking ray gun and that's why we can't find it...

I mean, c'mon guys! This is getting crazy. All this speculation is NOT going to help us find the damned thing. All it is doing is distracting us from other, probably more important issues in the world. 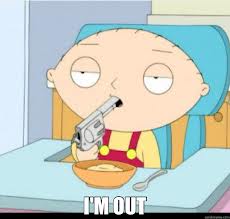 Note to MODs: Please move if in wrong topic, struggled with where to place this one.


Have you considered the possibility of a hoax? Do you know anyone that knows someone who went missing?
I am not saying it is a hoax, I just know a psi op when I see one.

How to be a 24 hour media, tell us nothing and yet keep us dangling at the edge of our seats.

Its a science and the possibilities are endless.

posted on Mar, 12 2014 @ 05:23 AM
link
Honestly, How the hell this is distracting anyone ? I checked this many many times. Normal people will be distracted of corse, but people like me and many other will look for everything. You cant distract someone that has already set his mind on everything. Righ now i care for the Plane as much as Ukraina, UFO , Bills and what ever. The point is to let yourself not be distracted.


The misinformation you speak of is all due to speculation.

The media can do nothing but speculate, it happens during every big event, if you want to think its deliberate, that's your prerogative.

But they're just doing what plenty of members here are doing...speculating. Don't sweat it!

posted on Mar, 12 2014 @ 05:54 AM
link
I wonder if they're looking at the wrong place mm. This person seems to have an interesting theory that could work: mh370lost.tumblr.com... but they're asking to look around Beijing, however if the plane did indeed turn around to Malaysia, it could be possible that it flew right past it as people were knocked out on board due to lack of O2, pilots inclusive (this would explain why the pilot dropped altitude - either to see where he was going as his instruments were knocked out or to get to O2 rich air). The cellphones were on because the plane had cell capabilities but the people weren't awake to operate them and eventually passed away and then the day when the phones stopped ringing would be the day when the plane ran out of fuel while on autopilot and is now somewhere in the middle of the Indian Ocean? This doesn't explain why the black boxes can't be located - do they have to be turned on or what? Maybe they're underwater?

posted on Mar, 12 2014 @ 05:59 AM
link
OK guys! This is not the place to just put more theories! I'm done speculating on the plane. I worry for the people and pray that they return safely, but this is getting too crazy.

I also don't wish to be apart of some lab rat test, my speculation will not help, it is only feeding a possible experiment that has used the lives on human beings.

Just as I post this, the two people I'm sat with at work have just gone: "Anyone know what's happened to that plane?"

It's literally everywhere, on half the threads and part of daily conversation. I'm sick of hearing about it. Someone tell me when they find it, then we can speculate together about conspiracies.
edit on 12-3-2014 by iRoyalty because: (no reason given)

posted on Mar, 12 2014 @ 06:23 AM
link
I am glad to hear people care about finding the plane, because it's not about the plane, it's about the people on the plane. And god help them for what ever has happened. If my family was on that plane I would be torn apart with " where is the plane" ...but also thankful that people in the world are asking and caring too.....you ,OP, are only " over it" because you don't have an answer. How selfish! I assure you if your mother, brother, or child were on that plane you would not be " over it".

Meldionne1
I am glad to hear people care about finding the plane, because it's not about the plane, it's about the people on the plane. And god help them for what ever has happened. If my family was on that plane I would be torn apart with " where is the plane" ...but also thankful that people in the world are asking and caring too.....you ,OP, are only " over it" because you don't have an answer. How selfish! I assure you if your mother, brother, or child were on that plane you would not be " over it".

Not true at all, I care about the missing people, but how is speculating about what has happened to the plane going to bring them back? Do you think a theory written here on ATS is going to be a direct result of every life on that plane being saved? No.

The emergency services will do their job regardless of what we say here. In fact all that is happening is that we're facilitating the possible spread of misinformation, which could actually hinder the rescue operation.

So tell me, since you have started talking about it what revelations have you come up with that could potential help the people on that plane? Then tell me again why it's selfish that I don't want to talk about it.

If my family members where on that plane, I'd be loosing enough sleep thinking about it without having to see it everywhere, hear people talk about it everywhere I go etc. I'm sure the mass media coverage is more distressing.
edit on 12-3-2014 by iRoyalty because: (no reason given)


Look, I think it should be in the news, it should be of interest. This is too much though, the media are blatantly holding back information purely to make us go mad and buy newspapers.

What's more sickening is that people are profiting from this whilst possibly hindering rescue operations.

You just made me mad by calling me selfish since I have dedicated my life to selflessness.

All I'm asking is for people to stop being lemmings and all going mad and jumping off the same damned cliff we've jumped off a million times before.

posted on Mar, 12 2014 @ 08:10 AM
link
The plane will be located, wreckage or not in the least likely of places only adding to the mystery of what happened.

posted on Mar, 12 2014 @ 08:20 AM
link
maybe global warming caused the plane too vanish,,,I mean think about it,,the plane hits a gaint pocket of C02 and Bingo,, its taxed out of existence 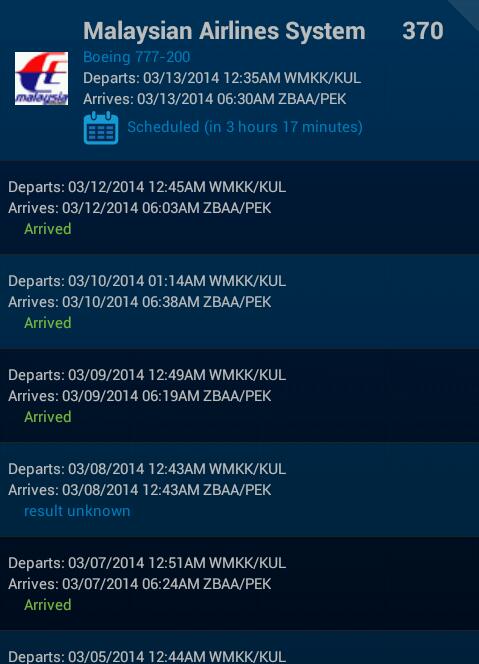 
That, or "they" used the plane to steal and transport all of the gold out of Ukraine.


Tho not trying to come out as a jerk or something.. but...

If you have a family or friends on that plane, im sure this would be the most important thing in the world.


This is just an insensitive way to be. How would you feel if you had a relative on that plane...would you care more then? What if you were on that plane? Would you want everyone to quit being concerned and think finding it or speculating about it would be a wast of time...I am not a lab rat because I care...I am not a lab rat because I listen to speculation...I am a concerned human being that wants to know the truth in spite of any speculation. You want to rant about it...that is being a lab rat.


I think this missing plane thing is a social experiment to see how the masses react and handle it, before TPTB create their false flag alien invasion.