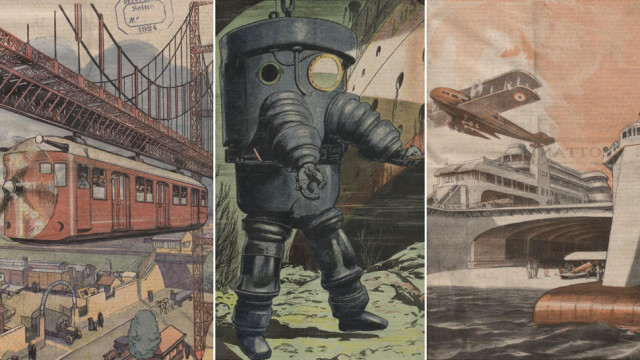 These amazing, almost 100-year old covers of the weekly French magazine Le Petite Journal are from the online collection of the french National Library. They show what were the most exciting innovations of the 1920s, and how people in Europe imagined the future of technology and science.

Ok, being a nerd I found this to be cool. I'm a comic book kid, grew up with them and all the various writers imagining how the future would look like etc. Here we have some of the coolest around. I thought I'd post it here and see what you think. How close did they get?

To be fair let's give them another ten or so years because many things are just around the corner...


Nice find!
I wonder where they expected to find a dinosaur however


Man those pictures bring back memories of the fallout games...
Now I want to play them again.

But anyway great find, I actually hope someone makes some of these pictures come true.

"How close did they get?"

I would say pretty darn close.

The one pic of the guy coming out of the metal ball in the snowy mountains, I can't help but wonder if that is a drawing of a return from space. Sure reminds me a lot of an Apollo capsule.
edit on 11-3-2014 by OatDelphi because: spelling/grammar


Nice find!
I wonder where they expected to find a dinosaur however

From what little I grasped from the caption below they were reporting an alleged pleisiasaur sighting near Buenos Aires.

Wow...they even had the foresight to predict a hit (fine, a semi hit) TV show for future Generations:


I guess people 100 years ago were just as much interested in Cryptozoology as we are?
Destination Truth with Josh?

Im with you on that!
I also believe that one picture also is a return capsule.

They also got the Skytrain and underwater welding right too.

I wonder if the people in the future would be doing the same thing about us today. I wonder how close our predictions are going to be.
edit on 11-3-2014 by snypwsd because: (no reason given)

posted on Mar, 11 2014 @ 04:30 PM
link
I think that The Book of Archie prophesied many present manifestations, though it's a little highbrow for many, leaning to the metaphysical with such far out concepts as time travel, magnetic vortices, and the ever elusive concept of living grace.

To be fair, though, the scribes of Archie did include some current events, in their revelations. We have the unibomber, portrayed by Archie, martyred for the serenity of the many. New Age occultism is revealed in The Sabrina Apocrypha. Sports fixing, love spells, to name a few. Even polyamory is addressed, and frequently, throughout every lesson. This unconditional love is shown to be central to the religion.

We are given glimpses of alien life, of UFOs. Too, the foibles of human nature and the corruption of power are frequently addressed. There's even some fall from grace stuff, as the kids grow up to realize that clothing does come off, but tattoos do not.

Perhaps the words were written such to confuse the wicked. Many students, when the Spirit invites them to reflect upon the Truth, will only see red, and spots.

I won't bore us with the chapters and references. It's up to each student to read the Book, find the treasure, and graft their branches onto the trunk which is fed by the root of Truth.

posted on Mar, 11 2014 @ 04:47 PM
link
Ok, we already covered all of them except with the dinosaur, balloon surgeon, mechanic airman.
They got it bit off with the details, but they nailed it, we DID and DONE all those things now (of course, not the dinosaur).

the dinosaur - except a few small animal, no dinosaur yet.
balloon surgeon - we know its a dangerous operation and not that economy
mechanic airman - we call them flight engineer and they just switch buttons

Can cross others, done.


Drama at the bottom of the sea is def. my favorite haha.

Although some of them are pretty accurate, welding under water, parachute record. Interesting.
edit on 11-3-2014 by strongfp because: (no reason given)


I guess people 100 years ago were just as much interested in Cryptozoology as we are?
Destination Truth with Josh?


Absolutely! Curiosity is one of the great constants of humanity and I hope it always will be.

Love your threads by the way it amazes me how you find all this stuff. I can barely get off this site nm webcrawling.


It says an expedition was sent to Buenos-Ayres, because people reported seeing a pleiosaure. I know that to this day, people still claim to see some dinosaurs in South-America.


Actually, this Piccard became the basis for Professeur Tournesol in Tintin, by Hergé. 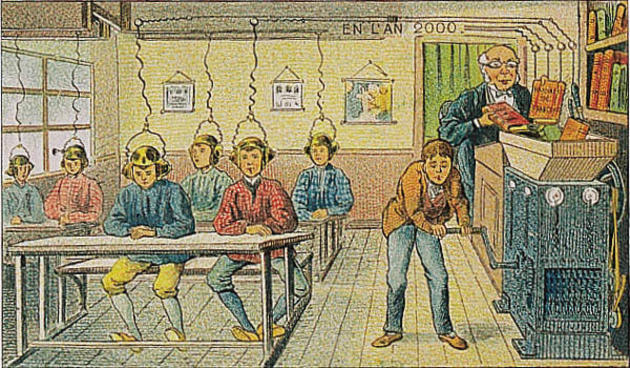 Dont worry, soon, for now we can make somebody quit smoking, and that is one of the hardest.
But I dont like the idea at all. Once its common, we might suddenly worship Great Leader. I rather be the turning boy than those sitting.
edit on 11-3-2014 by NullVoid because: (no reason given) 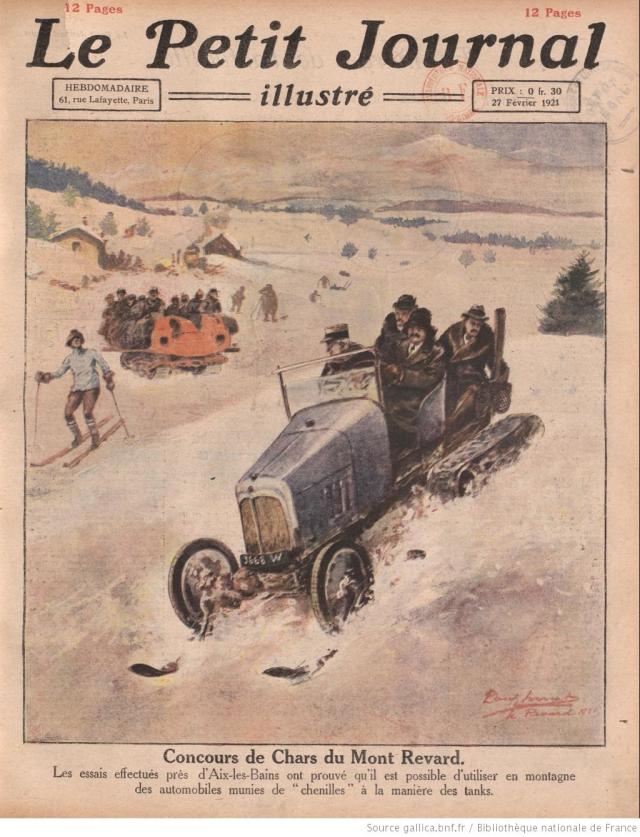 The French engineer Adolphe Kégresse converted a number of cars from the personal car pool of the Tsar of Russia to half-tracks in 1911. 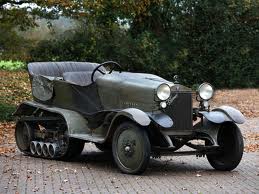 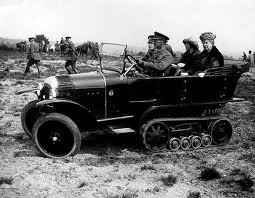 I love this one, its my favourite 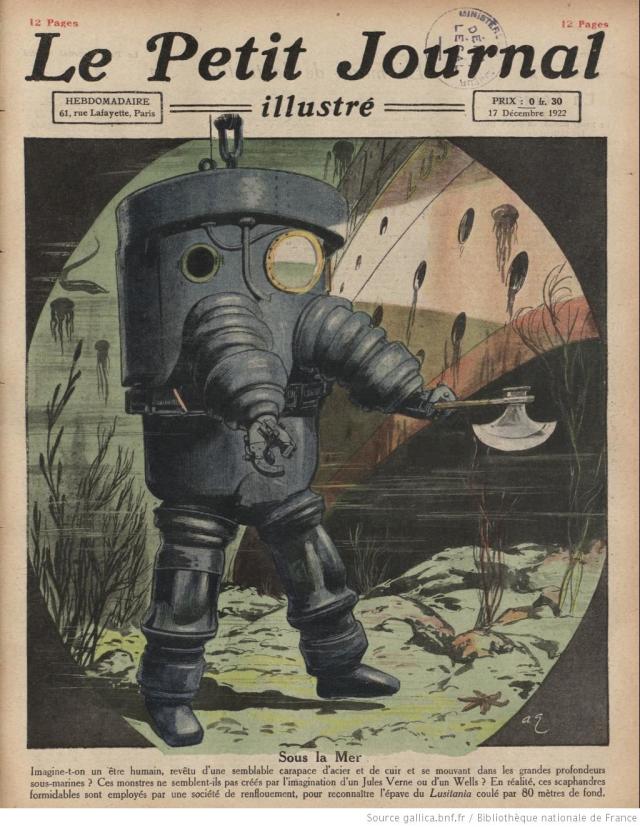 A medieval axe?
I cant think why he would need one 80 meters underwater!
But its good fun wondering.
The picture above says diving on the Lusitania in 1922, then only 13 years later they did just that

Two divers, one wearing a 1 atmosphere diving suit and the other standard diving dress, preparing to explore the wreck of the RMS Lusitania, 1935 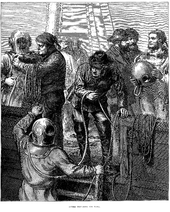 Thanks for the thread John, apologies for grumbling but thats my perogative

posted on Mar, 11 2014 @ 07:37 PM
link
You never want to find yourself at the bottom of the ocean without your trusty battle axe! Although it would be a little awkward to swing it in that suit with the positioning of the arms...they were close though, with the axe and all. Oh well.

I love stuff like this! I think I know what I was meant to be now. A pulp Sci Fi writer and or illustrator from the 20s. My career would go up into the 50s or 60s and I would die after seeing Star Wars in theaters knowing that Sci Fi was set to stay alive far into the 21st century at least. It turns out that George Lucas and all those guys grew up reading my stories in my pulp publications, "Wild Amazing Space Adventures In Space!" and " Unknown Space Mysteries Of The Unknown...In Space!" See the way I imagine marketing worked back then was that everything was always more interesting if it was "In space!", even if it already had the word "space" in it.