Is Putin about to blink? 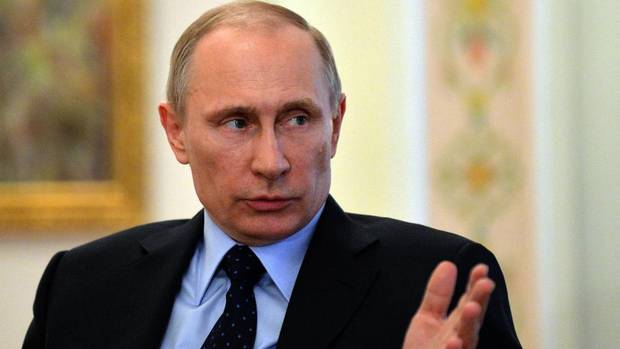 The “legitimate leadership in Crimea is taking actions based on international law and with the aim of guaranteeing the legitimate interests of the population of the peninsula,” Mr. Putin told German Chancellor Angela Merkel and British Prime Minister David Cameron. He added that Russia was interested in finding a diplomatic solution.

Western leaders and Ukraine’s new government have insisted the referendum is illegal and they will not recognize the outcome. They have called on Russia to de-escalate the situation or face possible sanctions.

The high-level contacts came as Ukraine accused Russia of sending more troops into Crimea over the weekend. According to the Ukrainian government, Russian soldiers have surrounded six military bases, blocked 11 border guard units and impeded access to the outer bay at Sevastopol.

“Let the Russian president know, we will defend every centimetre of Ukrainian land,” Prime Minister Arseniy Yatsenyuk told a large crowd in central Kiev on Sunday. “This is our land.” Mr. Yatsenyuk later announced that he will travel to Washington this week for talks with the U.S.


What possible diplomatic solution? How can this possibly end that way and in what form? Don't get me wrong, I'd love to see this come to a peaceful solution, But what shape will this look like? How do you think this will play out?

Crimea staying in Russian hands while the rest of Ukraine goes with the West? I seriously doubt Russia will give up their bases in the Crimea, is Putin simply stalling while he consolidates Russia's hold?

Thoughts on what scenarios may play out for this possible 'diplomatic Solution'
edit on 9-3-2014 by SLAYER69 because: (no reason given)

If he's offering to take a diplomatic solution with one hand, you can be sure that he's working behind the scenes with the other hand to make sure that Russia gets a land grab in this situation or something.

The dude is stone cold. No blinks.


Western leaders and Ukraine’s new government have insisted the referendum is illegal and they will not recognize the outcome. They have called on Russia to de-escalate the situation or face possible sanctions.

If Crimea holds their referendum and sides with Russia (which I'm sure they will) it makes no difference what the west or anyone else says about it. At that point Kiev will not be able to take it back as the entire Russian military will be at the disposal of Crimea.

Sanctions are a failure and will hurt the EU worse than it will hurt Russia who in addition to turning off the gas is getting ready to seize western assets in Russia.

Kiev better hope Putin stops with Crimea but I don't think he's going to let the new Neo-Nazi lead government stand right on his doorstep without doing something. Also it's obvious the whole mess was orchestrated by the west so I don't see how he can let that stand either.

If he's offering to take a diplomatic solution with one hand, you can be sure that he's working behind the scenes with the other hand to make sure that Russia gets a land grab in this situation or something.

The dude is stone cold. No blinks.

Underneath Chuck Norris' beard is Putin with a dead stare.

Apparently there were pyramids found in Crimea. m.disclose.tv... So, maybe that's all Putin wants?
edit on 9-3-2014 by WordsAreAvenues because: (no reason given)


They have called on Russia to de-escalate the situation or face possible sanctions.

You two seem to be giving the impression Russia may take the whole of the Ukraine?

posted on Mar, 9 2014 @ 01:53 PM
link
What he's really doing is offering western leaders a way out of the corner they've painted themselves into.
There is not a chance that he's going to withdraw from Crimea, so as long as western leaders are publicly demanding complete withdrawal they face a choice between being humiliated or declaring war.

I would think that his "diplomatic solution" would be partition. "If you accept that "the will of the people" in the Crimea is to attach themselves to Russia, we guarantee not to interfere with the will of the people in western Ukraine to associate with Europe".
I believe western diplomats ought to be rushing to set up private meetings and close on that probable offer, once it has been suitably dressed up with referenda.
That kind of compromise is the best the West is likely to achieve, and it gives both sides something of what they want, with nobody losing too much face.


I don't know if Putin would try to take over the entire Ukraine. He might ... there is nothing to stop him. But I was just referring to Crimea. He won't 'give it back'. Why should he? He has no reason to.

What I mean is a former ally switches sides... the opposing team makes a big push into your neighborhood and just like that everyone's ready to launch the nukes.

only this time it's not happening off the coast of Florida--- it's happening in the Black Sea and I'm still trying to figure who the good and bad guys are?


You two seem to be giving the impression Russia may take the whole of the Ukraine?

He may but I doubt it. I also doubt he wants a new NATO "defense" shield right on his front door, remember what Kennedy did with Russia trying to park missiles on our doorstep.

My estimate is he will take Crimea and work out a diplomatic solution to Kiev. Unless of course the Neo-Nazis or our mercenaries can't restrain themselves and start shooting in which case things could get hot.

posted on Mar, 9 2014 @ 01:59 PM
link
He,(Putin), has the fear of God in him. I seriously doubt Putin is stupid enough to kill most of the life on the planet and subject what's left to a gruelingly, slow and painful death.

Cuba switches sides and turned Communist and Guantanamo stayed a US Naval Base.
Ukraine switches side, Russia takes all of the Crimea and may take all the Ukraine?

agnisvaha
I seriously doubt Putin is stupid enough to kill most of the life on the planet and subject what's left to a gruelingly, slow and painful death.


I dunno. I wouldn't put it past any of the ego-maniacs who run the planet.
No one really knows what is in another persons head ...


Maybe they will, eventually; they have to start somewhere.

posted on Mar, 9 2014 @ 02:07 PM
link
I wonder if Putin has puppets set up in the Crimea to do his bidding. You get it? They are going to do things legally. That is the takeover is from within. He probably is setting up people loyal to him all over the former Soviet Union. So when he wants to take those places over too, it will be from within and legal.

And the poor people think they have control and things are run democratically. They will find out too late, as a few of their friends and families are betraying them for power and money. And soon they'll be back to the old Soviet Union, with millions of them being murdered and all their rights being taken away.

posted on Mar, 9 2014 @ 02:13 PM
link
I guess nobody really knows exactly how it will play out, but the poster above that suggested Putin is offering a face saving option for others seems quite plausible to me.

It would seem the chickens have come home to roost for "the West" in this situation. While the situation isn't exactly the same, there is a precedent for Crimea to break away from Ukraine. The US and EU backed Kosovo because they were a different ethnic group, separating from Serbia in 2008, much to Russia's disdain.

The story on the surface is about Ukrainians seeking democracy (which they already had, just with a really bad government), but the real undercurrent here is expansion of NATO and US military and financial interests closer and closer to Russia. I don't think Putin will tolerate it without a fight, and will be prepared to start shooting over it. I don't believe that's what Russian necessarily want, but if they feel they are being backed into a corner who know's what could happen?

posted on Mar, 9 2014 @ 02:21 PM
link
All of eastern Ukraine is not all in the pocket of Kiev either. While Obama is on vacation there are pro Russian cities who wish to take part in the Crimean referendum as well.

Confirming just this were just released photos from another major city in east Ukraine, this time Lugansk, where pro-Russian protesters just stormed and took over the city administration building. Their demand: to be part of the March 16 referendum to become part of Russia. Link 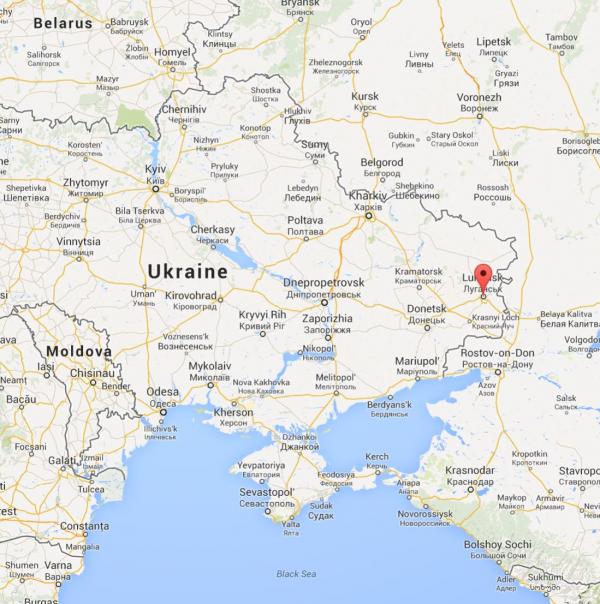 ETA: Russia is also building a base of more support. This time India.
India Backs Russia’s ‘Legitimate Interests’ in Ukraine
edit on 852pm1212pm22014 by Bassago because: (no reason given)


Wow he really made it clear how he would stand up to pewt on his way out the door to go to Washington .Notice how someone out of politics can by appointment by a outside power take such a all knowing all powerful position ...He is a joke in a world of reality that does not fit history ...But it doesn't matter because he can get a consensus from other world leaders that agree with him .Not surprising because we know historically they are writing the history ,or at least trying to .. edit to add a link to the players in this mess www.globalresearch.ca...
edit on 9-3-2014 by the2ofusr1 because: (no reason given)


Being a soldier during the cold war in Germany, Russia will be crushed with economic sanctions from around the world.

This is just another example that communism doesn't work, only the common people will suffer.