Axis of Evil and the Great Satan 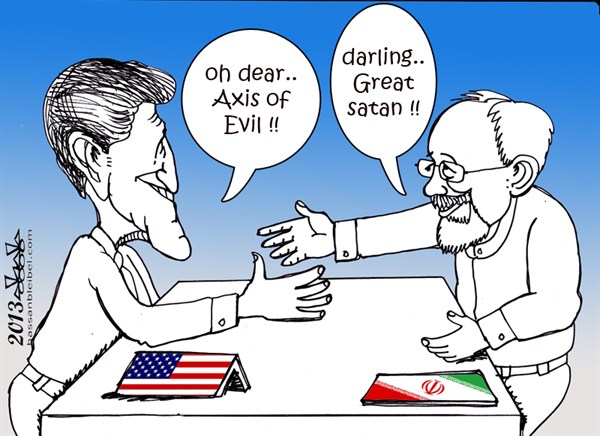 For Israel, warming U.S.-Iran ties are just as dangerous as smuggled missiles

The interception of the Iranian weapons ship Klos C by the Shayetet 13 elite naval commando unit in the Red Sea came amid a growing dispute between Jerusalem and Washington. That discord is the almost unavoidable result of the interim agreement that was signed by Tehran and the world powers last November in Geneva, with the aim of restraining Iran’s nuclear program.

Even though the security and intelligence coordination between the United States and Israel is continuing as usual (the White House confirmed on Wednesday evening that joint Israeli-American intelligence led to the identification of the Iranian ship), a discussion is developing in Jerusalem about Iran’s intentions and the kind of action that needs to be taken to thwart them.

Israel objected to what it perceived as the inordinate concessions made by Washington in the interim agreement, without a sufficient quid pro quo from Iran. But that is not Jerusalem’s only beef: It is concerned not only that the U.S. administration will be ready to make more concessions down the road, but also that President Barack Obama and his aides have convinced themselves that the charm offensive by Iranian President Hassan Rohani reflects a genuine change in Tehran’s approach, and that it will be possible, in the future, to ease the sanctions on Iran to allow it to reenter the club of law-abiding states via the back door. Indeed, the United States is already apparently looking actively for areas of a convergence of interests with Iran, in the hope of recruiting it to its side in realms where it serves American interests.

Here we have a story from HAARETZ about how possible improving relations between Iran and the US/West could be bad for Israel. I dunno, Israel. I think you may need to rethink this one. If Iran follows through with the concessions then whats the beef?

"America dropped its “axis of evil” rhetoric long ago, and now talks about complex maneuvering among the many rival camps in the Middle East"

With all that's going on in the world these days one wonders why not talk to those who are on apposing sides? What was the saying back in the day? 'Trust but verify' No, this isn't a major turning point in the ME but it is a possible start.

The articles goes on to outline Isreali concerns. Interesting read, But what are they talking about with regards to US/West and Iran?

(Reuters) - Iran and six world powers held "substantive and useful" expert-level talks over Tehran's nuclear program this week, they said on Friday, ahead of a new round of political negotiations later this month.

Seeking to build on an interim agreement reached late last year in Geneva, Iran and the major powers aim to hammer out a final settlement of the decade-old dispute over the Islamic Republic's atomic activities by late July.

Both sides have made clear their political will to reach a long-term accord and have scheduled a series of meetings in the coming months. But they also acknowledge that there are still big differences over the future scope of Iran's nuclear program and that success is far from guaranteed.

The March 5-7 talks at the United Nations complex in Vienna, which ended around midday on Friday, were to prepare for the next meeting of chief negotiators due to start on March 18, also in the Austrian capital.


That's the clarification and outline of the overall discussion, Here is what many believe it would really take to get this ship launched, if at all. Iran may be serious or playing for time. Israel may have legitimate concerns or being overly paranoid. How does one begin to tackle this beast? 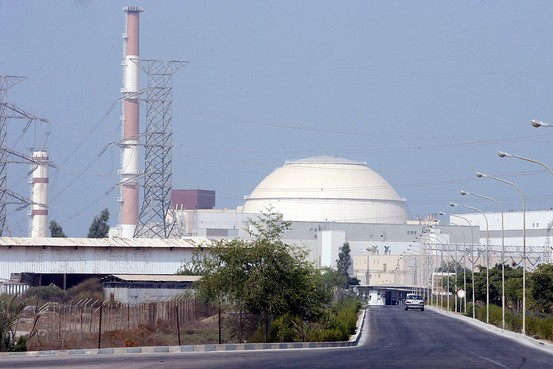 Congress Can Play a Vital Role in the Iran Talks

The Obama administration on Feb. 20 began negotiations for a permanent deal to stop Iran’s nuclear-weapons program. There are reasons to worry about where this will lead. If the administration is serious about avoiding a strategic disaster, it should negotiate a formal treaty (involving the Senate from the start), broaden the agenda and strengthen our allies’ role in the negotiating process.

For decades, America’s policy—supported by U.S. allies and the United Nations Security Council—has been that Iran cannot be allowed either operational nuclear weapons or the capability to acquire them rapidly. Therefore, any permanent agreement with Iran must ensure that all elements of Tehran’s current nuclear infrastructure are dramatically scaled down to a level of a legitimate civilian nuclear program. This restructuring must be permanent, verifiable and include a full accounting of Iran’s past nuclear activities.

The Obama administration is not headed down this path.

I'd like to hear from our membership. Will this Dog hunt? Talk? Why bother talking? Continue down the same old path as is?

posted on Mar, 8 2014 @ 07:35 AM
link
I will share the worlds greatest secret with you Sleddy.
The oppression in Alice springs Australia is the axis of cancer spreading throughout the world.
Uluru (Ayers Rock) is the heart of the planet and the surrounding area reflects largely on the world. But shh don't tell anyone bro people might think we crazy

posted on Mar, 8 2014 @ 09:20 AM
link
I can't help but remember and note....the last time the United States was caught making "secret" Iranian deals behind everyone's back (including our own Congress and public) while supporting revolutions and rebels in other nations? We called it Iran/Contra and it nearly brought down a Presidency with everyone around it. Now? We just kinda go 'meh..' and move on. Well, the US have developed ADHD and profound ADD over the last decade through what I swear has been media conditioning to see the 24hr news cycle as some sort of reset. We look at more than a few cycles ago as being old news...and a month or two as being wayyy back there in the past.

It's idiocy on a stick.

On the other hand, you have nations like Iran and Israel who can't help but be aware of history and their place in it, as they're surrounded by and swimming in it, every day.

It would be considerably different if we deemed our allies worthy of knowing talks had even been going on (Oh, and contradicting the nation we did all this for, in public, for terms of a 'still-secret' agreement isn't helpful). Alas....No one needed to know, apparently, because they think they're so good or something, they need no help, guidance or input. Even from those nations we've historically looked to for such things, where THEY live.

So, while we're expected to trust these fools in power that secrecy is necessary for success???? I look at their track record of 5 + years and the 8 years before that and say.....

Secrecy may be necessary...? Success isn't the end of the outcome they are trying to be secret about. Not at all.

posted on Mar, 8 2014 @ 09:25 AM
link
Secrecy is usually there because something is being done wrong not to hide it from bad guys ,lately.

Snakes don’t sting or use their forked tongues as weapons. The tongues are perfectly harmless. The tongue is actually an invaluable sensory organ for the snake. It enables the reptile to troll for food (just as a fisherman sticks his line out in the water and hopes for the best), while feeling its way over the ground. It does this by bringing in bits of organic matter that it can smell or taste, alerting it to as potential food source. Some evidence suggests that a snake’s tongue is equally sensitive to sound vibrations, warning it of potential prey or predators. Link

Not every snake's gonna bite you.

On the one hand, I don't care if Iran is bristling with nukes. On the other, I DO care whether they live up to their treaty obligations vis-a-vis the NPT. If they can't keep their word there, what else might they be lying about?

Then there's the whole secrecy aspect. As Cavtrooper7 states, secrecy is supposed to be in order to keep info from the Black Hats, but these days it seems designed to keep the White Hats in the dark. Not good. What is it they are trying to hide here? US collusion to assist Iran in breaking it's word and circumventing the NPT?

Seriously - if Iran is ONLY engaging in nuclear science for the purpose of energy production, then WHY the secrecy? looks like both Iran AND the US would be blasting that across the face of the Earth, wide open.

There is an open can of sardines under the car seat somewhere.


I'm not holding my breath. I'd be totally dead by now.

If it happens, it happens. And when it does, there probably won't be any warning or time for forked tongue either.