posted on Mar, 7 2014 @ 05:14 AM
link
Dear people,
I wish to draw your attention to a recent personal occurrence that has truly left me aghast.

The other morning I went to the dunny for an appointment with the Prime Minister. I knew early on that it was going to be a good one and upon splash down, I stood proudly to behold my creation......IT WAS GONE!.......STOLEN!!!

Yes dear people, my poop was stolen and it wasn't by any dingo's in case you were wondering as we don't get them this far south in Australia. And I have been banned from the local S&M Club so it could not have been an eel that swam away. This only leaves one possibility.......Aliens Abducted My Poop!

Dear people I ask you, what kind of sick degenerate reticulan would do such a thing? What are their plans, are they going to make an alien hybrid? Does poop/alien hybrids explain things such as Justin Bieber and Miley Cyrus?

I believe that I am not the only one who has had their poop abducted. I feel that there are others just like me out there, maybe even you.

weirdguy
Does poop/alien hybrids explain things such as Justin Bieber and Miley Cyrus?


I have to say that I don't think your poop was stolen. there are many reasons, some legal and some just using the tail end of logic.

If Aliens wanted some poop, they would take it from the treatment works where they could beam up mega tons of the stuff.

The only one problem you have is if they wanted your poop specifically. Possibly to retrieve their micro probes. That would mean that you are an abductee! Sorry to be the bearer of bad news.

I would never notice if they stole mine since I do not do the jump up and admire my poop thingie that you do. In fact, if splash down is so violent that it makes you leap off the throne, you should consider a change of diet.

Lastly, splashdowns often indicate a type of buoyant poop that may splash down and sneak around the bend on its way to the surface. That poop is likely having a giggle as it beat you in a game of hide and seek.


Actually, I dont think your far off the mark with some of that.
We all know that RFID chips are now small and cheap enough to be put into our food (and probably happening already). We know TPTB want to make us pay in every way they can think of.
So, a detector at the poo processing plant could be reading rfid in those poops, and a bill sent to the pooper for each one recorded!

Who's going to tell me they wouldn't do that???

Or Ghost poop, the only way i see someone stolen your poop is you dump as roger 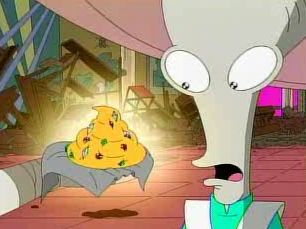 posted on Mar, 7 2014 @ 01:57 PM
link
Since you open your story, I would like to tell mine too, its my friend friend friend poop. Same story like yours, except its in a bank building. We really arent sure about the credibility of his story, but he even dare to bring us to the site it happened.

So, now I'm sure these stuff REALLY happened but its hidden from the public. Regarding what happened to the stuff, I'm clueless like you. Stay safe buddy, who knows it might happen again.

posted on Mar, 7 2014 @ 07:03 PM
link
Well gee, thanks for all of the advice everyone.
The truly disturbing part is people actually stared and flagged this [snip].
edit on 7-3-2014 by elevatedone because: (no reason given)


Wasnt me, swear!
Count the flag and stars, might poof also, who knows what evil they have in mind.

posted on Jan, 15 2016 @ 05:44 PM
link
a reply to: weirdguy
Dude, I have no idea how I could have missed this thread. It's comedy gold. I choked on my coffee when I saw the title and had to put my cup down when I began reading. Wow. Poop-napping aliens. What next?