There's a lot of us from the NW here.....you'll find us on threads like these...
Calling All Brits
www.abovetopsecret.com...

I'm only 20mins away from you!


It was a very positive experience for me reading your reply to mine, and I learned 2x's as much about where you are coming from within that very reply.

I'll admit on a local small scale, I am very giving, so my reply probably sounded like a nutty giggling scientist in a small wet cave, but I'm actually not. Thank you for your refreshing thoughts on someone passing, I believe this as well. The reason I am more giving on a small scale, is actually my fathers father had an even greater impact on me and he passed when I was twelve. I don't remember any words he spoke to me, but I still have his apron I stole out of the repair shop basement that day, and I was quite moved when the woman that spoke after I did, at the funeral, stated that although none of us knew her, she wanted us to know that she was there to pay her respects because although even my grand mother didn't know, my poor door to door fish peddling grand father had filled her oil tank each year with out a word for as long as she could remember. The second most profound thing that was shared by him to me that day, was a poem that he'd requested I read out loud before everyone at his funeral. Even at 12 years old the words penetrated me.

The Man in the Glass ~ by anonymous

I wont post it here but for my favorite four lines (which are the 1st 4 and the whole thing is framed on my wall)
When you get what you want in your struggle for self,
And the world makes you king for a day,
Then go to the mirror and look at yourself,
And see what that man has to say.

Touching to hear that you hailed that cab, that you even noticed in the first place shows a beautiful mind.

edit on 7-3-2014 by AlchemistSwami because: allowed vs out loud, for respect to the original vibe


Crazy was my first choice for my name but I like to represent my nickname and area. Icecold was my friend's nice way to say I'm a A**hole. Hehehe.

It's funny when you want another crazy friend, that this site will gaurantee you one. I have met a few new friends in Alaska that are ATS members and stay in touch.

My "normal" friends; as we might say, think I'm quite nutz for being so into ATS. The funny thing is that my closest friends when needing a explanation or knowledge expansion on certain topics come to me every time. I come here for advice to wake them and myself up a bit more. It drives them cra... Normal. LMAO

ENJOY YOUR INSANITY BEFORE THE COLLECTIVE TURN YOU SANE
edit on 7-3-2014 by AK907ICECOLD because: (no reason given) 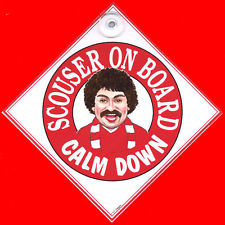 
Hey there girly!! Welcome back!

Know exactly what you're ranting about in your first post. I'm a single mum, struggling the struggle while putting a brave smile on my face! Unemployed at the moment, but now my little one has started school, am desperately seeking work. It's hard. I've been looking at Open University courses, as I want to get into teaching. I played around to much in school whilst younger, and now paying the price! I can enrol in April on a part funded access course, so my fingers are crossed.

Message me anytime if you feel like a chat!

I'm glad for your reply, for a moment there I was thinking I hope I didn't speak out of turn or upset you in any way, because I know myself i'm very.. well almost territorial when it comes to my family. you know commenting on your fathers passing but thats what I truly believe and i'm glad you share my thoughts there. Love is eternal. we are all stardust! we were, are, and always will be, here, a part of everything, *heart* *love* soul* these things never cease.

It sound to me like your grandfather passed on some very good advice to your father and he in turn passed the wisdom onto you. This is a good thing.

Its like the whole nature v nuture thing. You know? It sounds to me, you had positive influences in your life to guide you along your journey... If you know better, you do better ! They gave you the tools, the knowledge and what you choose to do with that is up to you. Well you're here now passing on this advice to others, this is what it's all about.

Hey HAHA .... not once did it cross my mind that your are a . . . . what was it again " a nutty giggling scientist in a small wet cave " it did make me giggle though.

When you mentioned this

and I was quite moved when the woman that spoke after I did, at the funeral, stated that although none of us knew her, she wanted us to know that she was there to pay her respects because although even my grand mother didn't know, my poor door to door fish peddling grand father had filled her oil tank each year with out a word for as long as she could remember.

That is such a lovely thing to do, and like i said about pride, if your grandfather had asked the lady , she'd have no doubt said "ooo no no no dear im fine everythings fine" Its like .. ok theres a saying, i cant think of it now, i'm paraphrasing here.. but essentially its something along the lines of . . its the unspoken deeds which matter the most ... because its a truly selfless act .. nobodies doing it so people observe and comment "Oh thats such a nice thing to do" a true act of kindness needs no recognition , the only person who will know is the person doing the good deed and the person whom the has benefited from the good deed. .. ya know?

Thanks for the links, i'll be sure to check them out when i have more time.

20 mins away you say? where bout's do you live?


P.S the poem was lovely too xxxxx


20mins down the M62 in Birchwood (Warrington)
Rainbows
Jane

It sure is hard out there now and you have my heartfelt sympathy... but you know what.. you will get there and it will be a struggle, sometimes its like 1 step forward and 2 steps back .. but keep fighting the good fight.

the way things are at the moment, i think i mentioned earlier, somethings gonna give because this country cannot survive the way things are going and when the tide turns .. . and it will . . . i'll be on the front line, fighting for whats right, fairness, equality, I mean ... what are we asking for here, a job with a fair wage is all.. i mean we're not asking for water into wine, it's just ridiculous. Change is coming, i mean it can't get any worse.................can it?? ........i never asked that question !!!!

Teach your little girl/or boy well, look , we will win, love will conquer, i'm here if you ever wanna talk chick, i mean that ok

*in an essex voice "sha up, wan a vijazzle"

HAHA thats whats wrong with our country, right there my friend haha

people watching, x factor, TOWIE, etc ... yeah look over here >> *dont'cha wish you girlfriend was hot like me* Jeez i better get me a boob job and some fake lips, and try and make it on TV that'll fulfill the void in my life !!! i wanna be famous, like big brother famous

essex is a lovely place i've got a friend who's moved to liverpool where i live, lovely girl....

just gotta teach her to say "eeeeee ya meff, who ya lookin at, e r calm dowm kidda!!"


Ha i am i closet comedian

ive got a sarcastic dark kinda ruthless sense of humour me !!

didn't mean to skip by you there,

thanks for the welcome, love the pic by the way.

I'm glad for your reply, This is a good thing , this is what it's all about , did make me giggle though , such a lovely thing to do . .. ya know?

posted on Mar, 7 2014 @ 05:41 AM
link
A heartfelt thank you for the warm welcome i've received from you all. I have to go to bed shortly. I work nights you see so I don't function well in normal waking hours, my brain goes a little fuzzy !! I've missed this place immensely even though i never posted anything previously, today is my first post!

God bless you all, You guys really are "real" human beings

P.S If i missed anyone out may I take this opportunity to thank you for your reply.


I made a post that was on like the top row on the home ATS page yesterday, so i feel you on the "firsts" thing. Sleep well, and if you check back do keep us updated here, im following it/you/all

Thanks again for your wholesome honesty


Pahaha you've made me chuckle. Although I've lived in Essex my whole life a full 28 years I WILL NOT lower myself to the TOWIE level. I do not wear fake tan and I don't walk around being a pretty boy lol. Essex can be lovely though just a shame it gets a bad a name ... Inniiiit bruv!

Damn the Essex side of me slipped out

Glad to have you on board

Edit: oooh a night worked my god you are a different breed lol
edit on 7-3-2014 by ThePeaceMaker because: (no reason given)