posted on Mar, 6 2014 @ 04:35 PM
link
The irony that a corporation named American Express would promote the outsourcing of American jobs is difficult to ignore, in fact it is downright maddening.

I understand the reasons behind outsourcing as it is to meet business needs, eliminate overhead and cut costs but I don't necessarily agree with it as I have seen it ruin families, even turn cities into a ghost town just so these multi-billion dollar corporations can save a buck.

You might be wondering why a Canadian gives a damn about American jobs being outsourced? Let me explain.

As a Canadian who once worked for an American company that decided to shut us down and ship our jobs overseas I can definitely relate to the struggles and anger when it comes to this issue. I also care about the state of the American economy as it directly affects me and those who are important to me, plus Americans are good people and are continuously getting the shaft more and more these days, so yes this is an important issue to me

I came across this today and just could not believe what I was reading. 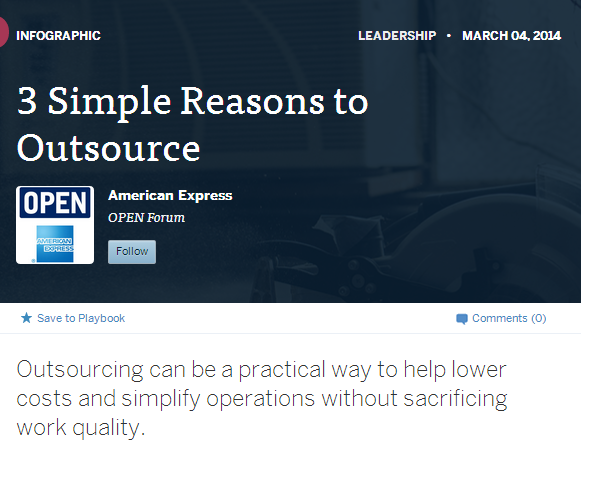 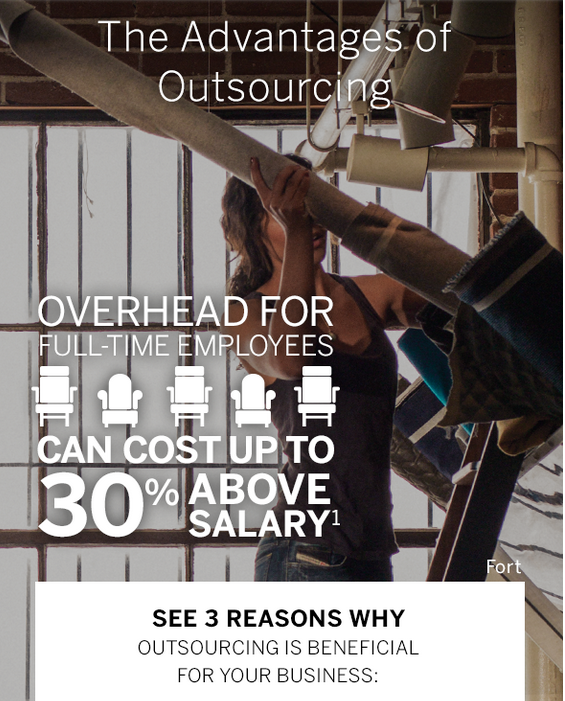 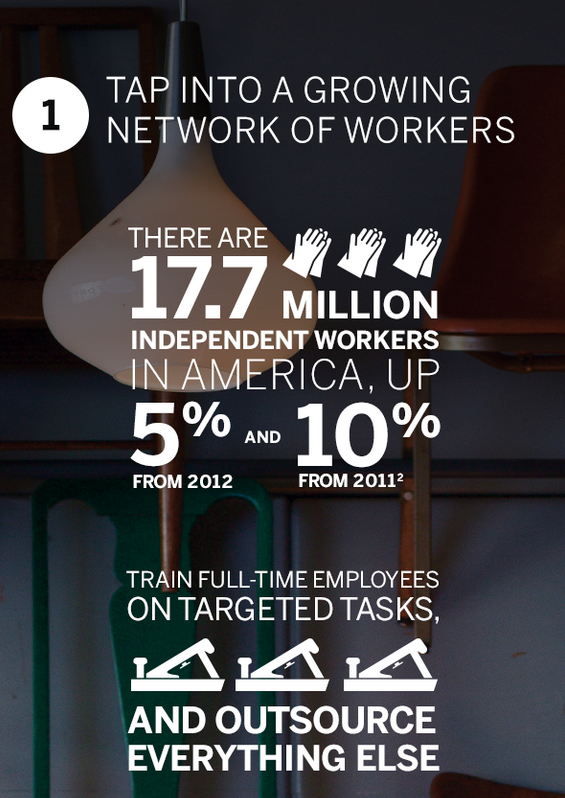 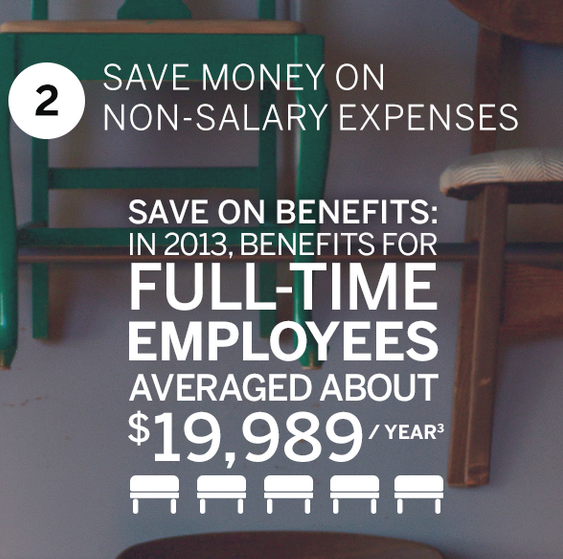 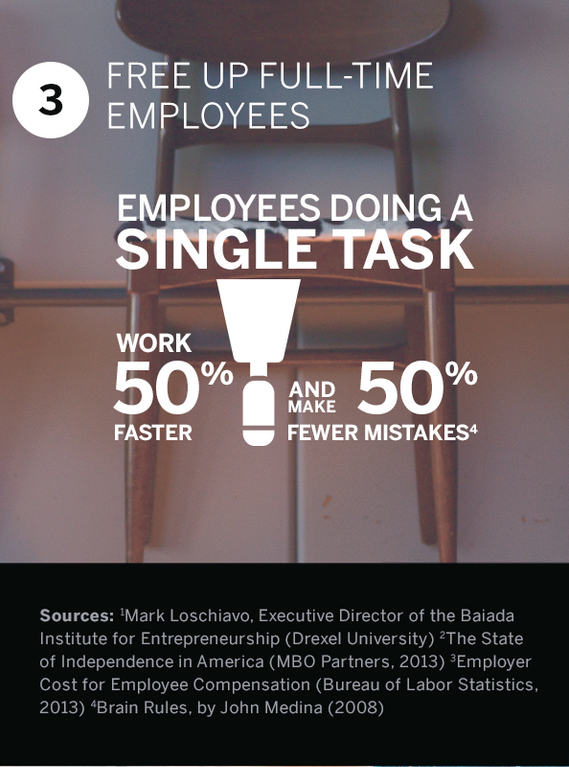 So American Express has the audacity to promote outsourcing of American jobs during a time of economic turmoil and actually try and portray it as a good thing...I mean do they really think people are that stupid ?!? (rhetorical question)

I hate it when people piss on me and tell me it's raining.

I need to clear one thing up before I proceed, I don't dislike the people who are getting these jobs as the whole world is a gigantic business and they are only accepting well needed jobs, if I were in their shoes I would definitely take the job. It is not them who should be blamed.

Many people consider criticizing outsourcing as racist/bigoted...that is not the case in most situations people are just sick and tired of being screwed over by huge corporations that they have slaved for their whole life. I was with the company for 5 years when we got outsourced and it really sucked. Thankfully I was lucky enough to go back to college in order to strengthen my skills for today's job market...not everyone is so lucky and I feel for those who are left with nothing after years of commitment and devotion.

Americans should be outraged, and I am confident that many of you already are and I'm willing to bet that many members of ATS have been affected by outsourcing in one way or another. It seems the only job security now days is to join the military and fight the banker's wars which make the same corporations that are taking our jobs overseas even wealthier...ironic huh?

It's time for the people to take their countries back from the corporations that have completely taken over. These corporations have most politicians in their back pocket so it's easy for them to get away with what they're doing. I know it is not exactly logical to tell a company how and where they can do business but I believe there should be some rules and boundaries that better protect North American workers.

American Express, I will avoid anything you are associated with to the best of my ability for now on, not that you care.
edit on 3/6/2014 by Corruption Exposed because: (no reason given)


Americans...I don't know about you, but I'm feeling a big giant hand slapping across my face with the American Express logo on it.

But here lies the problem, not the whole problem, just a part... I am a union worker, mostly vote democrat because they tend to stand for the working man.

Lately however they also stand for bringing in illegal immigrants to take our jobs.

Now the republican party is against illegal immigration but also anti-union. They don't want people stand together and force a fair pay.
They are for outsourcing jobs to increase profits of the few.
trickle down economics.

Trust me, I know how it feels to receive a slap in the face from the hand of big corporations.


If you look into the real problem about outsourcing America jobs and you are right company's want to save a buck or two to make more money. But why are they leaving.

Here are some of my thoughts in no order at all.

Environmental Protection Agency ( EPA), demanding more from company's, for example a lead factor down south closed it's doosr due to the EPA, The company would pump ground water into their cooling tanks for the lead, that water then would be treated to the point were it was of better quality than it was when it first came out of the ground. The EPA wanted more, the company said it would cost millions to comply so they decided to outsource to China.

Obama Care, a lot of companies have to raise their prices or close the doors or add a surcharge.

Paid Benefits, there was a topic about unions not to long ago, I believe a lot of companies are trying to get away from this and the unions cost companies a lot of money, good example is Hostess maker of the Twinkie, look at them they closed the doors because of Unions, Really like a baker needs a Union.

This is just a short list of examples on why company want to outsource work, but I guess you can see the picture or the writing on the wall.

Corruption Exposed
Americans should be outraged, and I am confident that many of you already are and I'm willing to bet that many members of ATS have been affected by outsourcing in one way or another. It seems the only job security now days is to join the military and fight the banker's wars which make the same corporations that are taking our jobs overseas even wealthier...ironic huh?

Not any more. Didn't you hear? Obama is cutting the military back to WWII levels.


You raise some good points, but in my opinion these are issues which should be corrected domestically. Regrettably the things you mentioned are usually purposely implemented with the goal of making it easier for corporations to do business over-seas and the politicians are not going to disobey their corporate masters and dare to undermine their profits.

The whole system is rigged if you ask me.

posted on Mar, 6 2014 @ 05:19 PM
link
Reading comprehension is important. Read carefully. The ENTIRE presentation is about outsourcing jobs TO AMERICANS!

Did you get that part? Read the slides again to see where it shows how many AMERICANS area available for working in OUTSOURCED JOBS. The presentation says ABSOLUTELY NOTHING about outsourcing overseas to places like India and China.

The issue here is that jobs cost companies money especially in overhead costs, which can amount to 30% of salary. Actually, this is a very low estimate because it is usually higher. There is also overhead in "managing the overhead" so that it costs millions just to keep all the taxes straight from everyone from the Department of Employment Security to Labor & Industries, and every other damn government bureaucracy that likes to get their fingers in the pie and tell people what to do.

The idea here is that people become their own contractors and contract with these larger companies directly without being a direct employee of the company.

Now there's PLENTY WRONG WITH THAT!

if you want to criticize the issue at that level. I mean, you can rail against capitalism on the one hand and demand jobs from companies on the other if you want to. That's perfectly understandable, valid, etc.


You should read more carefully before you mock another person's reading comprehension.

First off what makes you think that this is about outsourcing jobs to Americans?

Where did you come up with this idea? Do you understand the meaning of outsourcing? Please kindly point out where it says that this article is about outsourcing jobs to Americans?

...what part of that do you not understand?

Where do you think they are outsourcing to?
edit on 3/6/2014 by Corruption Exposed because: (no reason given)

posted on Mar, 6 2014 @ 05:50 PM
link
I could complain about outsourcing elsewhere, but my husband has a job in America working for a German company. His job is outsourced to him. It would make me a hypocrite.
edit on 6-3-2014 by ketsuko because: (no reason given)

Trust me, I know how it feels to receive a slap in the face from the hand of big corporations.


True, but in this country, the word "outsourcing" is not looked upon kindly at face value. LOL

The POTUS encourages this too, it was in his state of the union.


True, but in this country, the word "outsourcing" is not looked upon kindly at face value. LOL

Oh I agree. Neither are the words "American Express" lol. At least not in my book

posted on Mar, 6 2014 @ 07:49 PM
link
With the poor work ethics and education level of Americans. Penny for penny almost any other country in the world has better talents. We get hired and whine about having to work, whine about our wages, whine about inequality, whine about getting fired, whine about work conditions. if a company has 50 or more employees and aren't service oriented such as fast food then it would be foolish to run a business solely on our labor force. Want jobs to come back offer companies an incentive such as a capable work force without jumping through hoops for unions, and government regulations.

posted on Mar, 6 2014 @ 08:19 PM
link
This is just another symptom of the death spiral that capitalism has lead all of us here in the west into.

We have been living beyond our means since some time in the 1970's (thanks baby boomers!)

Various governments have attempted to put a band aid on a bleeding artery by doing things such as opening the floodgates on immigration thinking that they will bring money into the country. But quite simply, when you haven't got enough wealth for the people you already have, WTH are we doing letting more people in to spread what we have left more thinly?

Ahh global economics, the wonder of it all

Sorry but Schuyler is correct. If this was about shipping jobs overseas, why would we need to know how many independent workers are in the US?
Your 3rd graphic says "Tap into a growing network of workers". If it went on to explain how many Chinese workers are available, I would agree with your sentiment, but it doesn't does it?

Corruption Exposed
The irony that a corporation named American Express would promote the outsourcing of American jobs is difficult to ignore, in fact it is downright maddening.

Didn't anyone let you in on the fact that profit trumps everything? Outsourcing jobs is exactly what you should expect from any company that would profit from it. There are seven billion people in the world. Somebody will always do the work for less.
edit on 6-3-2014 by zazen because: (no reason given)


It appears that you and Schuyler may be correct, I must admit that I was multi-tasking while reading the material and posting this thread so I may have overlooked certain details.

That being said, the language is not very clear and outsourcing is a major issue but perhaps this article is not the best example in regards to off-shore outsourcing.