The US and Russia are both Acting like Asses

(Reuters) - Russia on Thursday dismissed as "primitive distortion of reality", cynicism and double standards a U.S. Department of State fact sheet that called President Vladimir Putin's comments on the crisis in Ukraine false.

Moscow and the West are locked in a Cold War-style tug-of-war over Ukraine, where a regional parliament in Crimea on Thursday voted to join Russia after a pro-Western popular revolt in Kiev toppled a Moscow-backed president.

With the document titled "President Putin's Fiction: 10 False Claims About Ukraine", Washington has dropped diplomatic niceties and all but accused Moscow of lying about events in Ukraine.

"It's clear that in Washington, as before, they are unable to accept a situation developing not according to their templates," Alexander Lukashevich, the Russian Foreign Ministry spokesman, said in a statement.


Cold War Style back and forth, I'm just curious how many out there besides myself think that both sides are acting like asses? I don't see either side really gaining any moral high ground in this mess.

Both sides have legitimate gripes but how they're going about this seems very childish. I'm not going to pick either side in this thread. I've been equally critical of my own Government and Putin. Suffice it to say that I'd like to hear from those who are either on the fence or who simply look at both sides and shake their heads.
edit on 6-3-2014 by SLAYER69 because: (no reason given)


Lol. I get this image of Obama and Putin sitting in the back seat of the station wagon poking each other and Ban Ki-moon driving saying if you two don't stop nobody gets ice cream.

posted on Mar, 6 2014 @ 11:05 AM
link
There definitely seems to be a lack of "cool heads" that this type of diplomacy requires. The EU and UK aren't helping much either. I guess this is one of the worrying things about the whole thing and a poor reflection on modern day politicians.

posted on Mar, 6 2014 @ 11:06 AM
link
You're right on the button mr slayer, the way they're acting is school playground bullsh#t!, they seem to overlook the main problem and are more intent of ripping strips off each other.
B.V.H


Well I am not attuned so much as to what Obama is saying or doing, other than sending over a couple of planes and trying to find ways of financially crippling Russia who says they will retaliate by nationalizing foreign businesses.

I did pay attention a few days ago to a former Putin advisor who said it was his plan to annex Crimea through a plebiscite, and we now learn that this is going to take place even though Ukraine has denounced it. Looks to me that Putin's plan is going ahead right on schedule, right under everyone's noses.


I agree, on something this important why can't the heads of state meet and talk in person? Instead of batting slanted insult to each other via intermediaries? Worrying that these guys have so much power.

We've already went through this East/West crap for decades, Nuclear proliferation, coming to the brink a couple of times, For what? So we can simply take a couple of decades of break just to start this crap all over again?


I haven't been following this topic to learn much about it.

My uninformed opinion on the matter is this;

The Ukraine is a separate entity obligated to her own citizens, not to Russia, nor the US.

You guys (Oputinbama) should learn to play marbles with people willing to play the game.

And if people don't like playing marbles with you anymore, you should get the hint and piss-off.

But ofcourse, it all comes down to an oil pipeline, doesn't it?

That's one jumbo marble to covet.


I think this video just sums up the whole #ing scene.

posted on Mar, 6 2014 @ 11:26 AM
link
I totally agree with the many who have said it before: there are many, many people who really miss the Cold War. It gave them purpose and made them friends in a really weird sort of way

Have to ask this too. When haven't they behaved like asses?

posted on Mar, 6 2014 @ 11:26 AM
link
Just a pair of power crazed idiots, they're pushing their personal agendas over the good of their countrys if not the world, totally agree with post about sending other people on their behalf, if they want to play dirty games, they should represent themselves.
B.V.H.

posted on Mar, 6 2014 @ 11:30 AM
link
Long term goal of the US is to fragment Russia and then give rise to powers like Greater Poland and Greater Turkey.


Since 1991, Russia is continuously being encircled, harassed in political, economic and even military manner. The moment US is confident that it can cancel out Russian ICBMs, it will launch an attack on Russia from several fronts i.e. Baltics (NATO), Ukraine(NATO), Caucasus (Turkey sponsored), East regions (via Japan).

Russia has to react for it's own interests.

Hence the conclusion: Russians are not going to give up Crimea. Soon the Eastern Section of Ukraine will meet the same referendum and spring out as an independent state.

Ukrainians and other ex-Soviet republics will get a good lesson that poking Russia in eye will result in dismemberment and losing of valuable economic regions and industries. Western section of Ukraine can join EU and polish the boots of the NATO citizens or sweep the streets and offer maid or prostitute services.

There is nearly the same dependency on Russia today from ex-republics as it was during the Soviet times. Hence it is a good idea to treat Russia with respect and be friendly towards the provider nation.
edit on 6-3-2014 by victor7 because: (no reason given)


After all this time, I don't think we will ever learn. 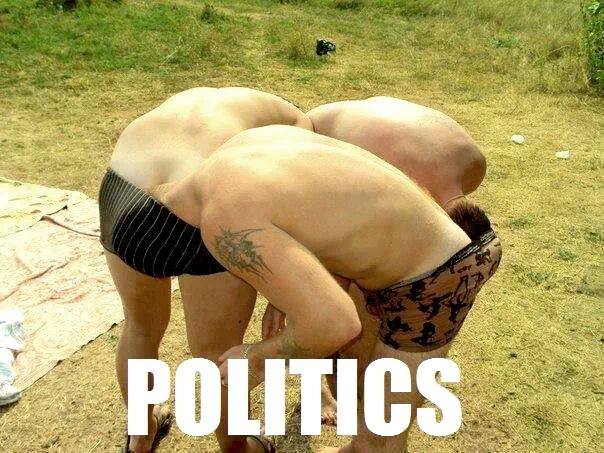 It's a vicious circle...


Respect is a two way street.

You can't just blame one side and not the other.

I try to envision this happening in the USA. The riots, the violence and deaths. The only riots I can remember here was the Rodney King riots.

I really can't imagine so many people so upset to riot for so long that Russia intervenes. Imagine that here in the US.

I don't see were we the US can say too much as we are currently in Afghanistan and Iraq and countless other countries.

If the US runs the "do as I say, not as I do" mentality then yes we will be the ass. If Russia starts killing civilians because they don't want to rebuild the USSR then they will be the ass.

For the Ukraine situation, I'll admit I don't know as much about it as most of you probably do but from what I can tell, One side is pro Russian and one side is pro western. Why not just split it and be done with it?

Forgive me for my ignorance if I sound stupid in this proposition, but is splitting it into two countries and option at all?

On Topic: Obama and Putin are definitely behaving like children or "asses" but if I had to give more moral high ground to one side or the other, I'd say Russia.

Lets be honest, if Canada was having internal problems, how would we react to Russia telling us not to get involved?

~Lucidity
I totally agree with the many who have said it before: there are many, many people who really miss the Cold War. It gave them purpose and made them friends in a really weird sort of way

Have to ask this too. When haven't they behaved like asses?


Yep, if the cold war does rekindle out into the open, I can almost guarantee "Old America" will make a come back, and that is not really a bad thing in a lot of ways. I was actually thinking about making a thread on that. That is kind of what I see happening long term with this. Russia and the US will begin acting like complete asses to each other and next thing you know, the bomb shelters get rebuilt,infrastructure gets rebuilt, jobs get generated and the US economy will again rebound and have a purpose. The balance of power between east and west will be restored, and we will always be 10 minutes from total annihilation.

What a grand world!
(semi-sarcastic)
I've already been there!

Maybe we will turn our spying eye away from ourselves and back to where it should belong.
On enemies and those who would do us harm.


There is an illusion that joining western alliances means free handouts and easy life. West itself was not made on the handouts so why would it give those to others?

If nations do not want to respect Russia fine but do not disrespect by joining hostile alliances. If still show ego then face the consequences.


Russia has problems of its own too like corruption and very unequal distribution of resources. That model is not viable in the 21st century economics.

posted on Mar, 6 2014 @ 11:52 AM
link
Russia has made all the right moves in this situation. Lets face it its not only right on their border but there are millions of Russians there. Not discounting the trade and economic ties.
And its fine if people want to protest or go with the EU or whatever but its plain to see how the protest has also been fuelled and propagadized by the west. And what has any of this got to do with the USA anyway? Absolutely nothing...they just want to stick it to Russia.
Have you listened to that muppet Kerry...or even Mccain or Obama? I tell you those people are the biggest hypochrites and bare faced liars going around.
When I see politicians I truly wonder who is it that votes for these people.