I was thinking the same thing the whole time I read your post. I imagine he has caught some attention from corporations and some in government. I always picture those two entities watching children who are this smart so they can either get them to work for them or corner the market on anything good that may be developed (free energy, etc.) in the future.

It may just be paranoia... but it seems feasible given what both are capable of.

One can only hope that he is free to pursue his talents at his own pace, too much pressure from those with a vested interest could push him out of his field altogether. The young fella might not be able to handle the huge responsibility from those peeking over his shoulder 24/7, which is why he should be given space, after all he is 13 and needs time to be a kid.

It kind of reminds me of my sporting career...at 13 I was playing in the mens side. At 14 I was told I was vital to the team and was touted to make the state side. At 15 I was at a tutored by the second best pitcher in the world.

I left not long after that. The pressure and expectations took the fun right out of it, it became a chore. Let's hope the kid is encouraged but not pressured.

He claims to have acheived FUSION power
and all you care about is the opening post failiure...

What has happend on ATS...


nuclear fusion is nothing new. and his device is not a power generator. I think you are thinking of 'cold fusion' which is something yet to be repeatably demonstrated.

You don't even have to really understand the physics behind it to build one. There are DIY instructions and parts lists on the web.

Still impressive for a kid, assuming he really assembled it himself.

posted on Mar, 6 2014 @ 07:00 AM
link
The question is.....will this potential grow to be Nikola Tesla or Robert Oppenheimer for direction in life? I hope it's the Tesla side of science and invention.

The British kid is slightly younger, so it's just a bit of friendly oneupmanship, that's all.

Not sure what we're supposed to conclude from this.


A 14 year old had already done it and he managed to do it just before his 14th birthday, so while it may be a record, not by much (from the OP story):


His fusion ambition was sparked by reading about a 14-year-old US schoolboy, Taylor Wilson, who had become the youngest to produce a small fusion reactor in Nevada in 2008.

‘I looked at it, thought “That looks cool” and decided to have a go,’ Jamie added.
Head teacher Jim Hourigan congratulates Jamie as a Geiger counter registers the fusion reaction....

After months of work, the reactor was finally completed just ahead of his 14th birthday this weekend.

Before I read the article I was skeptical if he had actually detected neutrons, which as NullVoid pointed out is hard. If he can prove he did it he can join the club of others who have detected neutrons in their home fusion experiments:

Postby Richard Hull » Wed Mar 28, 2012 5:55 pm
The neutron club is an exclusive group of people who have proven to the satisfaction of other members of the club that they have done fusion. As such, and with the realization that this effort is a major accomplishment, we are forced to set specific standards for acceptance to this body of successful fusioneers.

The following will be demanded for neutron club membership...

A complete description of the neutron measurement system including a null or background collection run for the exact period used for the real fusion collection run. This is one of the most important issues that will receive an extra critical review as neutron measurements are difficult and subject to error or mis-identification due to various artifacts or poor controls and procedures.

Even US Navy scientists were accused of possibly getting false neutron readings in one of the last cold fusion papers they published before the Navy shut down the cold fusion research project. So I'm not saying he didn't detect neutrons, but since it's a hard claim to prove, any such claim should be viewed skeptically as the neutron club membership rules state. The article doesn't state the qualification of the "experts" so we can't really evaluate their knowledge about neutron detection.

NullVoid
The most interesting part is - detecting neutron, on left side. Good luck with that.

I'm glad to see at least one other person recognizes that detecting neutrons isn't easy, or should I say it's possible to get false neutron "measurements" depending on the procedures followed.
edit on 6-3-2014 by Arbitrageur because: clarification

sn0rch
yeah but with that graphic, surely a scientist can do it now. He's let the cat out of the box.

I mean, what next, school students are getting too smart for their own good.

not especially. i don't want to take away from what the kid did but fusion is not the issue. fusion is done all the time. the issue is doing it so that it is self sustaining or puts out more energy than it takes in. you can do fusion with whackadoodle looking stuff you can do in your own garage. examples a farnsworth fusor or a polywell. but so far break even has not been achieved though recently they did get a fusion that put out more power than was used on the target itself but it did not surpass all the energy used in the rest of the apparatus. but it is close.

as to what the kid did. his design is pretty sophisticated and the method used appears to be different from most amateur fusion attempts.


That is BRILLIANT work!

I hope this fellows achievement gains him all the opportunities for advancement and the gaining of knowledge, that an intellect such as his deserves. I also hope that it inspires others to strive for every little morsel of knowledge that they can lay their hands upon. With people like this wandering the planet, great things are possible!


I agree, problem is that bright kids like this get sucked into big industry, or the military industrial complex and all that potential gets wasted on making the next high tech weapon.

He claims to have acheived FUSION power
and all you care about is the opening post failiure...

You can pretty easily get fusion. Getting it to produce more power than you put in...that's the hard part.

Most small tabletop/handheld fusion machines are used as neutron sources. At one time you could purchase a Farnsworth-Hirsch fusor off the shelf from Daimler-Chrysler for use as a neutron source. And of course, a fair number of nukes use neutron tubes of one design or another for initiators, which you can buy off the shelf, sort of.

Bedlam
And of course, a fair number of nukes use neutron tubes of one design or another for initiators, which you can buy off the shelf, sort of.

Is the hacking that bad now? Go to Shenzen, and you have street vendors selling tubes "Just like Ros Aramos Rab!"

kids theme song
edit on 6-3-2014 by hounddoghowlie because: (no reason given)


This is cool, but of no use. It requires 18,000 volts to cause 2 molecules of hydrogen to fuze together into a heavier element. This is a neat reaction, but it doesn't do anything for man kind.

Remarkable it was built from scratch, brilliant mind to boot, but the invention doesn't make me want to give him any money.

His fusion ambition was sparked by reading about a 14-year-old US schoolboy, Taylor Wilson, who had become the youngest to produce a small fusion reactor in Nevada in 2008.

So he copied an experiment that someone had already laid out the plans for and took the credit. Well done!


Peer review, is how we actually prove something took place.

This boy is merely credited for recreating the experiment, it's sensationalized that he achieved fusion.

Now, it has not been proven 100% that he achieved fusion, as well his experiment was inspired by another, and his device may differ slightly. This is how fusion is achieved. If one man is the only one ever allowed to do something, we are all in big trouble as we do something someone else has done a million times before us every day. You like grilled cheese? OH look out someone else did that first jack ass.

With out seeing exactly how each experiment was layed out we can not say he "copied" another young scientist. Inspired by yes, and if it does turn out to be identical, he did mention he got the idea from another boy. No patents are involved here, so no one is stealing anything. Again, neither experiment is 100% proof fusion took place.

Again, fusion itself has be proven to exist, a means to create it as well. So this is nothing new for either boy. Both experiments require more energy than they will ever put out, and the end result is almost entirely useless so there is no potential for monetary gain out of the device so I highly doubt either boy will go after the other for "copying" as you put it.

In any likeliness at all these boys have now become partners by mere interest and both stand to gain fame for now collaborating separately to prove the same thing.

Get over your American, "my balls are the most important" attitude and maybe your offspring will help better the world unlike yourself. 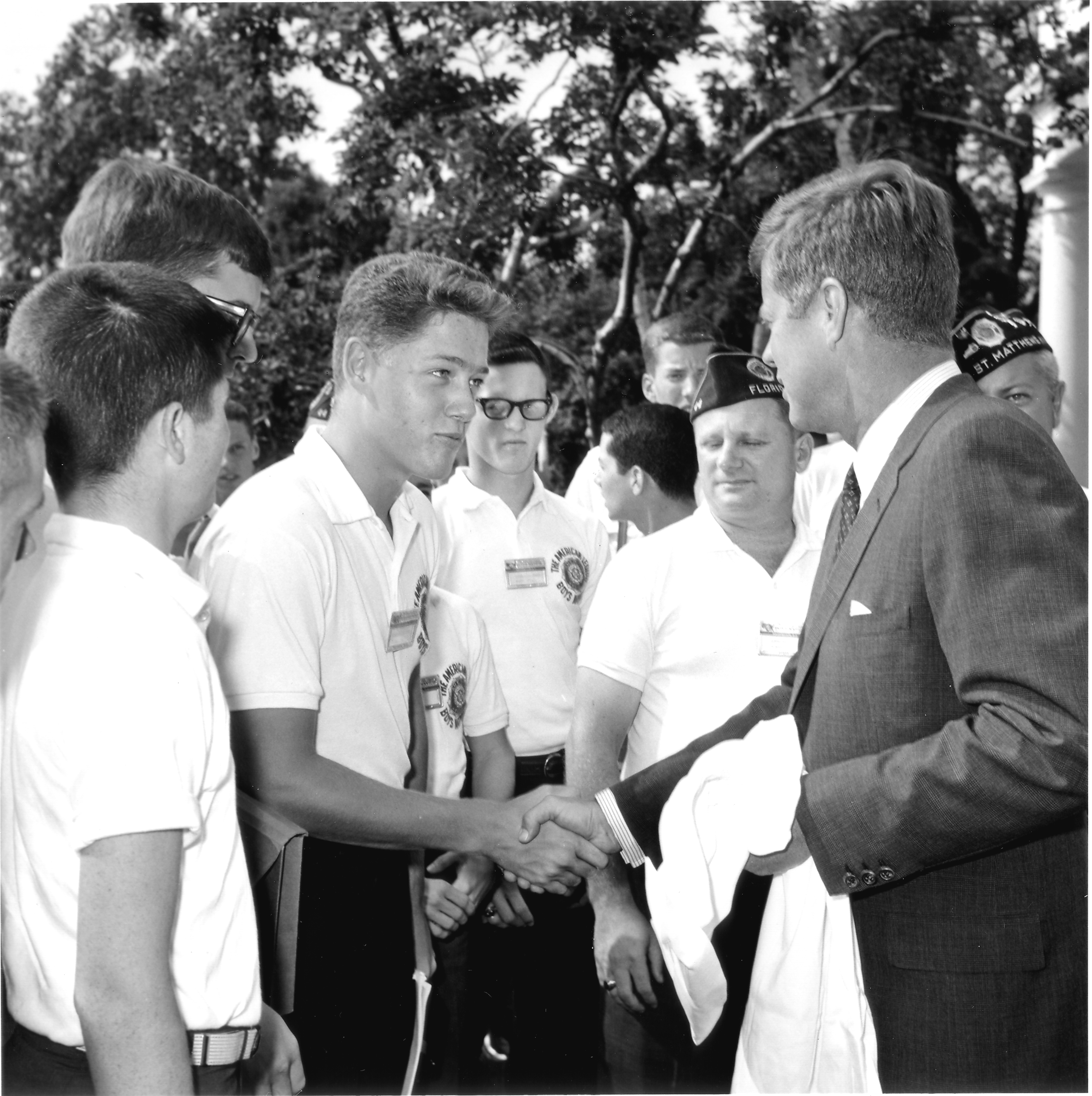 anyway, if nuclear fusion had been harnessed we wouldn't be in the mess we're in...

posted on Mar, 7 2014 @ 01:46 PM
link
look. i dunno. Yeah i pointed out that fusion itself isn't hard and so the boy's achievement isn't anything new. but then i saw lots of other people kind of crowing about the lack of import of the whole story. that's going too far. This boy is a fine scientific mind and has shown the type of initiative, will and knowledge that indicates he can go far in the field of science or anything else he puts his mind to. He is the type of fellow that later on goes on to invent the next light bulb, or radio or whatever. if he continues and is not discouraged by what amounts to trollage he will do great things in the future.
edit on 7-3-2014 by stormbringer1701 because: (no reason given)


Bedlam
And of course, a fair number of nukes use neutron tubes of one design or another for initiators, which you can buy off the shelf, sort of.

Is the hacking that bad now? Go to Shenzen, and you have street vendors selling tubes "Just like Ros Aramos Rab!"


I wasn't going to say how. You can get them from 'European sources" but generally not from US ones.

posted on Mar, 7 2014 @ 07:22 PM
link
Yep it's a FUSOR, many have been constructed all over the world and they are capable of achieving very small scale fusion which can be proven by detecting the emission of neutrons. They've been the subject of considerable research aimed at overcoming the problem of attaining a perfectly uniform field which would improve the efficiency (which is woeful to date).

Currently they're little more than a curiosity with no practical purpose other than as an experiment for serious hobbyists with a lot of cash to throw around. If a spectacularly efficient form of this gadget were built it would most likely be ultimately fatal for the experimenter exposed to strong neutron radiation (unknowingly until it's too late). Think of Madam Curie.