God you people need to get a life!! 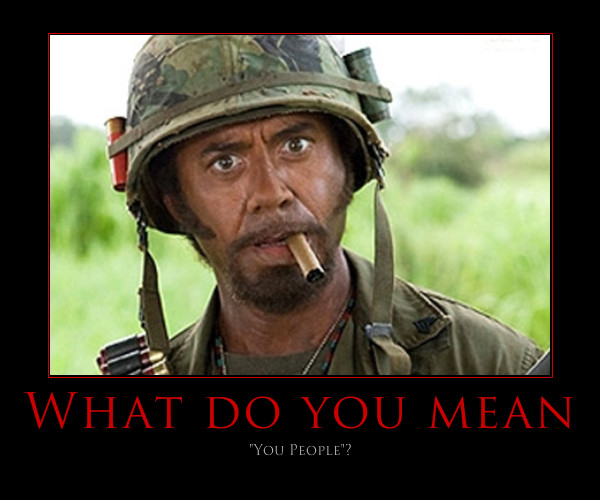 
If the helmet and cigar fit - then it's you


..why are they trying to convince us...they do what they want anyway when it comes to foreign and domestic issues...


They're not trying to convice us..they're trying to convince themselves they're right...but ...a lie doesn't become the truth just because half a million people repeat it.


Indeed - I used to have a quote to that effect in my sig.

But nor is everything the State Dept publishes automatically a lie.

What is disappointing about the response on here....but probably entirely predictable....is that none of the critics have bothered to READ the 10 points, and evaluate whether they consider each of them true or not.
edit on 6-3-2014 by Aloysius the Gaul because: crappy typing


the problem is nothing they have said has turned out to be true before and they never look to see what other people say that IS true
so, why start now?
edit on 6-3-2014 by Danbones because: (no reason given)


but just to make you happy here is the first point... the rest...why bother, its just more nazi drivel

The Facts: Strong evidence suggests that members of Russian security services are at the heart of the highly organized anti-Ukraine forces in Crimea. While these units wear uniforms without insignia, they drive vehicles with Russian military license plates and freely identify themselves as Russian security forces when asked by the international media and the Ukrainian military. Moreover, these individuals are armed with weapons not generally available to civilians.

Ukraine’s statement at the UN that ‘16,000 Russian soldiers had been deployed’ across Crimea sparked a MSM feeding frenzy that steadfastly ignored any hard facts that got in their way.

Especially unwelcome is the fact that the so-called ‘invasion force’ has been there for 15 years already.

The media many trust described in hysterical tones how the Autonomous Republic of Crimea was under a full-scale Russian invasion with headlines like: “Ukraine says Russia sent 16,000 troops to Crimea”, “Ukraine crisis deepens as Russia sends more troops into Crimea,” as well as “What can Obama do about Russia's invasion of Crimea?”.

Facts, and ardent statements by top Russian diplomats were totally ignored by the western ‘war press’.

Russian UN Ambassador Vitaly Churkin pointed to the longstanding 25,000 troop allowance while FM Sergey Lavrov stressed the Russian military “strictly executes the agreements which stipulate the Russian fleet’s presence in Ukraine, and follows the stance and claims coming from the legitimate authority in Ukraine and in this case the legitimate authority of the Autonomous Republic Crimea as well.”

Aloysius the GaulWhat is disappointing about the response on here....but probably entirely predictable....is that none of the critics have bothered to READ the 10 points, and evaluate whether they consider each of them true or not.

You cant really blame anyone with more than 1 functioning neuronna to waste time in such potentially BS text. I mean, its the state dpt, that should ring a bell...
edit on 201400000033201403pm06 by Yusomad because: Typo


Did you not notice how the RT.com article does not actually contradict anything in the State Dept point in any manner?? the State dept does NOT say that the Russians "sent" 16,000 troops to the Crimea - it says that Russian troops in the Crimea are the "heart" of the military occupation.

It is well known that the Russians had troops in the Crimea - that is not the news......unless of course you are determined to think that the Russian Govt tells the whole truth and the US State Dept never does....which, as I said, appears to be the default on here.

so thank you for a perfect demonstration of the lack of critical thinking that goes on with the knee-jerk anti-US Govt brigade here.


apparently there are according to some - anyone who the State Dept says something bad about must be good by definition...or something like that.....


Everyone has their biases. Of course it would help America's case if its leaders weren't so blatantly hypocritical all the time. Oh well, in the end it's the people who suffer, just like always.

I am however reminded of an old saying - you are entitled to someone's best efforts as they see those efforts - you are not entitled to them being perfect according to your perception.