posted on Mar, 5 2014 @ 06:08 AM
link
The official list of 2014 Nobel Peace Prize nominees is secret. However, some of the names have leaked out. Here is a list of those leaked names. Some surprises. Some you'd expect. The Nobel Peace Prize has become a joke for it's obvious politics and lousy choices, but you never know ... maybe they'll get it right this time and pick Malala Yousafzai or Pope Francis ... but I wouldn't count on it.

I put this in 'conspiracies' instead of current events because I do think the nominations are political based and there is a conspiracy behind the scenes. But if the mods feel this is more of a current event forum thing and they move it, I can understand that.

Russian President Vladimir Putin has been nominated for the 2014 Nobel Peace Prize - but the conflict in Ukraine is also likely to be on the Nobel committee's agenda.

I can see him being nominated for what he did with Syria .. pulling us back from the brink of a world war. But the guy is KGB .. he's not a good guy in his own country (ask the homosexuals) and he's invading the Ukraine.

Most nominees are unknown to the public.
However, there is a short list of those confirmed to have been nominated.
Directors Speculations 2014

Well, Obama got it for doing nothing more than repeating pretty speeches that were written by others. And Arafat got it even though he was a terrorist and continued to be all the while he was robbing the Palestinian people of millions in aid money. I suppose the president of Uruguay could get it because he legalized marijuana. (While I agree with doing that, it isn't worthy of a 'peace prize'.)

Any names missing that you'd think they should be considering?

This "award" became irrelevant ever since.
edit on 5-3-2014 by Shuye because: (no reason given)

Shuye
Never forget that Hitler was nominated for the nobel peace prize.

This "award" became irrelevant ever since.

Even more so when Obama won it.


Yep. But at the same time, he has started a few of his own and he's terrorized certain segments of his own population. I give Putin credit with Syria. Without him, we'd be fully engaged in WWIII by now. But at the same time, he's not exactly 'Mr. Peace', ya' know? He isn't above pulling out the troops and the covert black ops around the world to further his own agenda ...


Are you talking about Putin or Obama ?

From your description you could be talking about either one of them.

I find it ironic that we are talking about what a terrible man Putin is when we have the best known terrorist sitting in the white house. We really need to clean up the garbage in our own back yard before we worry about what Putin is doing.

Diisenchanted
I find it ironic that we are talking about what a terrible man Putin is when we have the best known terrorist sitting in the white house. We really need to clean up the garbage in our own back yard before we worry about what Putin is doing. 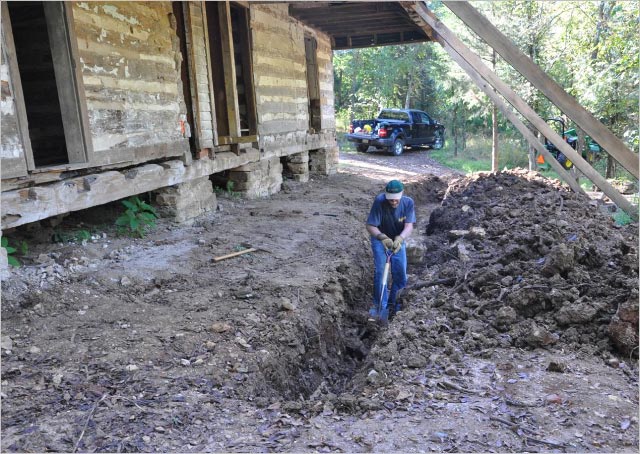 Because here he is just doing what he has to do. Dig a ditch, By hand, he's not bothering anybody, nor invading his neighbor, nor fighting in some ME country over resources, Nor crying in the street blaming everybody and their brother for his problems. Nope, Just saw what needed to be done and grabbed a shovel.

Does it really matter who he is? We all know that nominating and awarding people we do know hasn't really amounted to a hill of beans. Besides, most *not all, but most, that have been awarded the Nobel recently didn't really need the money in the first place. I think this lonely ditch digger would appreciate the monetary award more so than the past few posers winners.
edit on 5-3-2014 by SLAYER69 because: (no reason given)

posted on Mar, 5 2014 @ 08:39 AM
link
I nominate Chairman Mao! After all, China got pretty peaceful with 60 million less troublemakers to live in it, and it was all thanks to Mao for that brilliant stroke of idealism to wipe out everyone that didn't agree.

Why not? Given who the "Peace" prizes go to now, it makes just as much sense. Putin was nominated? lol.... Yeah... I rest my case.

Shuye
Never forget that Hitler was nominated for the nobel peace prize.

This "award" became irrelevant ever since.
edit on 5-3-2014 by Shuye because: (no reason given)


The Nobel Peace Prize is very much doublespeak.

It is normally awarded to people whom have more blood on their hands than people could image.

posted on Mar, 5 2014 @ 10:59 AM
link
Does anybody really take the Nobel prize seriously? Do they believe it has any weight? Look who has received it... and that out to be an embarrassment to those who in the past have been awarded it. Certainly 0bama receiving it has made the value and credibility suspect. Are not recipients supposed to be of integrity ??

But then it did go to Obama for accomplishing nothing.

I hope the ISS takes the cake, I'd say it is the most deserving

posted on Mar, 5 2014 @ 02:24 PM
link
The only reason the majority of you are so derisive of the peace prize is because Obama was awarded it.

Remember that Obama didn't ask for the prize and he probably didn't want it. He couldn't realistically reject it as that would be saying he didn't advocate peace. But I'm sure you all agree that as President you have to make tough choices and do you think any other President other than Obama would have sat there at times of crisis and thought "How will this reflect on me as a Nobel Peace Prize winner?". If he'd acted in the interests of peace and the actual peace prize you'd all no doubt be decrying him as being weak etc etc.

I honestly think some of you haven't the slightest idea of some of the people who have won it or who they actually are. I mean maybe you should actually post a link to a list of past Nobel Prize Winners Also Obama wasn't the only President to win the Nobel Peace Prize as Theodore Roosevelt also won it, as did Woodrow Wilson.

Yes Yasser Arafat won it but he shared the prize with Shimon Peres and Yitzhak Rabin and I'm sure there are just as many who wish those two hadn't won it either.

So apparently some of you don't think people such as Aung San Suu Kyi, Elie Wiesel, Martin Luther King, Mother Teresa or The Dalai Lama were worthy of the peace prize.

I'd like to know which people off the list of winners you don't think were worthy of winning and why. I can understand why some wouldn't like Arafat or Kissinger, but I think the majority of the people on that list are very worthy recipients.

The award could easily have been awarded to Putin last year but instead it was given to the Organisation for the Prohibition of Chemical Weapons.

posted on Mar, 5 2014 @ 02:48 PM
link
Similar to the Oscars, the Nobel Peace Prize is in the danger of becoming irrelevant when it awards people like Obama or Putin. I`m sure Putin deserves various Prizes, but the Peace prize isn't one of them (and not for Syria either because there is no peace there and there will be none until Asshat is removed).


I nominate president Comacho for being so #ing bad ass.


After they handed it to Obama, I can't take anything from them seriously.


Anybody remember this one?