Rough Translation: The Fantozzi cloud! It exist! Yes, it would seem so! The incredible video posted on facebook that takes a very unusual phenomenon occurred in Palermo. Watch the video that is all the rage on the web! 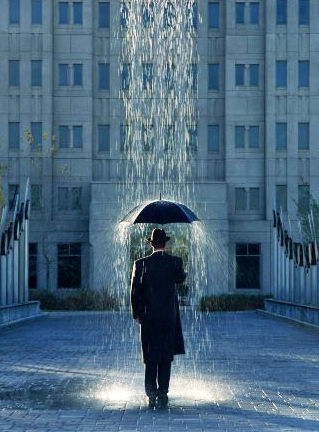 For those who can't see the video? It was posted the 3rd of this month.

What does the video show? Rain.

But not just any old rain.

The camera pans up - it's not someone using a garden hose from above - nope. Rain is falling in a roughly oval pattern a few feet across and wide - and nowhere else. It's not coming from underground - you can see distinctly - it's rain.

A car is parked in the foreground, lights and flashers on. A group of young people are laughing nervously - repeating - 'But it's dry everywhere but there!' 'It's raining - just there!' Then one girl makes reference to the 'Fantozzi Cloud' and ‘This is a phenomena!’ No acting here folks - I'd bet my hat this is the real deal.

Very unusual and wonderful bit of nature, spooky stuff and fun at once.

I'm looking for more information and will provide it as I find it. And no - this isn't a hoax. No way.


My first thought is that it is water from the service line of a high-rise construction crane.

This screen shot @ 0.13sec and subsequent shots show something linear protruding out over the buildings. 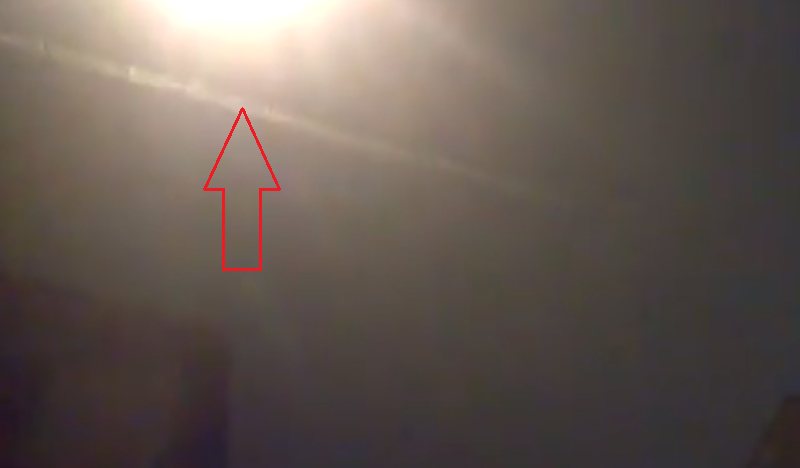 
Wow do not stand under an alien stream... It must be alien and earth is his urinal.....

Seriously reminds me of "li'l," Abner" by good ole Al Capp!!! In the little township of DogPatch you have Joe Btfsplk who where ever he goes has a storm cloud ripping rain down only on him... I always that I was Joe LOL. Californian who moved to the UK... People asks why and I quote Mr. Bill Hicks... "Why to see Weather of course!"

Sorry I prefer Lizard weather Bill and that money I save on clothes I will buy mother nature to place in my pipe LOL.....

Thanks Silo I needed to know I have a clone somewhere....

It must be aliens


I think this will turn out to be a marketing campaign which is trying to get viral.

posted on Mar, 4 2014 @ 04:05 AM
link
I love how enthralled everyone is in the video. Comedy is the best thing in life. Without it you'll never make it out alive.

I like how you can still see the outline of the original stream of rain in the video after the rest of the rain starts coming down. Like the editors could have blended that in a little better or something... (lol)

I've actually experienced being rained on in one area and walking a several feet away and experiencing no rain at all. Similar to OP video but not. It does occur in real life. There exists boundary lines from whence rain pours. Art thou. (I don't know why I started typing in Old English. It just felt right at the time)


It must be aliens

Mmmm nah I don't think It's aliens... this time

As someone said above me I also think it might be part of a viral marketing campaign as well. We'll know in time. But until then I'm leaning towards not a hoax. Anyone remember the time traveler viral video? Fun times we live in. Fun times. Deception is quite a wonderful tool to the potentially oblivious spectators.

My first thought is that it is water from the service line of a high-rise construction crane.

This screen shot @ 0.13sec and subsequent shots show something linear protruding out over the buildings.

Mmm.. I disagree.. It looks more like just a glare from the various light sources like the street lights etc.
Cranes aren't generally that thin and transparent, and when the camera pans to the left I also don't see a crane anywhere from where a line would come out of.

I think the best explanation would be that chicks voice blew a hole in the troposphere.
edit on 3/4/2014 by unb3k44n7 because: (no reason given)

posted on Mar, 4 2014 @ 05:52 AM
link
I did experienced the rain, a mere 20 meter rain and other part - dry, not a drop. So I know its true. However...
I think the video is made up, the person in the last seconds look at the rain and seems not that interested.

posted on Mar, 4 2014 @ 05:58 AM
link
A cloud would have moved in one minute. Even if the air was crawling along at half-a-mile an hour, it would have moved. Fake, hoax (not hoaxed by the OP but by the hoaxer) or a run off from something. They call the wind Mariah,, and for good reason.
edit on 4-3-2014 by Aleister because: (no reason given)

posted on Mar, 4 2014 @ 06:02 AM
link
When the camera pans up to the sky there is a very bright large light. Wonder what that was, and why nobody seemed to think it was odd in any way?
The 'rain' seemed to be coming form the lighted area in the sky. If something man-made were causing it from that altitude. and I was there, I think I'd be cracking jokes too. I'd also point out that the light was a UFO.

posted on Mar, 4 2014 @ 06:10 AM
link
Eeeehhh...you know, sometimes its just nice to enjoy something for the fun of it...you start explaining everything in life, and life loses its magic.
Rainbows
Jane


Well, my story of it exist doesnt make you happy ?

Heres another, too bad its just retelling, no pic no video:

5 second or less rain. Its quite normal to me/my area.
I wonder if anyone seen it ?


I didn't miss your post , and my comment wasn't aimed at anyone in particular.
I should have maybe worded it better.


I've too persistently too often felt like Joe Btfsplk from Lil' Abner over the course of my traumatic life. LOL.

no rain from the evil one!

In the high desert of the American Southwest, we need all the rain we can get. Finally, I had to irrigate from costly city water . . . and then it rained for 3 days. Maybe I should do that more often. LOL.

God's best to you Dear Heart and please be safe from Etna! And may you and doggie be at maximum health and provision by God's mercy and Grace.

Aleister
A cloud would have moved in one minute. Even if the air was crawling along at half-a-mile an hour, it would have moved. Fake, hoax (not hoaxed by the OP but by the hoaxer) or a run off from something. They call the wind Mariah,, and for good reason.
edit on 4-3-2014 by Aleister because: (no reason given)

Exactamondo... this is not possible from a standpoint of how precipitation actually works... the cloud would have indeed moved.

The only time I have experienced anything similar to this that was actually real was seeing a curtain of rain moving towards me, with a clear outline of where the rain starts and stops.

That in itself in unusual.... Weather (pun intended) the video is filmed by real people that don't understand whats going on or just a a viral remains to be seen... but one thing is for sure... that is definitely not Rain!