Russia warns Sanctions could 'reduce to zero' economic dependency on US

Moscow — Russia could reduce to zero its economic dependency on the United States if Washington agreed sanctions against Moscow over Ukraine, a Kremlin aide said on Tuesday, warning that the American financial system faced a "crash" if this happened.

"We would find a way not just to reduce our dependency on the United States to zero but to emerge from those sanctions with great benefits for ourselves," said Kremlin economic aide Sergei Glazyev, saying Russia could stop using dollars for international transactions.

Well.... this could be a perfect excuse to blame someone else for any economic crash ..

A Kremlin aide has been quoted as saying that if the United States were to impose sanctions on Russia over Ukraine, Moscow might be forced to drop the dollar as a reserve currency and refuse to pay off any loans to US banks

Sergei Glazyev, who is often used by the authorities to stake out a hardline stance but does not make policy, was cited by RIA news agency as saying Moscow could recommend that all holders of US treasuries sell them if Washington freezes the US accounts of Russian businesses and individuals.

The US senate foreign relations committee is preparing legislation to provide support to Ukraine and consulting the Obama administration on possible sanctions against individual Russians, the committee’s chairman said on Monday.

“In the instance of sanctions being applied to stated institutions, we will have to declare the impossibility of returning those loans which were given to Russian institutions by US banks,” RIA quoted Glazyev as saying.

“We will have to move into other currencies, create our own settlement system.”

He added: “We have excellent trade and economic relations with our partners in the east and south and we will find a way to reduce to nothing our financial dependence on the United States but even get out of the sanctions with a big profit to ourselves.”

Meanwhile, another Russian news agency, Interfax, is reporting that Russia has already taken economic action against the US by suspending a decision to to lift ban on US pork imports.

posted on Mar, 4 2014 @ 03:22 AM
link
well i guess that ISS will be evacuated now..
But china (wich fullt support Russia) could be the biggest economic power in an few day's !

US economicly depends an lot of its allies for instance:
the ECB is nothing moore than an "bad bank"of the FED
Russia will raise the gas and oil prices for the EU wich is still suffering on an crisis
that will have an major blow back of the US
edit on 4-3-2014 by ressiv because: (no reason given)

posted on Mar, 4 2014 @ 03:28 AM
link
Yes because Russia can somehow insulate itself from a
global financial slump right? this guy is worse than our politicians,
selling something he cannot deliver on without shooting themselves
in the foot.....

I say that because if the US economy goes, so does a majority
of the rest of the world including their pals in the east for a good
long while anyway... this makes zero sense really.... It is all
connected and to pretend Russia is somehow immune is as bad
as our guys pretending the US can do whatever it wants.
edit on 4-3-2014 by bloodreviara because: (no reason given)


China and the emerging markets in South America are also allied with Russia, can the U.S. afford to place sanctions on every country that is doing well economically? Doesn't that effectively place sanctions on the West, which has a crashing economy?

Who got the idea we could win an economic war against China?

posted on Mar, 4 2014 @ 03:32 AM
link
Well, im certain the pig farmers of the USA will be happy with the sanctions...Just when Putin was going to lift the pok ban.
The American farmer wins again..

posted on Mar, 4 2014 @ 03:39 AM
link
we have 3 superpowers operating in this world
if 1 of them takes to much the other2 will egalise it
Ukraine was i step to much for the US

ofcourse any int. sanction will be blew away by an chinese veto
edit on 4-3-2014 by ressiv because: (no reason given)

An economic war is one of them.

Sure, Russia and China will suffer for a wile, BUT, the US will suffer a blow it cannot easily, if ever, recover from.

We saw what happens when a super power economically goes belly up. Remember the vids of the USSR fleet rusting away. Now imagine the US fleet doing the same because there is no money for maintenance programs.

History repeats itself, only the players change!

Start a sale run on US treasury bonds and the whole house of cards will come tumbling down.

posted on Mar, 4 2014 @ 04:00 AM
link
since years russian stockmarkets were not mentiont in dutch MSM..
yesterday we heared that the russian market lost11% due the crisis and an loss of 43 billion...
if the oil and gas has to be paid in roebels..than the russian market will gain much moore than that i suppose..
and the roebel will rice in price...

pheonix358
There are various ways to win a war.

An economic war is one of them.

Yes, exactly.
This is the pretext of economic warfare already... and Putin just threatened to use economic WMD.

Who wins is the question though? Qui bono? The correction is coming soon is my guess...


Win an economic war with a country that is mostly 3rd world? Easy... default on our loans and start manufacturing products here... without lead and detergents... that they normally sell to us. Initially we would be pressed but in the long run we would be more like America used to be in the 40's and 50's... self sufficient.

posted on Mar, 4 2014 @ 04:23 AM
link
Well. It looks like the war is over, and Crimea is again back on Russian hands. So what’s now? Is the cold war as we saw it some decades ago now restarted or do we see something entirely new and more advanced like “Cold war II” where economic warfare is going to play the role that the nukes played last time ? What’s going to happen when everybody cools down and the new tomorrow starts? What can we expect to see?

The United States (in modern history) has invaded, attacked, overthrown and occupied more nations than anyone else.

And now our government wants to sanction someone ELSE? What a complete joke.

I'm not a fan of Communism but good for Russia.

As a matter of fact, this could start a domino effect.

Russia taking the lead in dumping the US dollar (on an even faster pace). People are sick of Bretton Woods and dollar priced commodities.

The US is called a "super power". Fact is, we're super broke. The only thing we have are bombs, the law of the jungle. Without violence, the US is nothing, a paper tiger. 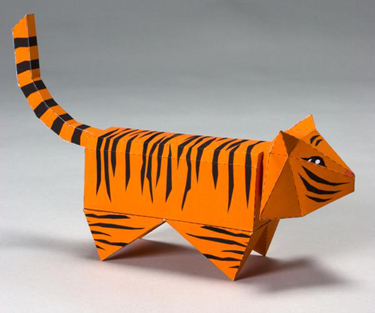 Our currency, dollar and economy is (are) so weak, so pathetic, that we have to bomb and attack nations when they threaten to dump the dollar or change the global economic system in anyway.

US government, news flash: the world is sick of you, the American people are sick of you. Just get lost already.

The US government (and its war mongering allies) are going to lose this one, again.


I'v been thinking something the same, I was watching the Live stream of the UN last night, and they kept on hammering on " well Russia's is finally showing it's true colors"

And things like Russia couldn't keep up with deceit etc...

Wonder what the lasting effect will be.
One thing though, as a European I expect my gas bill to go over the roof.

posted on Mar, 4 2014 @ 05:03 AM
link
Things doesn't make much sense in what to believe what's true for some time.
Only thing is that it seems the EU is doing whatever the US want's/thinks.
It only hurt the EU for a country that isn't of that much importance really for the EU (Ukraine) and it's not worth the trouble it may cause over it (causing bad relations with Russia and with a possibilty EU country's have to pay high gas/oil prices and so on.
Same as then putting sanctions on Iran (which only hurted the EU and not the US, the US isn't using oil from Iran) but the EU following the US nevertheless.
Even after the spying scandals, US rating agency's downgrading EU country's..

What game is being played?

Or the US want's to hurt the EU (where they try to make them and other country's like Russia (you name it) weaker (so it wont looser her dominance) and the EU is just stupid taking anything from the US and following and doing whatever she wants or it's 1 big game where even Putin/Russia is in it where maybe the US is close to defaulting but before that happens again 1 big game must be played out. So the world system (money system) can be transferred to something else but UGLY things must happen first. I mean if the US would just default, people would be rioting but if there is 1 big enemy then they can perhaps do it without loosing support and even perhaps can go all in for a big war? Hopefully this war would be without bombs though of course... But a WWIII isn't out of the picture either.. (with Russia and China on 1 side vs US & Europe).

The people said; never again after WWII but they probaly think it's worth fighting anyways again if the powers want this.

posted on Mar, 4 2014 @ 05:03 AM
link
I just wonder what tricks the US government are up to now...Where do they think this is going to lead?? They are asking for trouble for pulling this crap in Russia's backyard...As if Russia is going to stand by while the US pull this crap...
I honestly believe most of recent uprising's i.e Egypt, Libya, Syria and now Ukraine (and Venezuela next) is mostly funded, planned and executed by the US government and there assets on the ground. (And to be honest its a clever tactic, Better than using WMD's and whatever else excuses) Sure some of the general citizens are involved in the peaceful protests however its the extremists that make these protests take a turn for the worse. What common citizen wants there country to become a warzone with all the death and damage it causes....
Im a little scared where this might lead,...What happens if tough santions go ahead on Russia? What happens when Russia destroys the US economy because of the santions? Those US government pig headed pricks wont allow that...Then what?? Are we heading towards WW3? I believe we are, If it starts over this or something else in the somewhat near future, Its going to happen, And the US will be completley to blame except they will try to convince the world they are the hereos....
Makes me kinda glad i live where i do...But if this escalates no where will be safe.
Maybe im jumping the gun a little - but if the last 20 years are anything to go by then we are all up # creek...And no paddles people...

bringing the world population douwn and blame it to the russians.....

Wish the US had that.