Only Russian Federation can Stop YOUR and MY destruction.

Using my memory, I can clearly remember how things were in the 80s 90s and how things are now.

Make no mistake gentlemen US driven war and corporation machine is working on true world domination and Canada has fell into it along with other western nations. Organized Agenda has destroyed our food (gmo's), NATO geo-engineering is poisoning our skies. US Neocon Agenda has altered even our laws in Canada. Our Harper (just to give you example) has turned Canada into MINI USA. Soon we will be chanting USA USA.

Our Christian values are eroded, the new cool is to be wiccan or atheist, it is also popular to watch vampire TV shows.

Our Education is now laughable just like in the US and UK.

WE are now just as bad ass as United States. And this is true for all other nations US and US banks have managed to usurp.

But guess what, there is hope, Russia may not be as powerful as US, but Russia is showing the Western Conglomerate that it won't go quietly into the night.

Russia stands for NO GMO, NO ChemTrails, Christian Values (although orthodox but Jesus is Jesus)

Russia has a national central bank which does not put Russia into unpayable debt, RUSSIAN FEDERATION HAS NO DEBT

Russians have no world De-population agenda, which is precisely the agenda of the Western Elite in the next 50-100 years.

You are choosing the wrong side of history.

Now I'll admit, Ruskies are not perfect, in fact they are rough around the edges, but that roughness has decreased 50% in the last 10 years because of their standard of living going up and up. So as they modernize more, they will become more friendly to immigrants for example and things like that.

Of course, USA used to be nice too, and after US complex killed Kennedy, US went pretty bad.

So maybe in the future 300 years from now Russia will turn bad too. But for now, they are YOUR ONLY HOPE
edit on Mon Mar 3 2014 by DontTreadOnMe because: (no reason given)


Nice rant but if you love the Russian lifestyle so much why not move there?
I can guarantee that you will move back to the miserable west faster then you wrote your rant.

Now I'll admit, Ruskies are not perfect, in fact they are rough around the edges, but that roughness has decreased 50% in the last 10 years because of their standard of living going up and up. So as they modernize more, they will become more friendly to immigrants for example and things like that.

I was all enthralled until it kinda petered out there at the end. Needs a bit more sizzle, zest and pizzazz at the end. Otherwise not a bad piece.

So, when you moving?


The WEST IN Spain, Portugal, Greece, Italy, and even France isn’t so great now.
They are being forced into austerity so the Ukrainians don’t really know what they are getting into sucking up to the west.

thesaneone
Nice rant but if you love the Russian lifestyle so much why not move there?
I can guarantee that you will move back to the miserable west faster then you wrote your rant.

Oh yeah. I suggest you take a look at St. Petersburg, often voted by tourist sites to be one of the most beautiful cities.

Moscow is all modern

Russian Standard is going up and up and up, when has your standard in the west been going up ?

In fact YOU will be moving to Russia after Federal Reserve is done with you.

posted on Mar, 3 2014 @ 11:52 AM
link
For the balance of world power a strong Russia is certainly preferable. While I love being an American, I dont really want to see the U.S. and NATO dominate everything. A lot, but not everything.

AntiPrivateWestBankers
In fact YOU will be moving to Russia after Federal Reserve is done with you.


Still, the point is valid. If you are sure that the FRS is the place to be, surely you would be relocating soon?


Congratulations on your move!

I thinks it's wonderful you finally found your perfect place to relocate.

Here's a house warming gift to get you started in your new home in Russia... 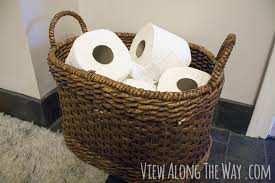 Still, the point is valid. If you are sure that the FRS is the place to be, surely you would be relocating soon?

In fact, I might. And I will point out again, by the end of 2014 when QE infinity methodology of Federal Reserve is done.

You will either be a hunted rebel on streets of USA, fighting against government, or you will be in some other country by then.

That's what I find so ironic among Canadian and American masses glued to CNN, as they laugh and scoff at Ukraine situation, they don't realize that scenario is coming home. Sooner than people think.

It's all about the economy and debt. No country can go for long with 17 trillion of debt and growing.

Destinyone
Here's a house warming gift to get you started in your new home in Russia...
Send postcards...
Des

All you did is prove that you have NO idea of how modern life in Russian cities is like.

If I were you, I would google tent cities growing all over US, you'll be seeing more of them.


Something you might want to know as I've been there and seen things first-hand... Russia is owned and operated lock-stock-and-barrel by the Russian mafia. They don't even make an attempt to disguise it. It's out in the open and in your face on a daily basis. You might want to go visit before you hold them up as an ideal to which we should strive.

posted on Mar, 3 2014 @ 12:07 PM
link
Well now...where to begin ? Russian has a special depopulation program, seems you don't remember it but feel free to read about it here

Russia has a special form of debt, the kind I suppose if you are from Canada doesnt count because well by your own admission you cant count but read about it here.

"You could wrap $1 bills around the Earth 788 times with the debt amount!"

And as for minding their own bussiness, they are not real focused in this area either, I blame ADA or ADHD but read about it here.

President Putin: "Concerning advice for Ukraine on what to do and how. I think the Ukrainian people can sort this out themselves. At least Russia will never interfere in this."


But really ? I don't think I need to go any further and I too am certain that if you were to move to Russia, you would be so far behind where you are now that an electric can opener would seem like a leap forward so yes they are moving forward.


If the federal reserve is as powerful as you say then it would not matter where we live because their reach is far more powerful then anyone can comprehend.

Mamatus
+4 more
posted on Mar, 3 2014 @ 12:08 PM
link
Funny, The OP made some very valid points most all of which were ignored when some of you folks choose to attack him rather than have an honest debate. No where in the OP's post did he/she say that they wanted to move to Russia. Yet out came the attacks. Pretty disappointing as most of what the OP said has already been stated as inevitable realities on ATS.

Personally I do not want to move to Russia. I am however aghast at how the USA behaves in the world.


I don't remember saying anything about the US or Canada being god's gift to the cosmos. Just asking if you were going to walk the walk soon.

Personally I don't think the vast majority of NA residents have a clue one about how good they have it. I have seen a lot of the alternatives. I live here.

Ya know, as I look out my window and watch my neighbor snow-blowing his driveway- and blowing the snow directly on mine- I think Montana is getting way too populated for me. If you DO move, drop me a note if you need to sell your house. I might be in the market.
edit on 3/3/2014 by Montana because: (no reason given)


Destinyone
Here's a house warming gift to get you started in your new home in Russia...
Send postcards...
Des

All you did is prove that you have NO idea of how modern life in Russian cities is like.

If I were you, I would google tent cities growing all over US, you'll be seeing more of them.


I'll contribute the first 5 buck to help you move to Russia. It's obvious you have decided that running from any problems at home, instead of helping to find solutions to what you don't like, is what you do best.

As another poster stated, Russia is completely run from the top by the Russian Mafia, lock stock and barrel. You have to grease every palm along the way to get anything done business wise there. I know, I did business with Russia in the past.

Unless you have a suitcase full of bribes to grease your path...expect to live under a harsh thumb.


S&F to you! I fully agree with you on all points except the "jesus" stuff; I am an atheist after all and if I dislike ONE thing on Russia it's their return t religion. Other than that I agree. Today after almost 40 years in Canada I often wonder if the move to Canada was not my biggest mistake.

Yet to the many that urge you to move to Russia, I see no reason for it. We had a good country 40 years ago so why should we now all flee instead of reform it back to its former strength?


My favorite aspect about Russia..

Giving the citizens incentives to have kids INSTEAD of immigrants as a means to increase population.

They realize the importance of social cohesion and not polluting their culture with foreigners.

Their used to be a saying from the crash test dummies.


'you could learn alot from a dummy'