posted on Mar, 3 2014 @ 03:39 AM
link
As most of the East Coast of the United States prepares for another blast from Old Man Winter. For some of us, including myself, we are already under the gun with this next storm with ice and snow falling all night and later into the day on Monday. With that in mind, I think its time we show off what winter has been like in the places we call home. Winter around West Virginia can get treacherous and this winter has been no exception to the rule. I hadn't really had the chance to get out and get many photos but when I did, I made the effort put forth count.

The first photo I was really able to get out for was taken back in November after a couple of squalls off of Lake Erie hit the area. In this photo, we have a local freight heading west through town after working an industry here in town. I think the snow on the ground may have or should have been taken as a sign of what was to come. Mind you that this was taken at the end of November!!
 

The next two big storms we were hit with came within two weeks of each other and dropped another decent amount of snow in the area. The first storm came through and dropped a half a foot of snow here with much higher totals in the mountains. Here we see a westbound freight train coming through town as it makes its way on toward Kentucky and Ohio. Even though it was not moving very fast when it came by. It was still creating enough wind to whip the snow up into a white cloud as it passed by.
 

This was the next big storm to hit the area that came in back on February 12th and into the next day. The day before and in the hours leading up to this, the forecast models had predicted a paltry one to three inches of snow for the area. Overnight, a low pressure center developed right off the coast of North Carolina. When this started to occur, it began to enhance the rate of snow that was falling over the area overnight and into Thursday morning. After all was said and done with, we would wind up receiving a foot of snow due to what had developed over Wednesday night and into Thursday morning. This eastbound freight train was one of a few trains that ran during and after the snow had ceased.
 

The next photo was taken the Saturday after the storm had cleared out and off the East Coast. Here we see an empty coal train moving through town as it heads back to the Kentucky coalfields for more black diamonds. This guy was really moving as the snow he's kicked up is blocking out most of the train behind him.
 

Fast forward to tonight and the storm that is happening as I type this up. We are forecasted to once again get between eight and twelve inches of snow. This on top of the quarter to half an inch of ice that we had already received early Sunday night. These photos are hot off the camera and really show just what a couple of hours can do when it comes to a change in the weather. It was 50 degrees yesterday afternoon and right now its around 20F with snow falling.

Show off your photos, stay warm and stay safe out there!!!

posted on Mar, 3 2014 @ 07:34 AM
link
Those are some nice pics. I think everybody likes trains and the town pics are cool too. I havent had my camera out this winter but these photos I got on FB. Both of the local area this winter. 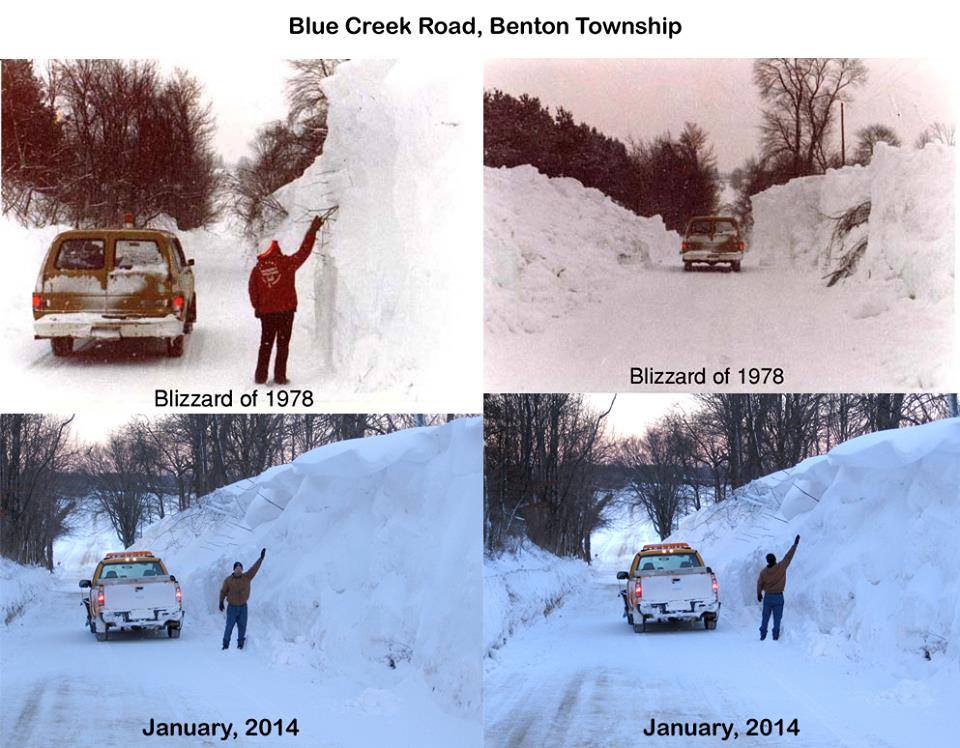 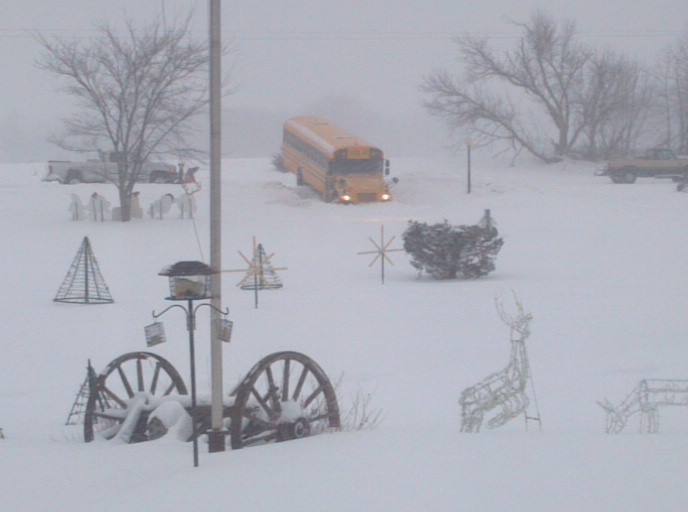 posted on Mar, 3 2014 @ 08:10 AM
link
I haven't been out much to take decent photos with my nice camera (too cold) but I have a couple on my phone. The quality isn't great but that's all I have right now.

This one is from my office window from December

This is looking down my driveway

I was taking the garbage out the other night and there was a fog in the air that made the moon look pretty neat.

posted on Mar, 3 2014 @ 10:55 AM
link
I posted this pic on a different thread earlier in the year. The shot is taken off the a roof of a 19th century factory building in the Fishtown neighborhood of Philadelphia, looking north. enjoy! 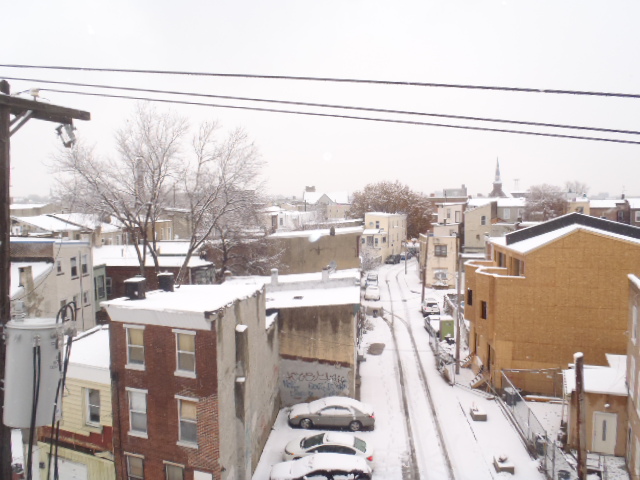 The image of the snow piled up in both photos is just simply amazing. The Blizzard of 1978 was one of the worst storms to hit this area in twenty years at the time. Even though I wasn't born for another six years after the storm. I have always heard stories from my dad about how he would get to and from work during and the week after the storm. This is a photo I found on a website about my area. This is on Quarrier Street in downtown looking toward, I believe, Dickinson Street and the main library.


I haven't really got out much this winter as well, it has just been too cold on some days to get out. This winter has been the coldest we've had here in at least the past twenty years. With that happening, the last couple of times it has snowed. It's taken almost a week for it to melt. As much as I love taking photos in and of the snow. It's not worth getting sick everytime it does snow to go out and get pictures.

PinealJockey
I posted this pic on a different thread earlier in the year. The shot is taken off the a roof of a 19th century factory building in the Fishtown neighborhood of Philadelphia, looking north. enjoy!

Must not have been that much of a worry with this snow seeing as to how the streets look like they haven't been touched. The storm we had got hit with here a few weeks ago. State crews actually gave up on treating the roads due to where the temps hadn't risen and where the snow was coming down faster than what they could plow off the road. I know of at least a couple of cars that I saw spin out due to where the roads were absolute crap.

Took this yesterday as a friend of mine and myself were up around White Sulphur Springs, WV and Covington, VA yesterday. An eastbound grain train is seen getting ready to "knock down" the signal at White Sulphur Springs as it rolls on toward the Tidewater ports in Virginia. My friend and I are currently in the process of documenting the last of the Union Switch & Signal cantilevers, pole signals, and signal bridges remaining in service on both the New River and the Allegheny Subdivisions before they are removed.

If you look closely, you can see the base, the rectangular thing with a hole in it, for a new signal right next to where the culvert comes down off the hill.