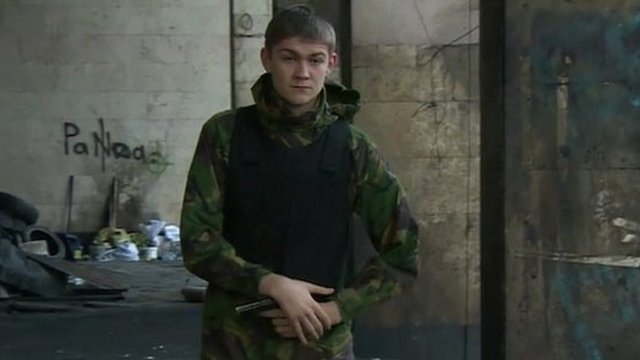 An armed right-wing protester as reported by Western media.

Last month's revolution in Ukraine saw thousands of students, workers and families take to the streets to demand political reform.

But amongst the crowds of ordinary citizens were a small number of far-right groups, who were often responsible for the most organised and violent protests.

That's about all the BBC article says, however this is important because there is one key difference in the U.S. view on the Kiev protests and the Russian view. The U.S. thinks that the gunshot wounds inflicted on 22 or so protesters were from "Police Snipers" while Russia maintains they were from "right-wing protesters."

Russia states that the police were only equipped with non-lethal weapons, and the protesters had gunshot wounds from bullets. I have collected the following pictures from RT showing armed protesters. 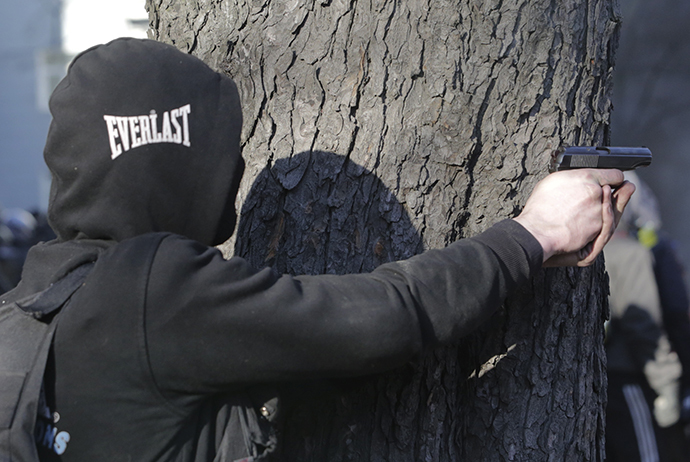 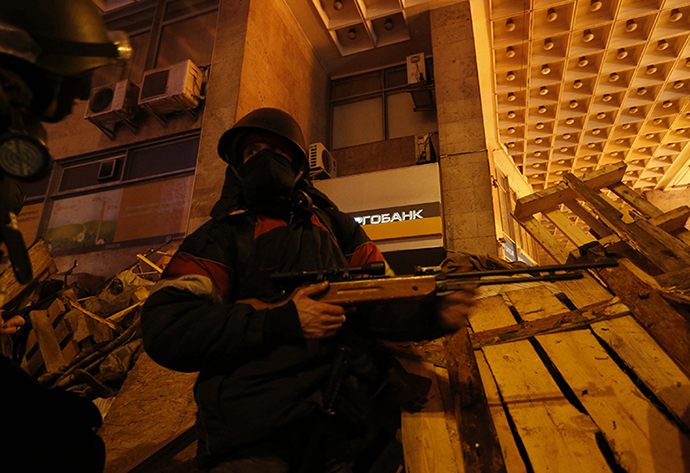 Someone on ATS said the above picture was not a real gun, but a pellet gun or some such. I was unable to find any pictures of police snipers in Kiev, despite intense Google Image searching -feel free to check.

The common notion was that since the power was seized in Kiev, the situation has only been deteriorating with radical nationalists rapidly coming to power and threatening the lives of those opposing their actions, most notably the Russian citizens living in Ukraine.

Here, you can see that Russia is preparing to enter combat in Ukraine - and it cites the armed protesters and the "coup" as a reason.


Here are some more updates piggy-backing on this story, we have reports of Russian tanks moving into Ukraine. 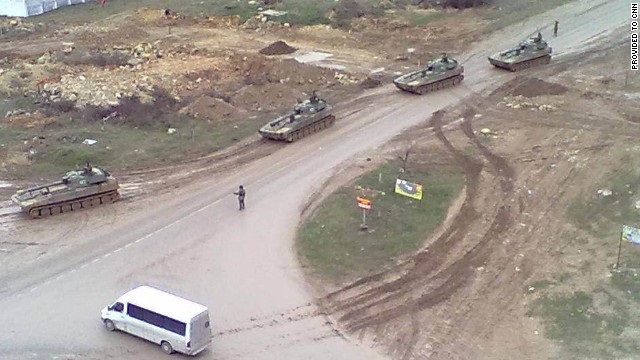 
The sencond picture (Everalst pullover) Looks like he's holding a Makarov 380 or 9mm. Why the hammers not back if he has shot already. Thats quite a pull with the hammer down. the 3rd picture does look like a pellet gun. Not sure what type. Break style. if its a rifle (is a left handed rifle) the kid in the first picture is left handed. Just some observations.


Did you watch any of the videos being put up online showing many of the Police at or around the riots armed with firearms? I know I did and I'm sure many others did as well. I also know RT would have a slightly biased view in Russian favor being a Russian News program *their version of CNN or FOX etc. so it doesn't surprise me they would slant the story in that manner.

Were all the ones shot, shot only by the 'Right wing' as the articles suggests?


You know...... I'd have a lot more confidence in the rebels the United States is backing...if they weren't carrying PELLET RIFLES like children out to play for the day.

That second photograph is a Chinese air rifle that shoots .177 diameter lead pellets. I owned one myself until recently and they're marginally better than your average air gun but not my much. What IS different about it is what you can see in the picture...as well as one the day before the coup, where media are hooked on filming this same guy as if that's a real firearm. It's a solid wood stock (high quality for what it is) and steel construction. So it has the look, feel and heft of something much more.

The second 'rod' you see below the barrel pulls down in an arc to pump/pressurize the chamber inside with a single stroke. They don't multi-pump in that model ...but it's also something you'll see the media avoid showing him do. I watched carefully the first real coverage showing that air gun and they showed him firing it repeatedly that first day (No shot sound, of course)..but never reloading or recharging the air mechanism.

Errr... Give the kids more than air guns and it might be impressive. Where are the 1,500 weapons they raided from the armory a couple days before taking the government by revolt/coup?
edit on 1-3-2014 by Wrabbit2000 because: (no reason given)

IMO, they might actually be Soros funded and in "disguise".