But I always have hope!


The path to change is not what many Americans would dare to even think about this days, most people are waiting for that one hero that will led the liberation road to freedom.

But in a nation where the corporate dictatorship government controls most of the nations welfare, jobs, media and propaganda is going to be very difficult.


The path to change is not what many Americans would dare to even think about this days, most people are waiting for that one hero that will led the liberation road to freedom.

But in a nation where the corporate dictatorship government controls most of the nations welfare, jobs, media and propaganda is going to be very difficult.


Yes, it'll be difficult. The great things in life are difficult to obtain.

If it were easy, then everyone would be doing it.


But in a nation where the corporate dictatorship government controls most of the nations welfare, jobs, media and propaganda is going to be very difficult.

In fact any upcoming conflict will most likely as huge as the world has ever seen. Fighting against the control within the US is also fighting against powers that are bent on world domination. Make no mistake this fight will not be comparable to that of overthrowing some two bit dictator or chasing off a corrupt leader as in the Ukraine.

I have no doubt those that control, the central banks and the MIC will stop at nothing to maintain control of what they have. Whatever happens will not be "small" as we've seen in the ME, Ukraine, or Venezuela.


I don't doubt that there are people that are fighting back in their own ways out there and that that information may be limited. A post on facebook could be hidden via a filter quite easily, I imagine. I kind of noted some oddities a couple years ago in regards to Occupy posts on Facebook and seen some curious phenomena with Twitter trends in regards to other subjects. Basically, if you don't exists, then why would you look for it?

My preference is this: I fight back on a nearly daily basis utilizing my First Amendment. I'm well versed in the limitations of the 1A and am incredibly mindful of those limitations. What I do is point out fallacies, state my opinion, state what I perceive are risks and more--all of which are rights afforded to me by that 1A. I do it at least once a week, publicly in a brazenly online fashion, and by doing so at least once a week over last 8 months and not getting "disappeared", I'm proving that there is no consequence to sharing one's opinion (as long as it's mindful of 1A).

The chilling effect has to be disproven through the practice of free speech imho. Period. It's only our democracy on the line.


I see the big picture, in order to take our nation back it will be a completely collapse of the worlds Ponzi scheme economy as we know it, many people have not clue that the fate of the fake world we see around us and those of entire nations economy rest in how long can the US keep control of that fake world and the economic Ponzi scheme.

Those behind that scheme would die first protecting the corruption if they do not kill themselves first, because once the commoners learn what they have done to entire nations they would not want to live anymore as they will be persecuted.

Daddy government will help you understand why you must capitulate. 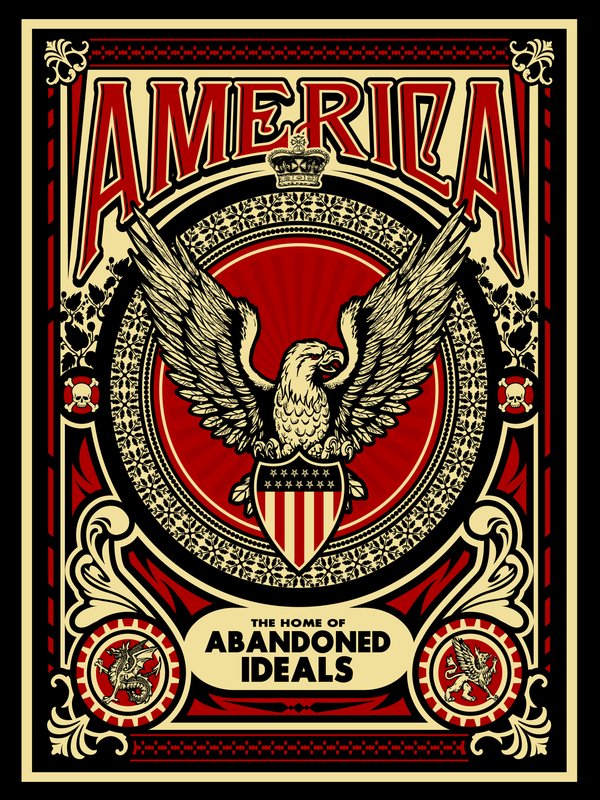 
That's an irresponsible thing for a media personality to say when the whole concept of US was founded on concept of being free men/woman. That said though, how much freedom does the average American have compared to the average citizen in remainder of world.


Only a Commie wannabe would say something like that . And to all you Alledged American Citizens out there who might agree with him , why don't you all just move to China and do the Rest of US a Favor..........

posted on Feb, 28 2014 @ 05:32 PM
link
OK this is weird. This topic was posted on the front page of ZeroHedge this morning. The ZeroHedge article then disappeared and ended up in the archives and the RSS links disappeared. Now the article shows up in their archive re-dated December 22, 2013 with the following "dated" addition:

@zerohedge your blog post erroneously suggests that i support that sentiment -- please fix, that's not what I was saying
— Jake Tapper (@jaketapper) December 23, 2013

So maybe it is a couple months old but that doesn't explain ZH changing the date on the article they had posted on the front page today. Either way Jake Tapper did say what he said so whether this is today's or 2 month old news it doesn't change the issue.
edit on 058pm3838pm62014 by Bassago because: can't spelle

They see you flexing them muscles


TPTB own the media, and there will not be a peep against Patriot Act or NDAA or TSA. But my FaceBook page has something everyday from friends and groups that post egregious Police State actions. The social media and places like this site and the comment section of Yahoo are where the real feelings of a large percentage of the nation can be found. But we're no longer a majority.

posted on Feb, 28 2014 @ 06:10 PM
link
Rise of the she-men in America.
"oh, who will protect us?"
My grandfather would have shook his head and muttered something about sissy-boys being too good to get their hands dirty.
These people are very brave when it comes to sending others off to war though.
Usually first to get in the cheerleading line.

posted on Feb, 28 2014 @ 06:33 PM
link
Sadly, I've known people like that. People who think freedom simply means doing whatever they want and safety means being able to indulge in their "freedom." They want the security of having all the icky responsibilities of "freedom" (which is more properly understood as liberty) taken care of for them. They don't ever want to fail.

Basically, they don't want to grow up, wish they hadn't. They're the ones who want food, clothing, shelter, health care ... basically the second bill of rights all guaranteed and wax poetic about a "living wage" they receive whether they work or not.

They don't want a government. They want a parent who doesn't actually have house rules.

But they the kicker is that they feel entitled to drag all the rest of us into their gilded cage fantasy Utopia along with them and they get awful angry when you tell them they have no right to rob your pockets for those things they want from the government. Ironically, they get even madder when you call a spade and spade and label them communists.

posted on Feb, 28 2014 @ 07:47 PM
link
More hypocrisy from the right I see. Complain when free speech is " under attack " and then complain when someones uses that free speech when they disagree with what was said and then ask for them to removed or worse.


Are you sure we're no longer the majority or does it just feel that way because of the media and the way that people are afraid to be too open about what they really feel?


Is that the right that does that? From your perspective?

Onslaught2996
More hypocrisy from the right I see. Complain when free speech is " under attack " and then complain when someones uses that free speech when they disagree with what was said and then ask for them to removed or worse.

Sadly, many of us agree that more Americans prefer security/safety above freedom. I actually agreed with Tapper.

I would assume lawyers who go to work for the government have read the b.o.r and should know these rights are self operative. So I tend to have this view that if you're going after one, you're a damn wackjob. Its like stepping on your own foot and then saying ahah I hurt you! jekezz

I dont really buy into the left or right thing, tend to stay in the middle. Helps me keep an eye on both.