I’m not sure why, but I have always been interested in really valuable and rare antiques, artifacts, machines, etc.. I guess it’s the story and history behind the objects that really sparks my interest. I came across an article today about the most valuable stamp in the world to be auctioned off. 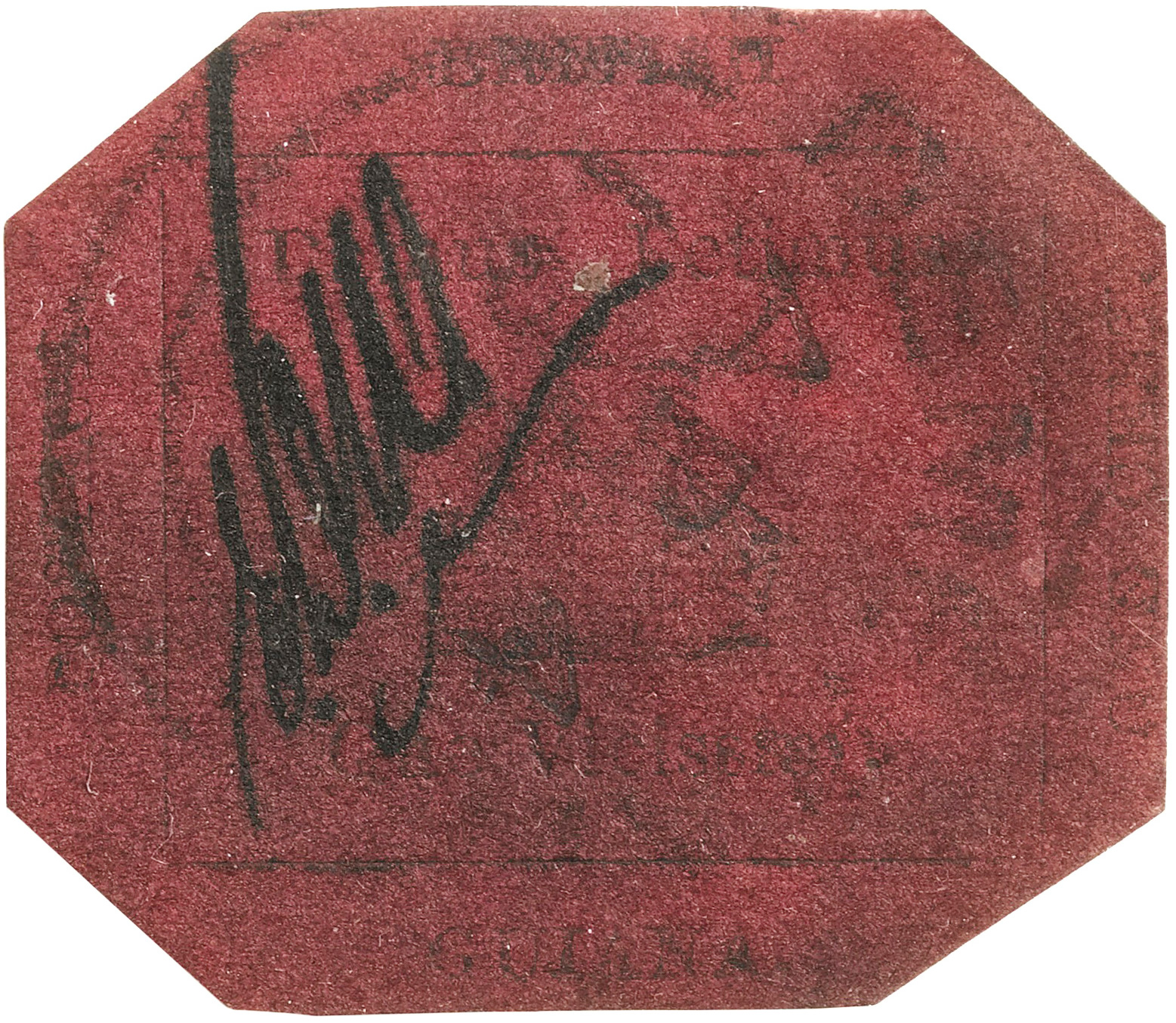 Known as “The Magenta”, it is the only remaining 1856 British Guiana One-Cent Magenta stamp, the rarest in the world. It’s the only stamp missing from the British Royal Family’s private collection. It’s about one and a quarter inches with an image of a three-masted ship and the colony’s motto: “We give and expect in return”.

It hasn’t been on display since 1986 and has been in the private hands of John E. du Pont until his death in 2010. Interestingly, du Pont died in prison. Apparently he murdered world class wrestler David Schultz, whom du Pont had sponsored.

This stamp is projected to go for 10-20 million. That’s millions.

Got me thinking what are the top five most valuable stamps thus far? Here’s what I have found. 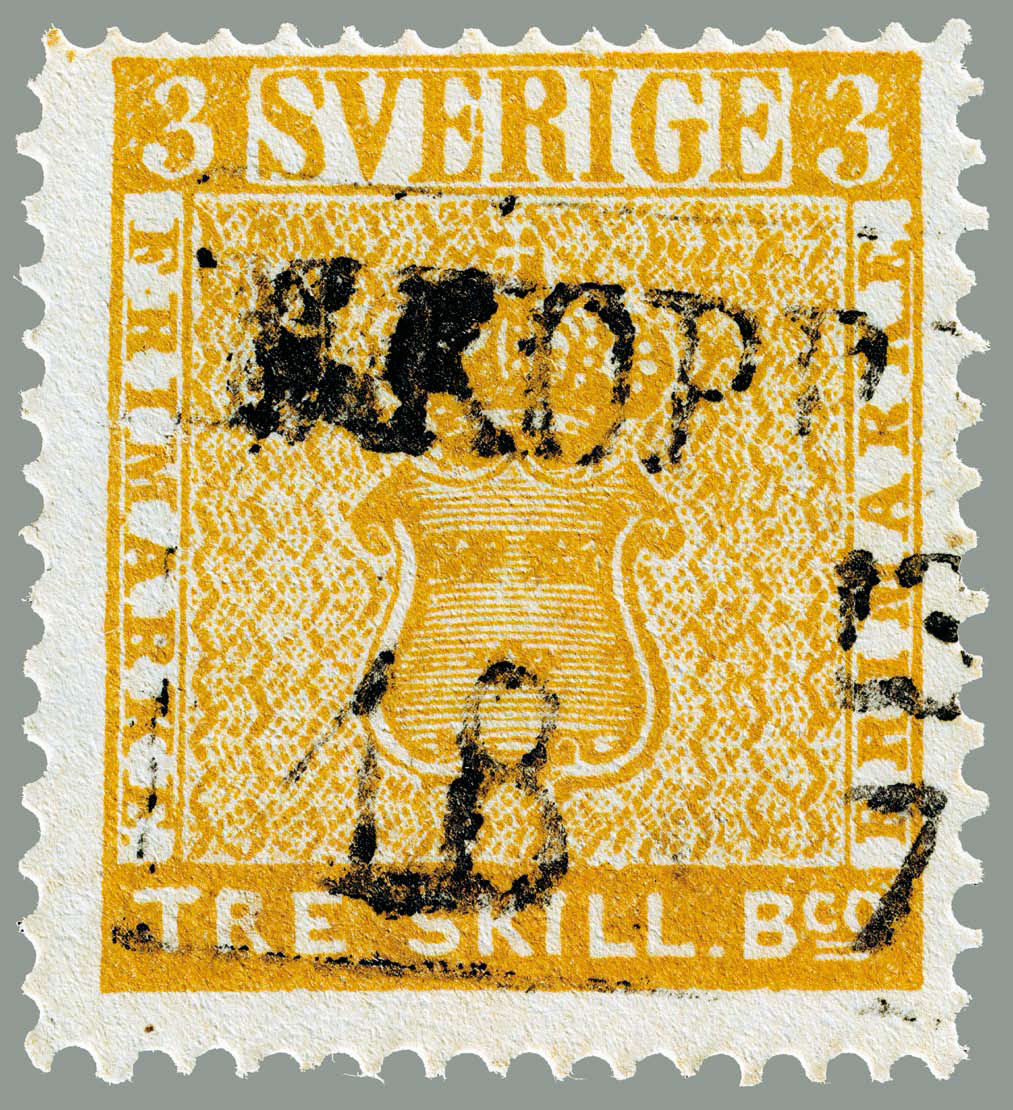 Estimated value: Much higher than US$3.14 million 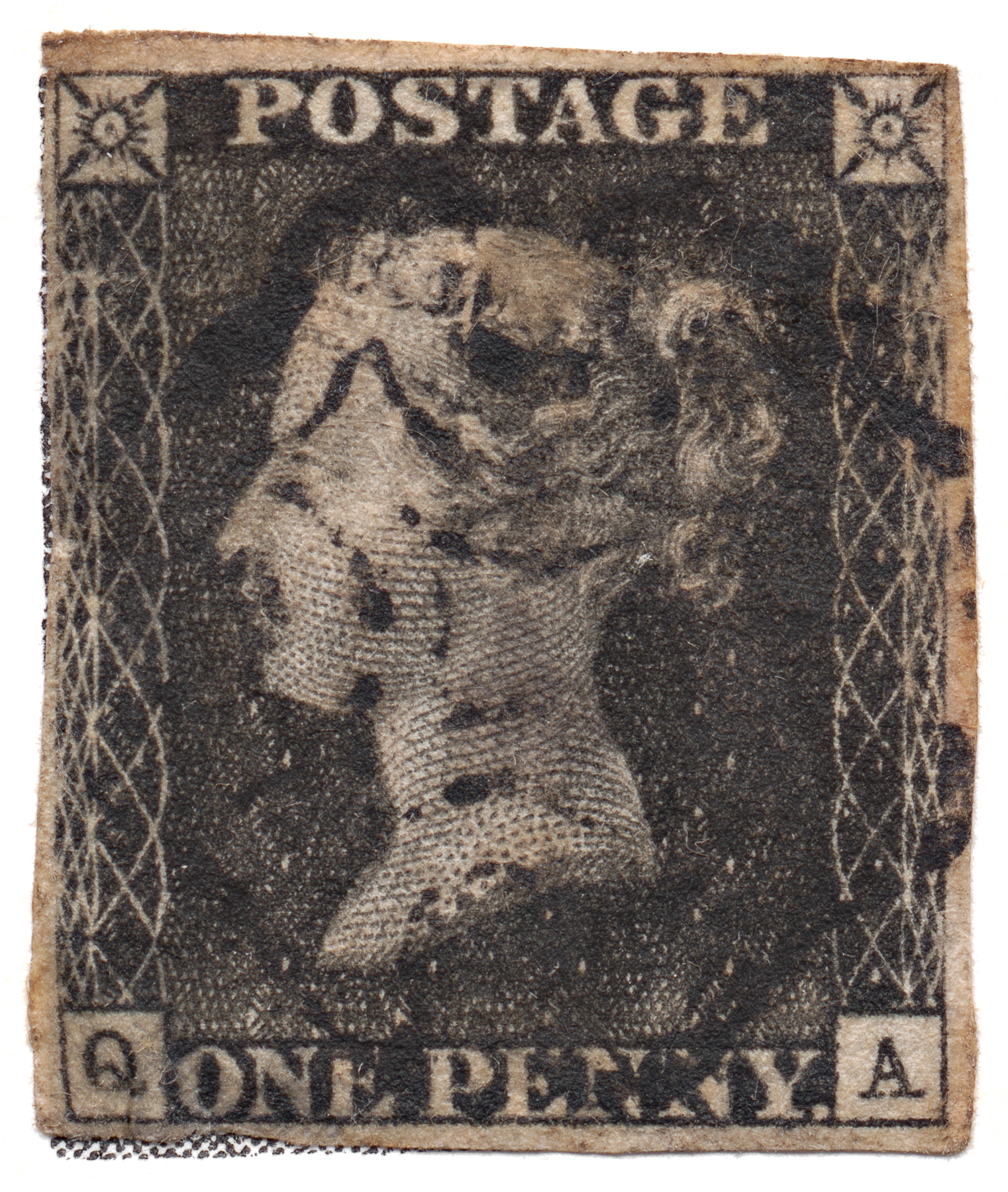 The UK's 1840 issued Penny Black is the first stamp in the world. It was designed by Rowland Hill, who proposed the reform of the British postal system. He was called the Father of the Postage Stamp.

Only two pieces of the early issue can be found now and these are regarded as real treasures. A few years ago, a rich businessman bought a copy from a US auction house at the price of US$5 million. 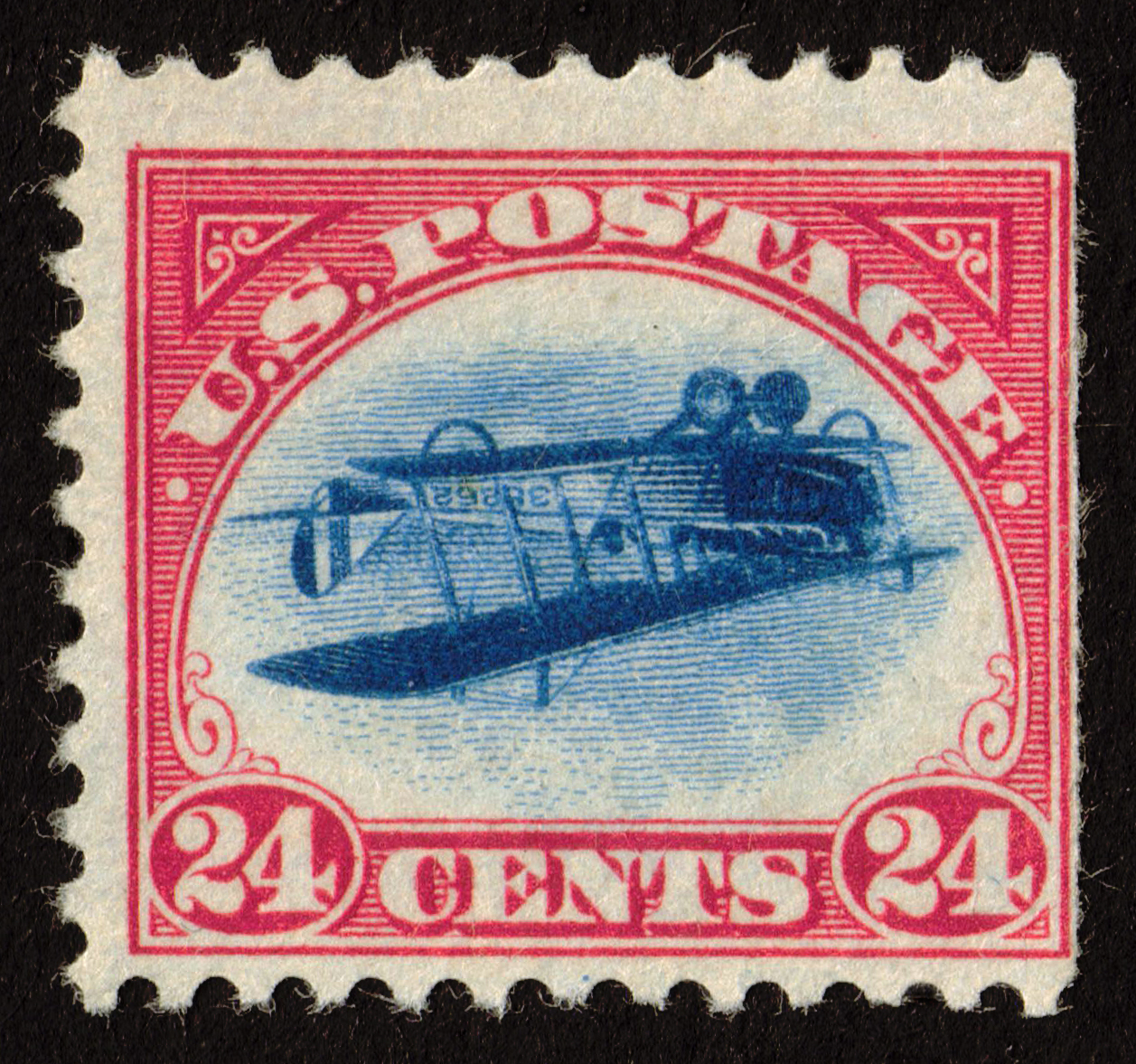 Even if not a stamp collector, I think most everyone has seen the image of this famous stamp. The 24-cent Jenny stamp was the first stamp for air-delivery issued in 1918. The stamps were printed on sheets of 100, but each sheet had to be fed through the printing machine twice. Therefore, it was very easy to accidently flip the sheet on the second pass, and this is exactly what happened. One of these sheets was printed with the jenny plane upside down, and sold before the error was noticed. This was how the Inverted Jenny got created.

Only 100 pieces of the Inverted Jenny can be found in the world nowadays. A block of 4 stamps was purchased in 2005, for US$3 million. 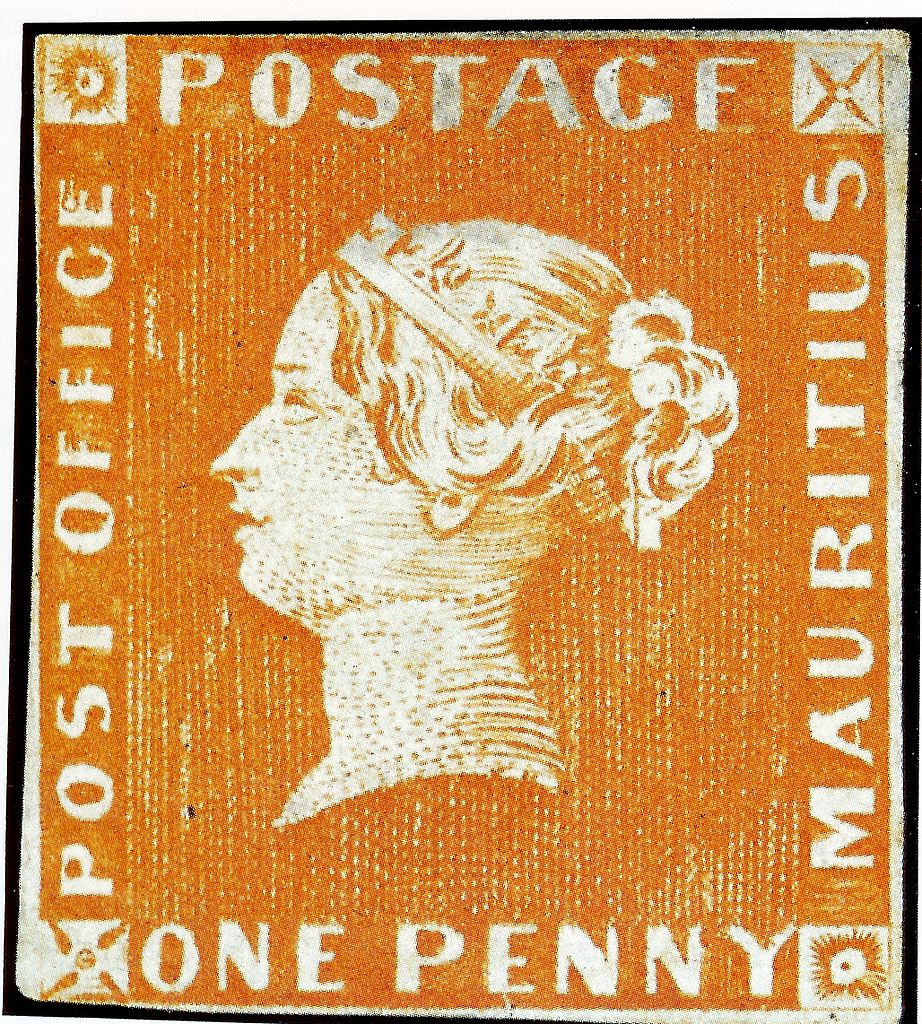 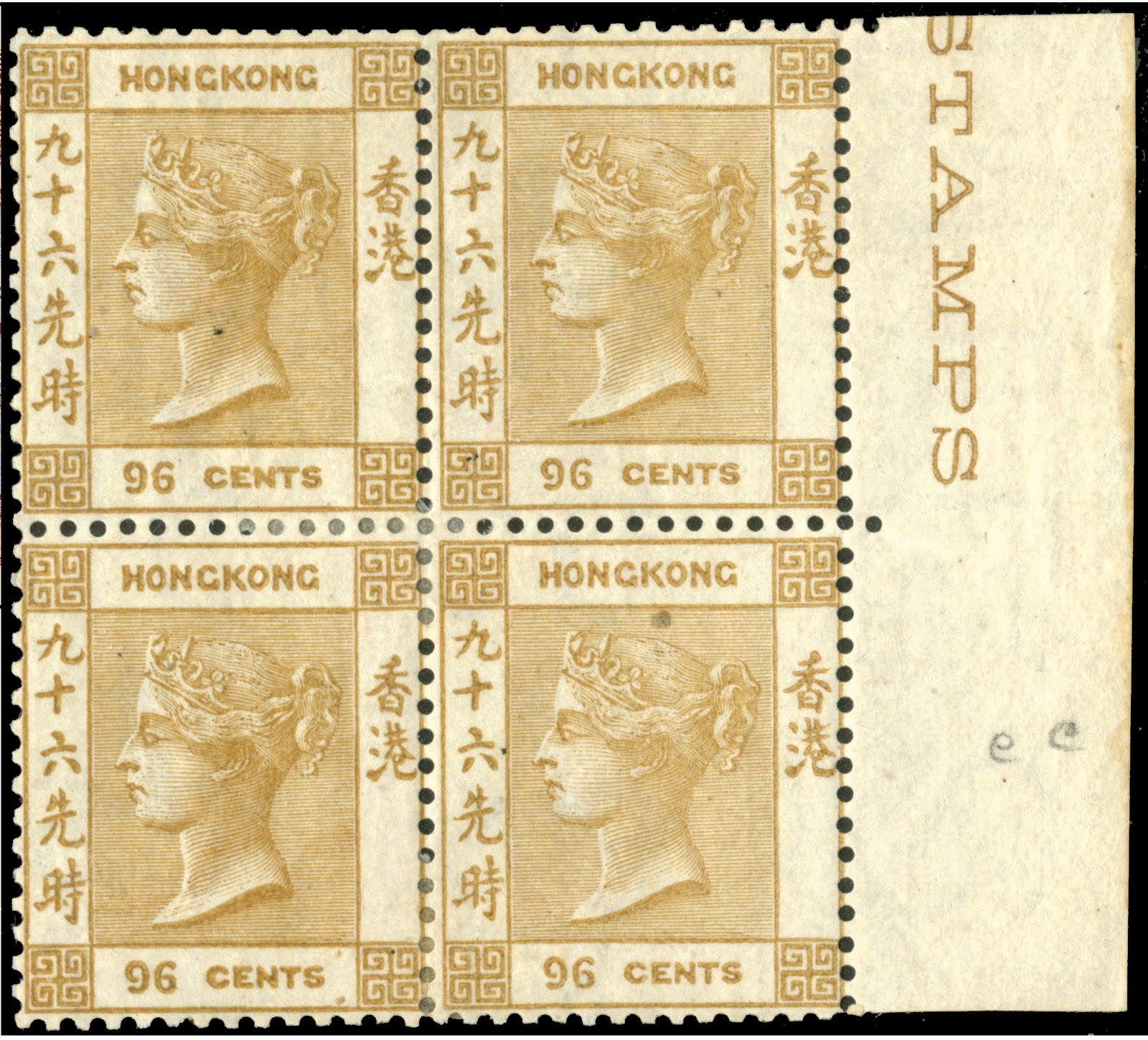 The Olive-colored Queen Victoria's Head, printed in 1864, is the most expensive historical postage stamp of Hong Kong. The face value of the stamp was 96 Hong Kong cents (12 US cents) and it should have a brownish-grey tone. However, due to a printing error, 52 sheets of the stamp were printed in olive color. The watermark was wrongly styled, and the word "CC" was printed in the wrong place. Among all 40 pieces of the Olive-colored Queen Victoria's Head that can be found in the world nowadays, there is only one block of four such stamps existing.

but it is their money do with it what they may.

And on that note, I have a one of a kind little toe I will sell...


I'd imagine they get the value based on the market of a given collectible. It's like anything else, the more rare it is, the more it's going to be worth to those who collect. For people with that kind of cash flow, it tends to be nothing more than an investment like artwork.

Fylgje
How did they come up with this value???? I have a coupon from the 1800's. Why isn't it worth that much??? These stamps aren't worth but 2 or 3 dollars tops, but I am certain that some rich nimrod will buy it. I don't get how they set the prices for this crap.

Its because its rare that sets the price. Other than that its an investment and the title of being "owner" is much more sought after.
I would buy a truck of those "rock" that your mentioned above, can supply me those ? Since "its not that rare" $1300 would be ok I guess ?


But diamonds are in many stores on every corner in every town in every state in every country in the world. That sounds rare to you?? They are beautiful, but how is the value set at what it is? It's just a rock. The same with antiques. I'm not trying to be harsh, I just don't get it. I could cut out an ad from a rare magazine that not many have; Does this mean I should put a price on it of 4 mill? I don't understand who sets these market values.

Auction house has created another world record by selling a very rare and unique 19th century postage stamp that traces its origins from a former British colony situated in South America. The stamp fetched an exorbitant amount of nearly $9.5 million at the sale.

Reportedly, the unique item has been bought by an unknown bidder. Interestingly the entire bidding process took only a couple of minutes from start to finish for this Guiana one-cent magenta stamp. Whenever this particular piece has been displayed at an auction, which is a total of three times in auction it has always created some sort of record for a single stamp.
The last owner of this famous piece was du Pont chemical empire heir John du Pont who acquired the vintage stamp in the year 1980 for a record price of $935,000. This famous item has now been sold off by his estate and its proceeds will be donated to his charitable organization titled the “Eurasian Pacific Wildlife Conservation Foundation”.

Although I am in complete agreement with other posters here about ridiculous valuations I nevertheless found your post interesting.

I enjoyed reading about the rarity and the mistakes and stories that have led to the desirability of these stamps. In your own words "I guess it’s the story and history behind the objects that really sparks my interest". Thank you for doing the research and posting the pics.

2 questions for the experts here.

1. I need to sell recently deceased dad's stamp collection. How would y'all advise I go about it. I have 3 sets of high quality photocopies of each stamp. I've also wondered about the price being higher in Hong Kong for such things?

2. I have a box full of canceled stamps. Most of the postmarks are partial or otherwise inconsequential. Seems to me I should soak the stamps free of the paper. What do you advise?

posted on Jun, 20 2014 @ 12:41 PM
link
a reply to: BO XIAN
If it was me (again, I know very little about stamp collecting) I would seek out a reputable dealer or appraiser to find out what the collection is worth. They may also advise how to proceed with selling them. The dealer may buy them directly though it will probably be for a lesser value as they need to make some money off the resale. Depending on the appraised value, an auction house may be your best bet. Good luck and keep us posted.