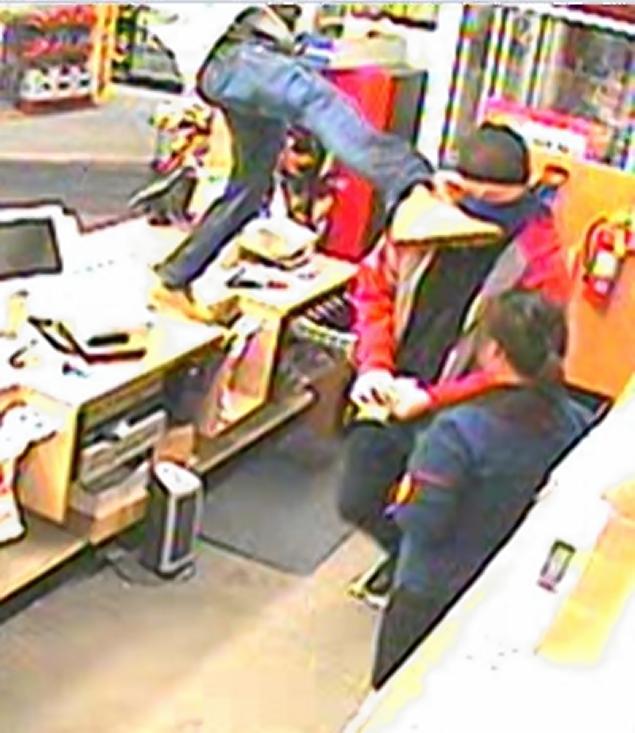 A fearless pharmacy customer climbed on the counter and kicked a knife-wielding crook in the face — causing the culprit to drop his cell phone.

This pint-sized piece of evidence led authorities to Simon Hanson, of Forest Lake, Minn., in connection with the alleged attempted robbery at the CVS and another bungled burglary at Gulf Corner Gas, both in Saint Paul Monday night, according to local media.
Hanson, 28, was charged Wednesday with one count of first-degree attempted aggravated robbery, reported local station KARE.

I'll be honest I got a grin on my face while reading this. Here we have a customer who was probably tired and just wanted to get someplace else and decided to do the store a favor. Normally I would have thought that this was a dangerous move on their part and should have let the Police handle it but with the stories floating around these days that may have been worse.


Here's a picture of the Victim robber who blocked the kick with his face... 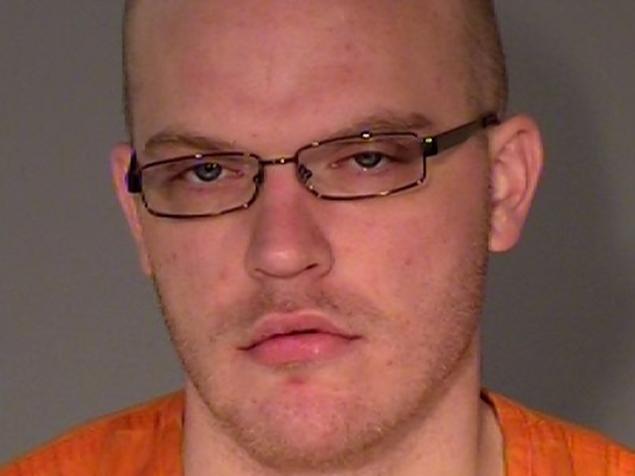 
I laughed out loud!

S&F. Thanks for making my day.


You do realize he will probably file charges against the customer, don't you?

Illegal use of an unregistered "assault shoe".

Yeah that was dangerous, and belongs on the worlds most stupid criminals.

And it is funny.

posted on Feb, 28 2014 @ 01:45 PM
link
Good for him and CVS policy will probably be to ban him from their stores. Aren't they the ones that fired an employee for stopping a robbery?

I wonder why he wasnt charged with armed robbery?

posted on Feb, 28 2014 @ 01:49 PM
link
Did the sleaze bag leave with anything for his headache.???
Although joking apart, it wouldn't suprise me if this guy get's arrested for assault..

Sleaze bags lawyer in court - "after all...he could have just...walked away, he wasn't threatend, but NO..he chose to stay and assault my client, it was a premeditated attack which left my client with facial damage"

posted on Feb, 28 2014 @ 02:01 PM
link
Public service announcement *Robbing a Pharmacy could be hazardous to ones health

andy1972
Did the sleaze bag leave with anything for his headache.???
Although joking apart, it wouldn't suprise me if this guy get's arrested for assault..

Sleaze bags lawyer in court - "after all...he could have just...walked away, he wasn't threatend, but NO..he cIose to stay and assault my client, it was a premeditated attack which left my client with facial damage"


Nah I would have shot him. Here in GA self defense can be used when you fear another's life being in danger; not just yours. We have had a rash of armed robberies in my small town as of late. Two convenience store clerks were shot and a Freds employ shot at by robbers. I assume their intent to be murder and robbery. Ive had a robbery scare at one of my retail locations in 2009. Time for officers to arrive? 8 minutes. Those minutes felt like hours. Producing my 45 may have saved my life. It saved his. (He hauled azz)


I'm sure there will be a thread on it pop up


I wish more people would stand up like this guy... we have the ability to police ourselves, always have... it's a shame we leave the policing to those who would rather be lording...

posted on Feb, 28 2014 @ 06:47 PM
link
Bet he wanted some serious biz with the missus that night
Just made sure that he could get his blues

I love the fact that the customer kicked him from the position of being on the counter as well! I mean, getting booted in the face is bad enough when someone has had to use half the power in their leg just to reach your skull, but taking a foot to the head from that elevation?

I think the fellow must be thinking about a career change right now. Crime comes with dentist bills!


LOL i agree!! The customer booting him from on top of the counter makes it that little bit, well.. alot more funnier!! He must have been quick to jump up there too without the robber realising! what a ninja!!


This is great! Dangerous, but I'm glad to see people... umm-mm... getting their kicks while making some headway against crime.

I hope the actual video of this comes out and someone will post it on this thread! I tried to find one to no avail.


I have to chime in here. When I was younger, I played rugby I was in pretty good shape... Actually I was in scary good shape, I worked out and ran daily, I took some martial arts, wrestled and "play fought"(in canadianese, I got drunk and beat the living piss out of my friends, and team mates.)

I worked for a grocery store, I decided to be that nice tough guy and save the day. Stupidest # I've ever done. I attacked the guy who I should have totally been able to take, and others were around who could have jumped in to help. No, didn't go that way. Nearly everyone else around stood around like chickens in the rain. If you're going in, expect to be alone. On top of this, the jack ass with the knife I went after was strung out on god knows what, and took kicks, punchs, wiggled out of arm bars, and literally had to be stood on by my bloodied self and two other people to hold down. Hand to god I had at least 40 lbs, and nearly 6 inches of reach on him. He stabbed me through the fore arm, and cut me deep on the left hand. I broke his jaw, his nose, buggered his left eye and dislocated his shoulder but he fought like I hardly touched him.

Be careful, you have no freaking idea what you are getting into. I love hearing stories like this, and would totally jump in if someone was in danger, but money or products are not worth our lives. Some jack ass junky wants the cash in the till, don't risk your life to stop him. What's the most in a till? I bet it's less than the medical bills you could land yourself.
edit on 28-2-2014 by Hijinx because: (no reason given)