page: 1
22
<<   2 >>
log in
join
share:
Arken
+5 more
posted on Feb, 5 2014 @ 03:18 AM
link
Remote Places to transact dark business? This could be the right place. In a previous thread Disk in The waters of Mysterious Johnston Atoll I had found a strange round "object" of 20 meters in diameter hovering above the waters of the Island. During a check, I've found TWO other identical "disks shaped object" of the same dimension (20 meters): one underwater, and the other one above the water that cast its own shadow... Three identical "objects" with same dimensions in the water of this Mysterious Island. Second "Object" cast its own shadow on the ocean surface Submerged "Object" with tail in the water There were "rumors" of a "Secret Diplomatic Meeting" between, Aliens and governments representetives right in 2009 .
ufodigest.com...


Did U.S. government and international representatives meet with extraterrestrials in November at a remote area in the Pacific? That is the interesting account put forward in an e-mail news and information service this week.

Victor Martinez, a former U.S. government employee who coordinates the e-mail communication activity, says that confidential sources who are current and former U.S. Defense Intelligence Agency (DIA) officials told him about the meeting.

Martinez reported that his anonymous source(s) stated that on Nov. 12, 2009, extraterrestrials who have been in contact with elements of the U.S. Government for several decades met with U.S. and international representatives at the remote Akau Island. The island is part of the Johnston Atoll system of islands, a U.S. territory in the Pacific Ocean 750 miles south west of Honolulu.

The extraterrestrials landed their craft on the island, the source(s) said. Since plans had been made for this meeting, according to the report, this craft would most likely be considered an identified craft, rather than the often-used term UFO or unidentified flying object.

Johnston Island, a remote place classified as "Territory not incorporated of the United States" under control and military jurisdiction, that is does not allow the complete application of the American Constitution. Nearby the atoll, there are also very unusual and symmetrical channels or hidden submerged structures that are artificials. The entire atoll is artificial. In fact, other islands, Akau and Hikina, from 1940' to 1960' growth and built by dradging. The entire area was a nuclear and chemical weapons test site and a waste storage facility JACADS.
Strangely, this area is also incorporated in 2009 in the Pacific Remote Islands Marine National Monument, so it is higly FORBIDDEN to the public.
What better "official" Cover Up!?

From some time I don't believe in coincidences....


Johnston Atoll. One of the best kept secrets (Not!) in the Army. Everyone I knew who was stationed there loved it. One bud called it the Army’s only stationary aircraft carrier.

But since they have supposedly shut down the Chemical weapons DeMil site, it would be a great place to meet in secret with others. Or do experiments on them as well. It would be a excellent place to augment Area 51. It’s not like you can drive by it or hide in the hills.

It could just be some concrete platform's of some sort, for what purpose i don't know.

It's funny though that one is looking like the Moon, so it could also be a glitch.


Mooring points for the ships that were delivering the Chem-Bio weapons to be destroyed maybe?

But I haven't looked at the atoll on Google Earth before and all I can say is WOW!. Boy has that place changed in the past two decades. I was never stationed there but did a lay over back in the eighties. It's always nice to have a lay over in the middle of the Pacific where you actually know some of the people. Great time.


I have Sanderson 's book about underwater UFO's which chilled me somewhat because of the documented sightings he recorded from navies all round the world.

I am going to say something which, in no way is intended to insult my American fellows on ATS, but why should we always assume that aliens would contact the USA only? Surely with the technical babble one would hear in space from all over the globe, multi owned satellites and amount of technology other countries have, it would make sense to contact a number of different governments if one wanted a fair concensus-type contact with the different continents and countries that make up this world.

If the number of sightings which are going up continually due to our improved technology is anything to go by they must know we all may have heard about their craft whether we actually believe our own eyes or the reports from other people.

I think we also often forget that water is a great commodity and to read Sanderson and see the pictures you put up makes me wonder if their craft have a need for water - apart from flushing the closet etc. Great thread and food for thought.

Mooring points for the ships that were delivering the Chem-Bio weapons to be destroyed maybe?

Could be, just the water looks to shallow for ships to enter that area.

I just found a pic of the object seen from a different angle, it's clearly man made.

And i just found the source for that pic. aparently it's a "missile launch silo", that dosn't exist.

posted on Feb, 5 2014 @ 04:00 AM
link
Did nobody notice that "UFO 1" and "UFO 2" are almost perfectly lined up with the runway? Or that the runway doesn't have anything like approach lights, or an ILS or anything else that so many runways have? They're concrete bases that used to house landing aids for the runway. Now that it's closed they don't need them anymore so they left the bases and took everything else.
edit on 2/5/2014 by Zaphod58 because: (no reason given)
edit on 2/5/2014 by Zaphod58 because: (no reason given)


I'm no sailor, but if memory serves me right, that pic you posted would be a great place for a mooring point to off-load aviation fuel.

A bit off topic. Everyone I knew who was stationed there got certified SCUBA for free if they choose to take the classes, and one guy who was a serious bicyclist said he could lap the island in 20 minutes. A lot of great beach party stories as well.

Kind of lucky actually, as it seems to be the only pic of it.

Anyway, it dosn't take anything away from the story of Johnston Island, still an interesting place with a "dark history".


I am going to say something which, in no way is intended to insult my American fellows on ATS, but why should we always assume that aliens would contact the USA only?


I'm quite sure they have contact also with Russia, India, Japan and other Countries, on this planet...

The UFOs....well, they look like they "may" be photo shopped.....if you look, around each UFO, there's a grey/black smudge or cloudiness around the object....

I'd love to believe it otherwise, but when I see something like that, I have to point it out....

Does anyone else see what I'm talking about? It almost looks like a grey/black halo....

posted on Feb, 5 2014 @ 06:19 AM
link
This atoll was once a living hell. Here is an account of one of the many disasters and mishaps that occurred here:

"Project Bluegill Prime," the second attempt to launch the payload which failed last time was scheduled for 23:15 (local) on July 25, 1962. It too was a genuine disaster and caused the most serious Plutonium contamination on the island. The Thor missile was carrying one pod, two re-entry vehicles and the W50 nuclear warhead. The missile engine malfunctioned immediately after ignition, and the range safety officer fired the destruct system while the missile was still on the launch pad. The Johnston Island launch complex was demolished in the subsequent explosions and fire which burned through the night. The launch emplacement and portions of the island were contaminated with highly radioactive plutonium spread by the explosion, fire and wind-blown smoke.

Today, most of that contamination was buried on the tip of the island and encapsulated with a coral containment dome.
It is unbelievable how much disrespect we had for the environment in those years.

What the government is hiding is that the island is contaminated with agent orange. chemical weapons chemicals and weapons-grade Plutonium and Americium that remains an issue to this day.

In 1972-3 the mine sweep i was on stopped at Johnston Island a couple times to refuel and topoff the fresh water tanks we also ran our shipboard distillation system in what we years later found was a agent orange contaminated lagoon.
en.wikipedia.org...

posted on Feb, 5 2014 @ 07:21 AM
link
Just want to say thanks for posting. Never knew this place existed and when I google earthed it I was amazed at how remote this place was. As one poster above said it's literally like a aircraft carrier that stays in one spot. Is it off limits to everyone ? When looking on GE there seemed to be no sign of activity.


In 2010, a Fish and Wildlife survey team identified a swarm of Anoplolepis ants that had invaded the island. The crazy ants are particularly destructive to the native wildlife, and needed to be eradicated. A "Crazy Ant Strike Team" was formed to stay on the island for nine months to bait traps for the ants and eliminate them. The team camped in the old chemical weapons storage bunkers on the southwest corner of the island. It is believed that the ants arrived with private boaters visiting the island illegally

Second "Object" cast its own shadow on the ocean surface

Submerged "Object" with tail in the water

There were "rumors" of a "Secret Diplomatic Meeting" between, Aliens and governments representetives right in 2009 .
ufodigest.com...

both the round discs might actually be round towers

especially the shadow cast by the second image that is taken as being the shadow of a UFO disc.
but as the disc shadow does not reveal itself to be a suspended disc object all one can conclude that the continuous shadow is the obvious result of a round tower which stands only feet above the water or has a base foundation upon the seafloor of the shallow water lagoon of the atoll


pic #3 can similarly be explained as a man made construction.. possibly an underwater habitat for the SCUBA traineers, so they can live underwater and enter-exit an atmospheric environment many different times in a day to experience SCUBA diving under many changing conditions

Mianeye
A little fun fact of the island


In 2010, a Fish and Wildlife survey team identified a swarm of Anoplolepis ants that had invaded the island. The crazy ants are particularly destructive to the native wildlife, and needed to be eradicated. A "Crazy Ant Strike Team" was formed to stay on the island for nine months to bait traps for the ants and eliminate them. The team camped in the old chemical weapons storage bunkers on the southwest corner of the island. It is believed that the ants arrived with private boaters visiting the island illegally


Experiment gone wrong, that explains why they left 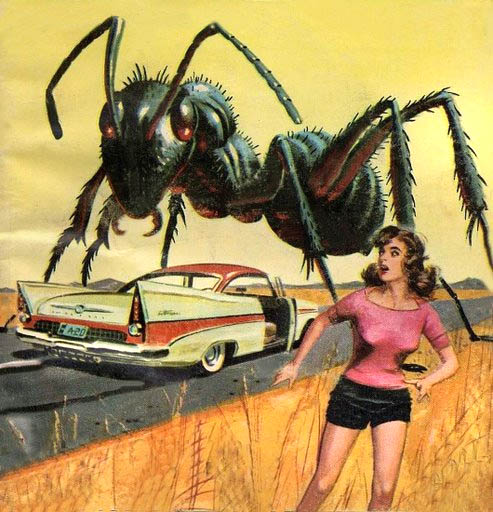