posted on May, 22 2013 @ 02:40 PM
link
This chart illustrates comparisons among the distances driven by various wheeled vehicles on the surface of Earth's moon and Mars. Of the vehicles shown, the NASA Mars rovers Opportunity and Curiosity are still active and the totals for those two are distances driven as of May 15, 2013. 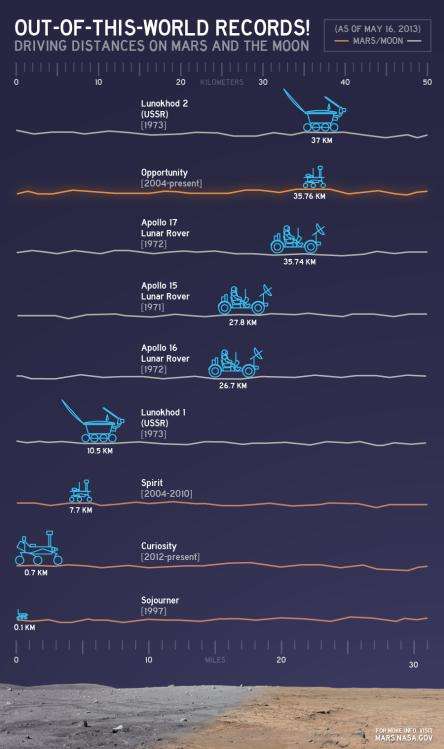 It could be fun one day to see a robotic rover race on Mars ...


So to sum it all up, we haven't even scratched the surfact of either planet yet.....

Not even 50 KM at a time? Man we got a lot of work ahead to find any kind of life! Unless that's all the distance traveled each time until we did find something?????????? I guess that's just me hoping....Not to mention HOPING we are actually told......Ah nevermind.....

This is some pretty cool info though! Good find!!