Romney the Trojan Horse or part of the Agenda

posted on Aug, 17 2012 @ 04:46 PM
link
How can this guy be the best the Republican has to offer? Did the Democrats plant this guy to take over the RNC ? I would think an Obama/Romney ticket would be a democrats team if they want bigger gov't .

OR are the GOP and the DNC working together to push the few investors and bankers agenda of big gov't?

IMO Republicans are losing the battle, because there are more Republicans that act like democrats then vice versa. Heck even Romney can be seen as a mole by the democrat party with his voting record.

However, there is a Reason why the republicans are acting like Democrats and giving more power to the gov't and increasing gov't programs versus giving us limited gov't based on the Republican ideals.

The reason is because (few Investors/bankers) own the lobbyist which in turn owns our gov't. Therefore, why wouldn't they (few Investors/bankers) want bigger gov't to control more of our lives. In essence the bigger the gov't the more control they have on the consumer and the more control they have of the market. That is why Bush gave us bigger gov't and Romney supports bigger gov't just like Obama. The only purpose I see from the RNC and the DNC is to filter through the pool of candidates to make sure the masses select someone that will continue to expand gov't control.

When was the last time that a Republican shrunk gov't or took power away that infringe on our liberties? In reality they have done the opposite.

ObamaNey 2012 will ensure that the same B$ continuous and really ask your self how sad is it that the best the GOP can do is get a two guys(Romeny/Ryan) who created Obamacare v1, voted for the patriot act, believes on taking our liberties away with the NDAA and they don't even believe in the free market, since they opted for the bailouts.

Agreed that they are working together! How else do you explain the mess we are in?


They are all wolves draped on different political parties. A vote fpr either is a vote for Obamney or Romama. Glad you can see the the true policy makers are the corporations and people with gobs of money. They manipulate us using media into bickering about liberal vs conservative. Childish arguments appear frequently on ATS stating liberals suck or conservatives are greedy. The truth is they make thier money voting for ideas funded by folks with big money.

I wont waste my vote. I'll vote against both of them. anyone but them vote.

posted on Aug, 17 2012 @ 05:31 PM
link
The only thing republican about Romney is that he wants to give tax cuts to the rich and destroy foodstamps so millions starve.

true some only vote for one or the other
but what you guys need to watch out for is...

Originally posted by interupt42
reply to post by WhoKnows100

I thought he was elected in primaries.

Apparently he is the best in the eyes of the voters.

Just like Obama......he is the best the DNC voters could cough up.


Originally posted by interupt42
reply to post by WhoKnows100

I thought he was elected in primaries.

Apparently he is the best in the eyes of the voters.

Just like Obama......he is the best the DNC voters could cough up.

LOL, more like he was the only candidate put in front of the voters eyes. The bottom line is , if you looked at his voting record you couldn't tell if it was him or Obama in the ballot.


All welfare does is provide incentives to not work, EBT fraud is rampant.

Obama is the incumbent, all incumbents should be thrown out. It is the only way to get a message across.

People whine about "not having choices" but don't bother to vote in primaries, donate, volunteer...


Voters who care more about sound bites, half the country not voting, addiction to the entitlement programs...

posted on Aug, 19 2012 @ 08:29 PM
link
Both Obama and Romney's biggest donor is Goldman Sachs. They both work for the same people. I believe that Goldman Sachs wants Romney to replace Obama and finish what Obama started in ceding the U.S. to the U.N. Obama will then be free to go play the part of the Mahdi in the Middle East. You may realize that Romney and Obama work for the same people when you see that they both campaign on the same issues word for word. They were both given the same script:

We can also see that the cronyism and population controls that Goldman Sachs and Obama are so fond of will most assuredly continue with Romney.

Cronyism and Abortion=If Romney was involved in Bain up until 2002 when he was elected governor and subsequently mandated abortion in Romneycare, did Bain and Stericycle profit from Romneycare? Bain didn't supposedly sell its holdings in Stericycle until 2 years after Romney had been elected governor.
edit on 19-8-2012 by chizeled because: (no reason given)

Still haven't heard any answers as to why the RNC can't find a better republican as their leader?

Remember when Romney was the lesser evil? Pepperidge farm remembers. 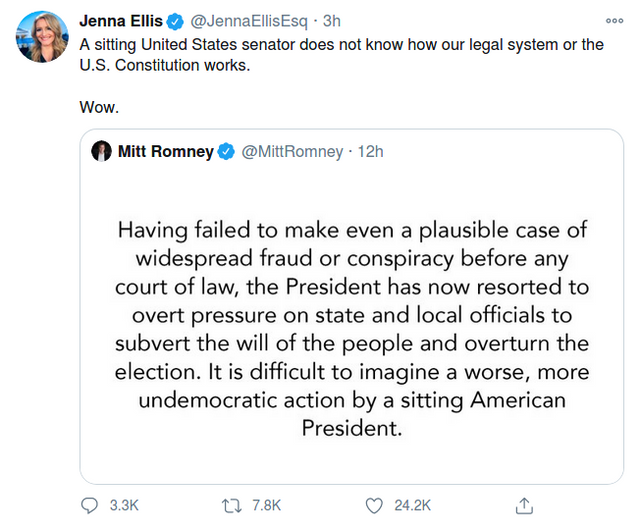 No need to question or hold your own party accountable lets focus on the OTHER team.
I'm sure the next lesser evil election will workout better.

Lets not forget McCain or bush who grew gov't more than any democrat with the cutely named patriot act , homeland security, and went full commie with the bailouts.


C'mon maan Lets continue this two party thing for a while longer. its been so great fighting over who is the least worst candidate.