Our Politicians are Aliens in Human Form

posted on Jun, 17 2009 @ 07:34 PM
link
Al Gore, Hillary Clinton, Bill Clinton, Howard Dean and Nancy Pelosi are all the offspring of Aliens who crashed in New Mexico in 1947. The myth about the politicians stems from a famous UFO incident near Roswell, New Mexico in July of 1947. Many witnesses claimed that a UFO with five aliens crash landed on a sheep ranch just outside of town. Many feel the Air Force covered up the incident.

Well, exactly nine months later in March of 1948, the Clintons, Gore, Dean, Pelosi along with John Kerry, Nancy Feinstein and Barbara Boxer were born. Could it be a coincidence or are they aliens in human form?

Sometimes the things they say makes me wonder what planet they came from...?


If those people are examples of alien life, I hope the rest of their species stays away from Earth in the future.

This has been proven to be false.

posted on Jun, 17 2009 @ 07:59 PM
link
I think they just appear to be alien because they lack humanity, I don't think they are physically alien at all. Remember these people are programmed, they are the puppets of people in higher places, they don't speak or act of their own accord.

If you want to read more about the programming and how its done check out this book.

Brice Taylor - Thanks For The Memories
Amazon

The book is highly graphic but a very good read. I just saw the prices its selling for it kinda says a lot in my opinion on good the book is. Just to add, it can be downloaded in e-book format for much cheaper (or free) else where.

No seriously, I think they were just babies born right after the war in 1946 after Daddy came home and gave Mommy a good post-war shag.

Originally posted by refuse_orders
I think they just appear to be alien because they lack humanity, I don't think they are physically alien at all.

But I found this in my archives the other day... some anonymous source sent it to me.. 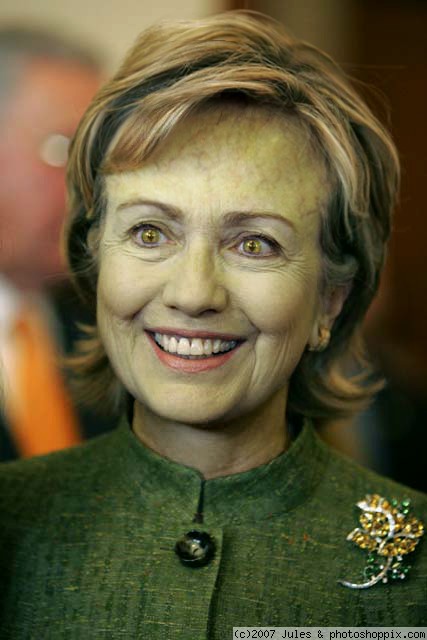