Unexplained Mysteries On The Moon And Mars! An Alien Connection?


Color is significant? How?

All of the rover images are false color. Anyone can represent them almost anyway they want to. The fact is, we don't know exactly how colors appear on the surface of Mars. The rover cameras cover limited bands of the visible spectrum and process them in rather complex ways.

But, unless you see an alien connection in that image, we're beginning to stray from the topic.

That doesn't seem to be the same image in both pictures, btw.

posted on May, 8 2009 @ 01:24 AM
link
most of those pictures seem to me that youre seeing things you want to see. i looked at them without reading the captions/descriptions and (for the most part anyway) never saw anything of interest.
not particularly buying it.

i mean....the evenly spaced craters seems bizarre but im sure theres some explanation that can be given. (i dont know what im not an astronomer so dont ask me what could cause this stuff)

i just think most of these are purely seeing things you want to see.

Here is an interesting pair of photos. One taken by the MRO shows ancient ruins with similarities to their terrestrial equivalents: *Here is an excellent comparison set by Keith Laney. It compares the ruins of a Martian city to ruins of an ancient city from Earth - Very interesting (Note the presence of a propensity of related rectilinear formations in the martian photo): Here is another partially exhumed ancient city - imaged by the Mars Reconnaissance Orbiter: A comparison of this area on Mars with terrestrial ruins - courtesy of Keith Laney: Originally posted by kawz1
Don't hate on Phage, s/he's just doing his/her best to make sense of some highly subjective photos. I think most would agree that these pics are subject to interpretation.


I entirely agree with you! We need guys like Phage to see the 'other' side! (And he sure does his homework before posting! )

Originally posted by zooplancton
mike,
you HAVE to post the large image of the crater on the dark side that has the luminous blue light coming out of it. the light bounces off the crater. it's plain as day!
to me it's the single largest smoking gun that we've seen here yet.

i can't find it. but if i stumble across it, i'll post it. that one's a mind blower.
not some digital artifact. it was plain as day.


Are you meaning this one, zooplancton? 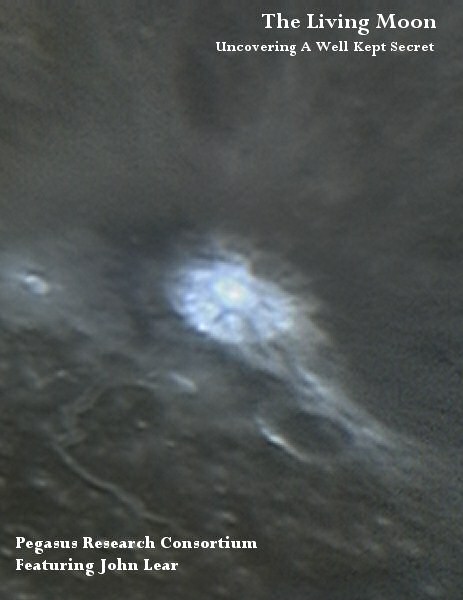 I really don't understand the high degree of luminescence of this crater. Some say it's due to radiation, and therefore probably a nuclear power plant! As for me, I haven't the faintest idea.

But remember, most images taken by Clementine show craters that seem to be luminescent. But that doesn't mean they're all nuclear power plants!

Oooops! Ziggy beat me to it!

*Below is an example image of the kind of martian geology that some misguided individuals have managed to erroneously associate with martian biology (trees):

Here are some Martian Trees, replete with the shadows which are not present in the images of the geological features often purposely and erroneously associated with Martian Biology. You will see members do this shortly: 
Was this what Mars looked like in the distant past? Here's Amazonis Planitia
(The Nicholson Crater) located NE of Medusae Fossae. 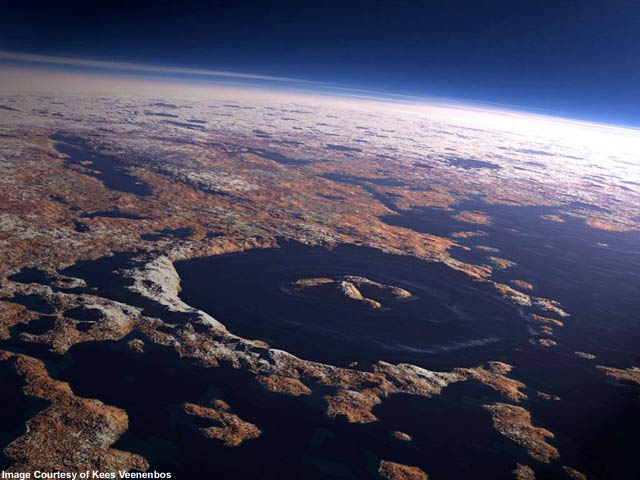 Here is a link to the Mars Tidal Model by Tom van Flandern and Hoagland:

The Tides of Mars (pdf file)

This is a must-read for anyone interested in Planet V and it's role in the Martian cataclysm.

If you go to the source of the image (www.msss.com...) you can see from the sun azimuth angle (53.26º) that the sun is at the upper right of image. The image from Skipper's website is the map corrected version and is tilted to the left but the sun is still from the right. What you are calling shadows are not shadows but windblown material ejected from beneath the ice cover.

Here is a progressive zoom. Not exactly the same place but with the same dendritic ravines. Originally posted by Phage
If you go to the source of the image (www.msss.com...) you can see from the sun azimuth angle (53.26º) that the sun is at the upper right of image. The image from Skipper's website is the map corrected version and is tilted to the left but the sun is still from the right.

Are you sure about the Sun azimute angle?

posted on May, 8 2009 @ 03:32 AM
link
Here are some Amazing pictures of Martian Ruins that were recently found and posted by Mikesingh:

Now that you mention it, I'm not sure.

In a raw or unprocessed MOC image, this is the angle in degrees clockwise from a line drawn from the center to the right edge of the image to the direction of the sun at the time the image was acquired. This number allows the user to determine "which way is the sun coming from in my image?"

Is the "unprocessed" image different from the not map projected (but "processed") image? I don't have the means of opening an IMQ file.

edit: Ok, I just verified that the orientation is the same on the unprocessed file as the not map projected file. The Sun is coming from the upper right. Makes sense since this is near the south pole.


That happened because Taymour forgot the video ID.


He entered it wrong.

Armap, what is the world coming to?

...We even have individuals imposing their geological beliefs onto forms of biology. They even go so far as to find geological formations that are reminiscent of the Martian trees, which they then use to orchestrate an argument based upon logical fallacy - a tactic known as a 'strawman' argument.

What's worse is their tendency publish their geology-bound interpretations in journals which do not believe in or acknowledge martian biology (despite all evidence to the contrary); therefore, it is biased and one-sided, and hardly representative of truly critical peer review.

Here is an image of some Liquid Water on Mars and a quote from a NASA scientist about it: “These observations give the strongest evidence to date that water still flows occasionally on the surface of Mars,” said Michael Meyer, lead scientist for NASA’s Mars Exploration Program, Washington.


*Above the ground there is C02 (plant food) and there is liquid water underground (which is where trees get most of their water...). Even the climate on Mars does not preclude such life.

Some plants produce chemicals that act like antifreeze. The chemicals lower the temperature at which the water will freeze.

Another method plants use to avoid freezing has been discovered by botanists at Cornell University:

"As the temperature drops, this water freezes, but the other molecules are not included in the ice crystals. As the concentration of these other molecules increases, water inside the plant cells is drawn out by osmosis. This process continues until the cells in a plant bud are almost totally dehydrated. If there is no water in the bud, the bud can freeze without damage. In the spring when the temperature rises, water is drawn back into the bud and the cells revive. Where we live, in the early fall you see plants covered with what is called rime."

posted on May, 8 2009 @ 05:23 AM
link
reply to post by mikesingh
Alex Collier and David Icke have been saying for years there are cities and people (human slaves) on Mars.

Now we can just see the evidence.

The might oak tree. All started out as "just a nut".


Excellent collaboration of photos
I've told quite a few of my friends who dont know much about the subject, and without googling for 1hour, I cant find the things I want to show them.
Some of these images I've seen before- most I haven't-THANKS.
Some go- what a load of B.S.; others stare Bug-eyed whilst telling them in amazement.
I guess the debate will only be over when the mass-hypnotized are spoon-fed with the information that we are not alone in this Solar system!
Good one!

posted on May, 8 2009 @ 05:38 AM
link
I've looked at the Moon on Thursday 7th May 2009 when I was out walking and saw 3 grey structures on it the same structures I saw before I believe they are buildings where Aliens live.


Note that these ‘tracks’ were photographed in 1967 BEFORE any probe landed on the Moon! So these cannot be explained away as tracks made by a Lunar Rover.


There are a number of those "tracks" on the steep slopes of Moltke Crater. If they were created by some kind of vehicle it would have to be a very odd one and a very sure footed one.


Earlier you said it could have been a boulder. Must have been a 'ell of a sure footed rolling boulder. You also measured the distance between the previous six "non-equidistant objects" and concluded they were such from very slight differences in non-accurate measurements. Do you expect the method you used to give perfect results? The first mark is clearly not even centered to a blind person like myself. Some people grab hold of things eagerly with high hopes of seeing what they want, and some disregard ideas with notions of the same reasoning. I respect and enjoy your rebuttal side of the discussion though.