NY Times reports a possiblility of CA, WA, OR seceeding from the union if Trump wins

originally posted by: burdman30ott6
Can't pump your own gas in Jersey? 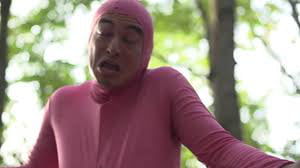 Don't want to, let some other schlub do it.

China is behind this.

Those damn reds under the bed again?

MacArthur was right about China. Beijing should have been nuked in 1946.

The enemy doesn't care about human life and will make everyone suffer for lacking the balls to destroy communism when we had the best chance to do so.

Sorry to dissapoint you but you can't kill an idea with a nuclear bomb.....just people.

posted on Sep, 9 2020 @ 01:53 PM
link
Three pages in but I'll chime in anyway.
State secession makes no sense. As earlier posters have pointed out, there are large contingents of the population that support the USA and the union of states. And California at least couldn't survive without federal funding.

What seems more 'likely' is cities/metro areas trying to seceeding from their respective states - and attempting to create autonomous enclaves (as previously attempted in Portland) - outside control of the Federal government.
The main benefit for those states - and the autonomous cities - is minimizing potential for violence among the citizenry within those states.

Most places outside of metro Portland wold likely declare "good riddance". Same for metro Seattle.
California is a special case and unrest/dissatisfaction seems to cluster along the coast - San Francisco, Los Angeles & Orange County, possibly San Diego (but that one's a bit "iffy" IMO).
Sacramento might resort to violent conflict since that's the seat of state government.

This type of scenario seems more likely instead of entire states seceding, if that's even possible.
In any event, success would be temporary at best. US Government would not support those cities & States likely could not support them. Financial collapse would quickly follow.

It's amazing mate.....any excuse to go ranting and raving about those commie bastards again eh?

CA, WA, and OR must be the most xenophobic and bigoted states to ever exist. It sounds like a lot of people and politicians in these states need more diversity and tolerance training to get over their irrational hate and fear of others.

The large White majority of the US even elected a half-black man not once but TWICE and not a single red state threatened to secede.

posted on Sep, 9 2020 @ 01:58 PM
link
Didn't Edgar Cayce predict that CA would fall off the coast from a quake? Maybe he had some of the parts wrong and the timing off... but his prophecy may yet come to fruition!

It's amazing mate.....any excuse to go ranting and raving about those commie bastards again eh?


It's the usual 'I didn't read the article, only the thread title' circle jerk.

It's been at least two.....and judging by the tone and content of many other posts I suspect many others were/are salivating at the mouth over the thought!

......and you throwing that blanket over all Americans LOL.

I've been here one or two years now and have had many a conversation/discussion with American's on a wide ranging number of topics and events both on here and in 'real' life.
Do you honestly think I've formed whatever opinions I have of America and its people on one post?

You got a broad brush not to mention seems most here are saying fine let them go, but that that doesn't fit your brainwashing does it.

Ha ha ha.....are you seriously trying to lecture me about brainwashing?

The large White majority of the US even elected a half-black man not once but TWICE and not a single red state threatened to secede.


That's not true!! Texas did! I'm a Texan btw and I supported Texas seceding from the rest of the US.

And it wasn't just Texas. Other states threatened to secede if Obama won.

No. War destroys ideas by eliminating the brains thinking them.

And politics is all lies so who cares if those ideas are erased?

If we go to war with China and nukes fly all over you'll be reconsidering which route was for the better good of mankind.

How weak are you really?

Is your life so dear you accept chains?

# that it's Liberty or Death and those Chinese citizens are straight up slaves, and MILLIONS were murdered by that govt in the 50s and 60s because their ideology is convert or die just like Islam but worse because most can be convinced Communism is good for them despite that it littered the earth with over 250 million bodies in just 1 century alone.

That nuke would have solved all that and saved a hundred million Chinese from purges and tyranny all for the cost of maybe 100,000.

Again, as noted in multiple posts here, CA pays for every dollar it takes... unlike the bulk of the southern states that are just takers. Please just do so reading outside of fellow "conservative" (said in quotes, as these so-called 'conservatives' have magically stopped caring about big government spending under Trump) posters here at ATS.

I have also often wondered this.

I wonder if state legislators have power to pass a legally binding vote on seceding from the union and if the federal government would allow this.

Like if the state of Texas passed a referendum on seceding and it passed would it be respected or would the federal government impinge upon the self-determination of the state.


originally posted by: burdman30ott6
Can't pump your own gas in Jersey?

Don't want to, let some other schlub do it.


What irks me is that I can buy gasoline from a schlub pumping it for me in NJ at the same price or LESS than I pay when I pump it myself in PA.
We pay a lot of gas tax here.

The point of the exercise wouldn't be to actually set up those states as their own country or even necessarily provoke Civil War although that would be the fire they'd be playing with. The point would be to try to force their own will on the rest of the nation in defiance of the actual election results.

The idea would be to create so much chaos and disorder that Biden would be declared winner just to end it and keep national unity.

originally posted by: Stormdancer777
wont happen,they will need money due to the fires

They'll need water too, and all of that comes from states farther east.
edit on 9-9-2020 by ketsuko because: (no reason given)

originally posted by: olaru12
That's not true!! Texas did! I'm a Texan btw and I supported Texas seceding from the rest of the US.


Texas is the only State that can lawfully secede... it is a part of their Constitution and agreement when they became a State.
edit on 9-9-2020 by tanstaafl because: (no reason given)

Then think all the other far left people will move there,

Then they will close the boarder in about 2 months after leaving the union, when people start pouring in their open boarders free health care

posted on Sep, 9 2020 @ 03:20 PM
link
Just curious. I faintly remember a few states succeeding in the past. How did that work out? Who in ny or California will fight for them since they can’t do a damn thing for themselves?

What irks me is that I can buy gasoline from a schlub pumping it for me in NJ at the same price or LESS than I pay when I pump it myself in PA.
We pay a lot of gas tax here.

Our cheap no-pump gas is one of the things we have going for us.