If I can get a bit serious for a moment...

There is one thing I fear much more than death: being the old man slumped sideways in the wheelchair staring blankly off into the distance with his lap full of drool and piss. I have left instructions with some of my friends that if they ever see me like that they are to put a bullet through the back of my skull.

It would be a great act of mercy.

I will bite, not that I disagree with your argument. People make decisions based on how much they value the lives of other people and their own life. Why do I say that? Invercargill, New Zealand is a city by population, but a large country town by cultural outlook. Among the flaws embraced by many of the born and bred locals, is terrible driving. I have seen insane driving that varies from turning footpaths to other acts of madness. Incidentally, the highest rates of drink driving are in rural New Zealand.

A simple decision to follow the road code places value on your and other people's lives.

On another note, I don't want to see anyone to live their lives in fear. But if I am honest, if I lived in one of the U.S. cities affected by civil unrest, unruly mobs, and defund law enforcement nutters, I would not embrace the brighter side of life. Heck, just the thought of anybody who watches CNN and MSNBC as news networks living within 30KM of me is troubling.

Jesus said to her, "I am the resurrection and the life. Whoever believes in me, though he die, yet shall he live,
26 and everyone who lives and believes in me shall never die. Do you believe this?" (Joh 11:25-26)

I got one I got one!

"Success is the greatest deodorant!"

I would add that fear is it's greatest enemy.

Other than adding to the list of stupid things, which I won't do, because I'm very creative and it could give the wrong people bad ideas, I have NOTHING to add to the OP!

I want my legacy to be that I saved people form sticking their tongues into electrical outlets.


Just having said it..well, you know, it's going to trend #stickyourtounginanoutlet.

Funny story, and almost related.. My friend buys and restores old audio gear, and in one buy, we found the "Farrall Instruments Mark II Behaviour Modifier" Oh ya, it's an electro shock box. Well, we often kid about trying it out, kind of a..you 1st thing. Anyway, long story short..it sucked..real bad even on lower settings

The dark part of this, which was not forgotten, was this was used on unwilling people.

You tired the damn thing out? On yourself? Great, now I have to add that to the list in the OP...


Seriously, though, I'm actually interested to know... how does the Mark II differ from the Mark I? 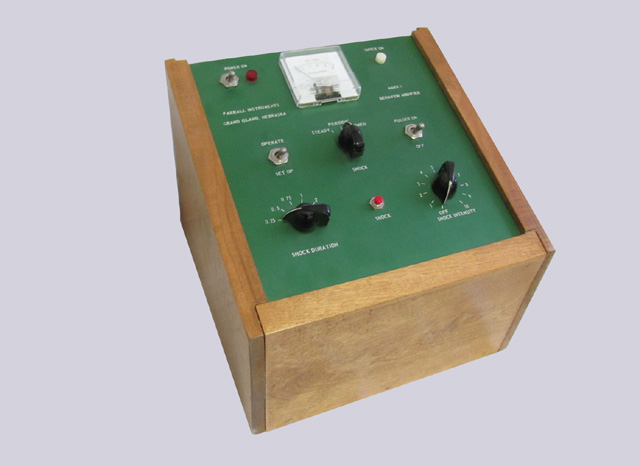 I want to live!! And currently, with the way the world is at the moment, I'm not being allowed to. Sure, I can do some basic things in order to survive but, I'm not living, I'm just existing. I'm not enjoying a life that is supposed to be mine to enjoy.

Some things are worse than dying..I think that just existing instead of living is one of those things. I want to live....

Sure, I can do some basic things in order to survive but, I'm not living, I'm just existing. I'm not enjoying a life that is supposed to be mine to enjoy.


You got my point exactly! AMEN!

You tired the damn thing out? On yourself? Great, now I have to add that to the list in the OP...


Seriously, though, I'm actually interested to know... how does the Mark II differ from the Mark I?

Lol, yup, there she is, we all joke, "the Mark II is obviously superior!" I'm guessing more options

One thing I found when researching this device, I saw an article referring to it being used in gay aversion therapy..yikes!