Zuckerberg Grilled by AOC on Fact-Checking Policy in Political Ads

posted on Oct, 24 2019 @ 05:22 AM
link
I can't really tell from the short exchange which one of these two people should
receive this week's 'Tripping With the Twits' award.

My interest was piqued in the exchange when AOC moved the subject matter
basically into the [truth in advertising]criteria... and in the same paragraph
comparing an exampled explanation of the Green New Deal with some other ad
that may or not have contained 'dishonesty'. Wait......rewind and WHAT??

The clip is from Fox-- but variously elsewhere including complete for context.
Of COURSE I can't imbed the link because I do it twice a YEAR.
www.youtube.com...

I heard Zuck explain the rules for taking an ad down being the advocating of
physical harm, and little else. AOC brought up 'lies' in the same exchange with
the GND, which seems to be one of the latest Copernican Gospels according to
the Californian Bartender's Union. The logical disconnect these two seem to
be explaining around for the Congressional Record is more than enough to make
the smoke begin pouring out my ears from overloaded logic circuit: MUST REBOOT/

Ever since the Smith-Mundt got repealed -- and it became LEGAL for the government
to lie to you in the media: show me why anybody running an ad on a privately owned
website for political office would need holding to any HIGHER standard of honesty?
I must admit right here that I'm confused as hell-- and I'm not going to attempt to
decipher all this wordcrafting anymore.

SUMMARY:
The only thing I'm starting to believe true in the noise/smoke/mirrors/BS, my recent
four main food groups around here: is that we've largely become calloused to any-
thing like truth when it slips by. Takes too long to rinse off and weigh UP.
Back to lurking and my months-old crumbs. What say you, and don't be gentle ATS.
edit on 24-10-2019 by derfreebie because: To each his hone.. and where's my hammer and sicko to FIX THE BROKEN LINK?
edit on 24-10-2019 by derfreebie because: (no reason given)

originally posted by: Mach2
What's the over/under on the difference in IQ points in that exchange?

Sounds about right. Zuckerberg coming in with a 75 and AOC with a solid zero.

Neither party is about honesty when it comes to social media or any media for that matter... Both are about equity. They don't mind so much if there is dishonesty so long as it is sympathetic to their narratives and agenda.

Ironically in this case, the media sector as a whole has been sympathetic (we could argue on the reasons) towards the left for some time. AOC really seems to be trying to pinch pennies in regards to getting more equity, my guess is with her age she really takes the GND personally. I don't think she's gotten the fortitude to pitch something controversial, and see the process through with grace. And if we use her attempts like this as indicators, her future doesn't look to bright in being able to keep poker faces while trying to execute her policies, which thankfully may very well be a good thing.

Next up in Cerebral Death Match!

Congress woman Cortez engages in her toughest challenge to date.

A battle of wits with a jar of mayonnaise! 
originally posted by: Mach2
What's the over/under on the difference in IQ points in that exchange?

Sounds about right. Zuckerberg coming in with a 75 and AOC with a solid zero.

I don't think there officially ARE any style points for having a pulse,
as it wouldn't be dependent on IQ.

But when the questioner already inserts a personally given, biased judgment
with a question about the fact checker's OWN alleged bias? Do we have a self-
fulfilling controversy, or more like baiting the nerd? Personally from Mark's
actions with his site-- and AOC's tap dancing skills: maybe trusting
EITHER of them is a recipe for a disastrous headache.

Paraphrasing Mark..."Congresswoman: my inability to affirm to you the sky is
blue this morning is because the National Weather Service occupies no
building with windows."
When the amusical chairs game ends some season, and the liars are all that
possess a seat: You can bet beyond rhyme or reason the CIA's mission is complete.
Quoth no raven EVER.

originally posted by: Alien Abduct
a reply to: derfreebie

So grateful, Abduct! So easy even THIS old caveman can't do it!
edit on 24-10-2019 by derfreebie because: Trimmed for de-sliding

I don't want political ads with proven/known lies in them.

The problem is, since the lines of truth are so blurred, and the ability to skew statistics to show a hundred different truths, how could you stop it?

Who would get to decide whats true? Facebook?
Nothing is just true or false anymore. It's always a he said/she said or gray area these days.

You're right about Smith-Mundt, too.
Instead of yelling at facebook for showing (sometimes) obvious (to some) propaganda, don't allow politicians to use it in the first place. Same problem as before, though: Who gets to decide what the what is the truth?

Quick example: Republicans say no obstruction, no collusion, no quid pro quo as a fact.
Democrats say the complete opposite of that, as a fact.
If the rules were different than they are now, would only one of these statements allowed to be shown in an add on Facebook?
Which one? Who decides?

Quick example: Republicans say no obstruction, no collusion, no quid pro quo as a fact.
Democrats say the complete opposite of that, as a fact.
If the rules were different than they are now, would only one of these statements allowed to be shown in an add on Facebook?
Which one? Who decides?


The defense would decide until proven guilty I'd assume. Pretty sure that's how the Justice system is supposed to work in the US, but I could see the confusion of not getting due process with the last 3 years of the opposite from the Democrats.

posted on Oct, 24 2019 @ 08:01 AM
link
The thing that needs to happen and I am fairly confident that it never will is all political ads needs to be abolished. The candidates need to be required to have more town halls and more debates that are placed on a media that the majority of people will have access to. That way at least you can see their expression when they are asked a touigh question and get their response

The problem on both sides is the narrative gets so distorted by these ads that show both sides and especially closing in on election time the amount becomes numbing so in my opinion they have no affect anymore except to piss people off and they change the channel.

Just think if the candidates or donors actually used the funds to perform something they actually promise or find important rather than run a crappy ad. You want to end kids starving? Use that money to fund a before or after school meal program. Whatever the example, there are plenty of ways to help your cause and if all that advertising money were spent to get something done it would go a long way. These politicians need to start putting the money where their mouth is and earn the vote by actually accomplishing something.

Assuming facebook used those rules, there could not be any ads that made any accusations.
Wouldn't be the worst thing in the world..

We know AOC needs to check her 'facts'.

But Zuckerberg claiming to want to introduce the worlds 'first crypto currency' is several years too LATE.

Time to start bullying Zuck the cuck into all anti-Trump ads.

The stress of being offended is really starting to hit her in the face. 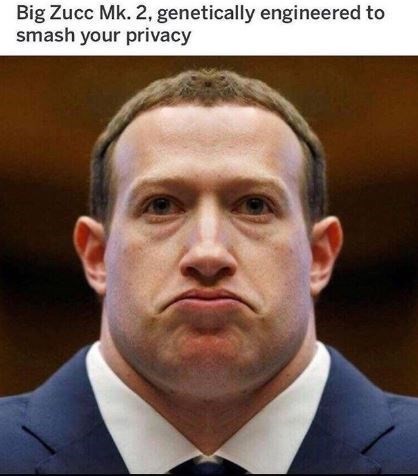 I'd actually believe that dude if he said he was "smokin' some meats".

But when Zuck robot told me he was "smokin' some meats" with some friends to launch Facebook live... I had a lot of questions.

B. Implying he, and not his servant was cooking the meat.

Sorry zuck, I don't buy it. 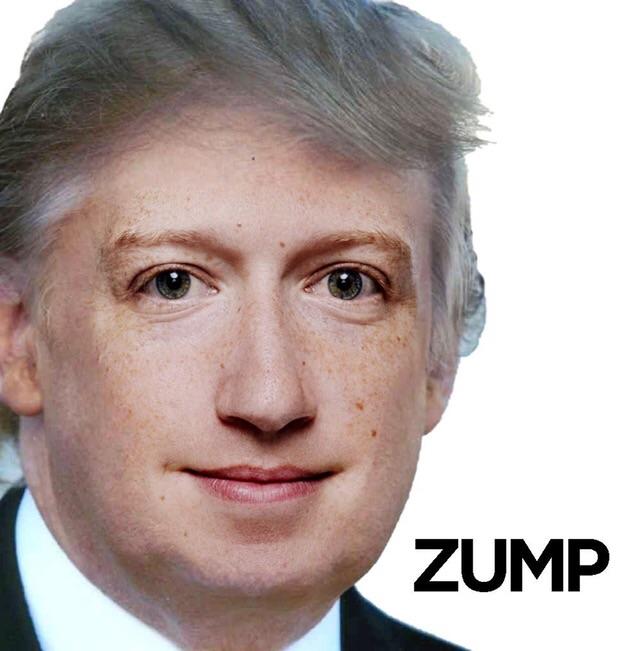