You sound triggered there.

We can not have a discussion about whistleblowers without including the Fast and Furious whistleblowers who have been repeatedly punished. The previous administrations DOJ demoted one, changed assignments for another, and my personal favorite, they actual claimed one agent went rogue and said the whole gun walking operation was his operation and not the administrations.

It's a world of difference to criticize at a private function and actually targeting whistleblowers as the prior administration actually did. Will not excuse Trumps actions, but he hasn't yet retaliated so it's a little early to have this discussion, unless you wish to discuss how President Obama and AG Eric Holder targeted and took retaliatory actions against whistleblowers
edit on 9/27/2019 by DJMSN because: corrections

originally posted by: grey580
a reply to: gallop

You sound triggered there.

I honestly don't think that's what it is. I wholeheartedly feel the same way. I never in my past believed that a whole half of a people could be....

How do I say this?

Never in my life would I have imagined that so many people would overlook facts when relating to something as serious and detrimental as the US presidency... Our possible very existence, with such malice, hatred, deception, and lack of caring . People will overthrow a whole way of life and liberty just because they didn't agree with the person that was legitimately voted in to presidency and accuse it of being illegitimate simply because they don't agree with their FELLOW AMERICANS.

Half the country is willing to sink this ship because they can't stand that laws should be upheld in this country.... laws that bind politicians and illegals alike. They honestly don't care.


So yes, I agree with him. This is truly strange that so many people actually appear to believe that wrong is right and right is wrong.... On such a HUGE level!!!

No, it's not 'Triggered'. It's reality and honest to goodness facepalm - WOW ! We can't believe our eyes and ears.

It really shows when those same people will carry the torch of words, the same words spewed from news articles, to become part of their day to day vocabulary. Does no one think for themselves anymore?

That also blows my mind.

How you gone in-prison someboday of some dumb s#!t 4 years ago and some a$$ hole doin it again and you make him out to be a saint! Ya'll betta call somebody! I aint buying that bull$!^t.

But to think for one's self is hard, it's easier to just be told.

Besides, it's hard to drive to paris anyways.

what was the question?

Seriously ? You are so uninformed that you are not aware that one of the founders of crowd strike is a Russian with family ties to Ukraine ? Yes, Hillary hired a company owned by a Russian American who biography has huge holes in it. We dont know exactly who he is, but seems like a bad idea to give someone who comes from Russia a server used by someone who was in the highest government level and ask them to find the guilty party

Half the country is willing to sink this ship because they can't stand that laws should be upheld in this country....

Uneducated half drunk foreign spectator here but uhhhm half the country might be willing to sink the ship because the other half have been shouting "you can't sink this ship you pussies, just try. Try it."

My mother always said where two fight, two are guilty.

It's the whistle-blower's fault Trump stuck his own foot down his own mouth.

You've already stated that exact post, I'm beginning to think you're just a spammer, you provide no actual critical assessment of any situation and can't hold a conversation, debate is useless, seriously folks are catching on to your antics.

so, and be honest now is it the left half or the right half that is drunk, you brought it up so.....


I have no violence in my heart, but I remember ( like pepridge farm) when a Higher standard was required.


why does everyone want it lowered?

No no...you misunderstood...I'm half drunk.

Just a precausionary warning that my posts might get incoherent. Most wouldn't notice the difference hence that notification...

What's to discuss. Retaliating against whistleblowers is wrong.

Those whistleblowers have the option to sue the government for damages for that retaliation.

And hopefully he doesn't retaliate. But he will try and hopefully those around him will know that it's illegal to do so and won't.

That is America in a nutshell. People will always disagree with people.

And btw. Obama was voted in and half of the country didn't agree with him either, ignored facts, they said he was a muslim, said he wasn't an american, called his wife terrible names, burned him in effigy and hung his effigy. And now when the other side does it back you're angry? Like conservatives say, "Stop being a triggered snowflake."

This is not strange. This is the same behavior conservatives had towards Obama. Sucks to be on the receiving side doesn't it? 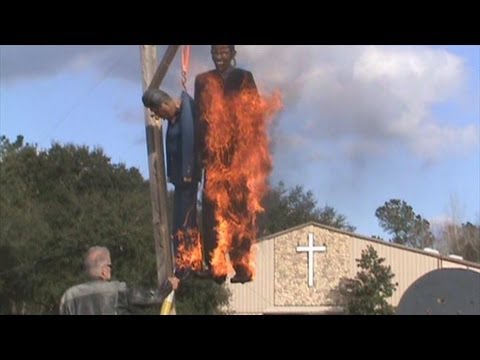 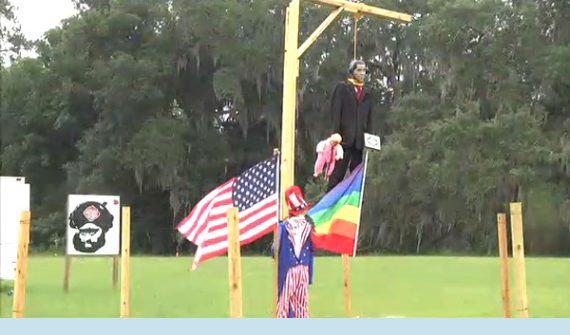 Nope. The vitriol is not anywhere near the same. It was never day after day, month after month. And, all the media wasn't lying and making up fake stories every single hour of every single day on the scale that is happening now. They mostly kissed his ass.

originally posted by: grey580
a reply to: DJMSN

What's to discuss. Retaliating against whistleblowers is wrong.

Not when they are full of crap its not.

Which stories were fake?

Is this story full of crap?

That is America in a nutshell. People will always disagree with people.

And btw. Obama was voted in and half of the country didn't agree with him either, ignored facts, they said he was a muslim, said he wasn't an american, called his wife terrible names, burned him in effigy and hung his effigy. And now when the other side does it back you're angry? Like conservatives say, "Stop being a triggered snowflake."

This is not strange. This is the same behavior conservatives had towards Obama. Sucks to be on the receiving side doesn't it?

I disagree; the opposition rhetoric, stonewalling, and attacks have gotten steadily worse over the last 3 decades. They are now at an all time high. Our news media has moved from real journalism to blogging on national television. And unfortunately the next president will have it even worse.

originally posted by: Sillyolme
THe meeting was held at the UN it was for the staff who accommodated him during this past week while he was there.
A thank you. They expected a quick thanks and maybe a lunch. They got this rant instead.

It was actually more specific than that I think.

He was there to thank and congratulate one of his staffers in particular who was either leaving for another post or he was thanking her for a job well done - I've forgotten which. I remember it was a female staffer and he congratulated her a few times by name in the middle of his impeachment rant, which I thought was classic Trump.

BTW - his personal communication style is absurd, but he's also entertaining as hell at times, and you have to admit he's gotten a few really good things done for the country - in spite of himself.

I was not a Trump fan in the beginning, but I've grown to appreciate him since he's taken office in 2017 - although I'm still not a fan. But if the accusations are true, his goose is cooked. Even some of the most rabid die-hard Trump fans that I know personally, are having a very hard time with this - assuming it's true. Time will tell...I think.

I'm on the run right now with no access to the story I bookmarked, but I'll post a link to the story when I get back home in about an hour.

In the meantime, both sides are behaving like dangerous spoiled brats - metaphorically sticking their fingers in their ears and saying "Na Na Na Na" over & over when the other's side's case is made. It's a joke and certainly no way to run a railroad...

Either way, this ends in a train wreck for the entire country in my opinion.

My ideas for fixing the real core problems that cause this in the first place are:

Step 1 - We need to vote out all the asshats in Congress. Especially the long-serving morons that forgot what it means to have to work for a living, care for a family or even go to the supermarket.

Step 2 - Term limits. After 2 terms you cannot run or be elected in the following term. If they're really good at representing the interests of their constituents *and* protecting this constitution and democracy, they can run again only after getting a real job for at least 2 years and they would be required by law to observe *strict* fundraising limits during their "off years".

But first off, it's on us to vote out the asshats and to make sure a new & better term limits law is passed. It's on us.

I know, I know - it will never happen. But a girl can dream, can't she?

posted on Sep, 28 2019 @ 05:17 AM
link
What's the bet Trump left the door open on purpose and started talking garbage into a telephone because he knew someone would listen in and try something like this.