And not to get argumentative here, there are those who believe that one more head on that Hydra is Trump himself.

originally posted by: underwerks
a reply to: seeker1963

Trump had no idea of the filth in DC he would be exposed too,

How could he ever know.. 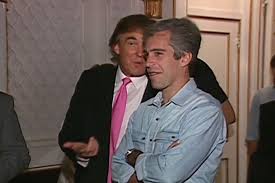 On this one I agree. The "Fed" has a much bigger downside. Will the president do something about it?

I don't know. I wonder if there is a downside to challenging the global banking cartel? Hmmm.....

If the international banking cartel is indeed the power that is, and Trump does nothing about it then all his ranting and raving about making American great again is nothing more than a slick piece of propagandist sloganeering that has suckered a large group of fools into believing in him.
I don't want to believe them fools, but I will need more anti-fed actions on his part to demonstrate his sincere desire to turn American democracy back over to the people.

Trump himself appointed the federal reserve chairman. So I guess by his own admission he appointed an enemy of the United States.

Funny how that goes.

Wouldn't expect nothing less from a nephew of a spook! Right?????


Trump had no idea of the filth in DC he would be exposed too, and I can bet my life on it, he has a Judas or 2 still trying to prove their allegiance to their dark lord. I left the l uncapped just to trigger the Satanists! Whoops uncapped the S too! roflmao

I can't find the uncapped "i" and "s" - is this some kind of inside joke/reference? Sorry to stray off-topic, my "need to figure it out" mode has been triggered.

Wait...am I the satanist you're referring to?!

originally posted by: matafuchs
JFK. If you have never looked into it you should. EO's about transitioning to the Treasury and no Fed Notes.

That is not even remotely true. Post the Executive Order(s) in question.

Knocking the bankers down to size is easier said than done. Any history book worth it's salt demonstrates that.

If the President is simply trying to drum up support to start any type of roll back, then I can see that.

With something as entrenched and dangerous as that cartel is, it is probably not wise to charge head-long straight off the blocks.

posted on Aug, 24 2019 @ 10:51 AM
link
Can Pres. Trump actually do anything to reign in the Fed? What EOs could he write that could pass muster with the Supreme Court?

Your appraisal is sound AB. It is if we accept the premise that Trump himself is sound. If.

The basic premise of my original question in the OP was just that. Is he or is he not serious about dismantling the Federal Reserve. Again, the Fed and the banking cartel has been recognized in conservative circles as a major deterrent to real American democracy. So, IF, potus is serious about Making America Great Again, it must be seen that to do that that cartel must be challenged and not only challenged but brought to it's knees and away from the throne of power in which it has been directing the world economy.

If Trump was serious and competent when he began to make these pledges to us, pledges to fix everything then he certainly must have known about this HUGE stumbling block an the path to doing that. He bragged that he was the only one who could fix things, that he was the only one who knew enough, who had enough connections and powerful friends and the wisdom to make America great again.

So yes, you are right. The banking cartel is firmly entrenched and yes it will take some time to bring them to bear which leaves us with the original question and observation. Is he serious and will he do it? Or is he blowing smoke up our butts.

I wish I could answer what's in the man's head. I can't.

I am guessing he is not suicidal but is used to blustering big in order to get a more moderate concession. Makes it seem like he is doing you a favor.

Yeah, it is, actually. The Federal Reserve has been America's enemy since it was founded in 1913. Read " The Creature of Jekyll Island".

do you even pretend to have standards or have you just given up entirely trying to make effective points in favor for "trump bad"?

Thanks owl, I"m up on the Creature. My question though in the OP was, ''is Trump''?. And ''if'' the Creature is as detrimental to the people of the US as that book made out and ''if'' Trump is as he describes himself to be '' the only one who can fix things'' ,,will he or won't he take on the Creature and subdue it. My contention is that if he does not, it will be a huge indication that he is indeed a fraud and just one more head on the Creature itself.

originally posted by: conspiracy nut
No Trump is the biggest enemy of America. He is about to bring the whole country down like a house of cards and you guys love it. Sad.