pavil, could the 11th hour testimony be "many I."?

Another view from todays video

Is this a Pareidolia-type image from 2 different days of video or is there really something that looks like a skull there?
Whatever was/is there the feds must have seen surely...
Maybe the head of a statue?

Another point about repetition is that it's a required process to create belief systems. Repeated thoughts/actions turn into habits and habits become beliefs. We've been indoctrinated into their preprogrammed belief systems through repetition and the only way to break out of an old system is through creating new systems by repeatedly thinking new thoughts which forge new patterns and new beliefs. When a new belief is 'cemented ', that becomes your new reality --your new truth or knowing.

I wonder if Q uses predictive programming (future proves past) and repetition (nothing can stop what is coming) to steer the collective into thought patterns and beliefs that will bring the desired outcome. Anchor the ideas, we create the reality

originally posted by: RelSciHistItSufi
a reply to: pavil

pavil, could the 11th hour testimony be "many I."?


I think "Many I's" just means many investigations.

Re the pond, i've seen comments on the latest video asking Rusty to take a much closer look at it.
If he reads them, hopefully we'll get a video of it soon... 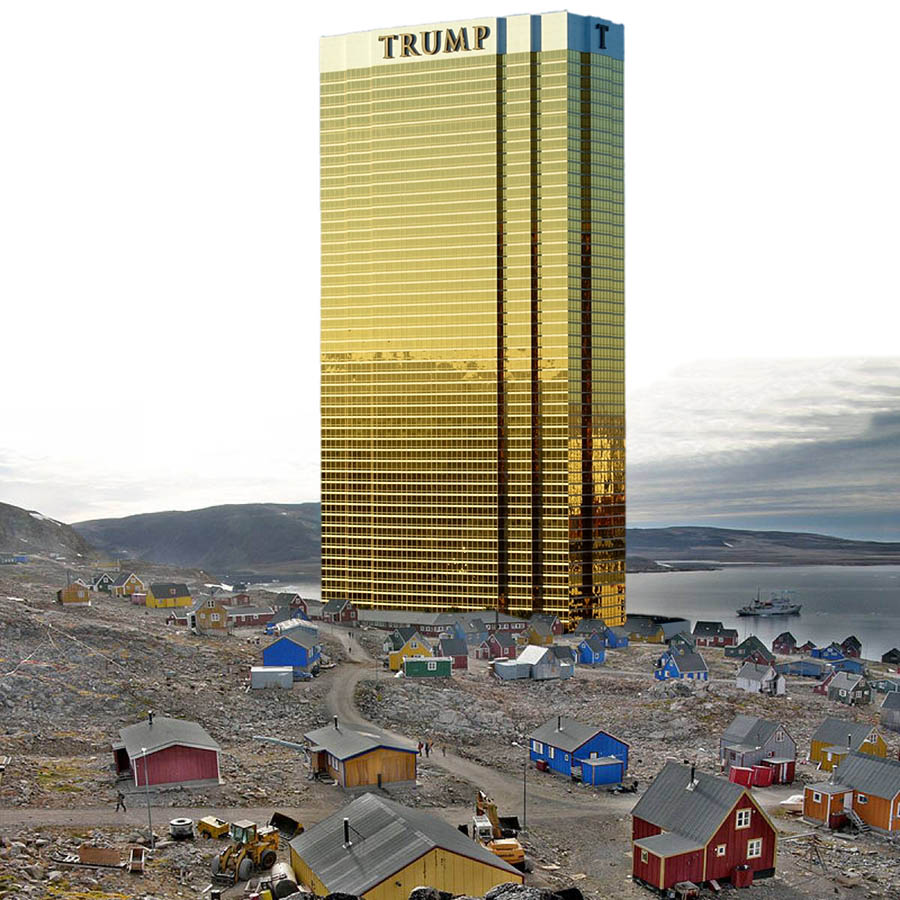 The same thing happened when we bought Alaska (where I grew up).

It was called "Seward's Folly"

We've tried to buy it before, they weren't laughing then. It is RICH in natural resources:

1946, U.S. President Harry Truman made an offer to Denmark of $100 million for Greenland, but was knocked back. And In 1917, the U.S. bought the Danish West Indies — now known as the U.S. Virgin Islands — for $25 million, to counter the threat of them being seized and used as a submarine base by Germany.

Greenland relies on nearly $600 million of Danish economic support annually, the island is rich in natural resources like iron ore, zinc, and oil... It also occupies a geopolitically strategic location between the North Atlantic and Arctic oceans. Under the terms of a defense treaty with Denmark, Washington operates a major airbase in northern Greenland, which forms a critical part of the U.S. ballistic missile early-warning system.

Thanks for clearing that up EMN - no skull!

Just the pond left to investigate then... over to Rusty.

I took a copy of the original pic

But it wasn't the first pic that was taken. Look now on NYP
This was the first one, then she 'smartened up' before the other one was taken...

Here is the un cropped photo that was originally posted.

I want this to be just another pic with no meaning other than Miss Maxwell likes In N Out.
However....I’m compelled to look deeper. Assuming that this story and two pics are communicating something more important. Who is she communicating to and what is she trying to say?

Generally I think she is saying I’m here to finish what JE never got a chance to do and that’s exposed the Hollywood elite.

But it could go deeper....Well I’m gonna take this down a weird road so hang on.

I see two fries but only one burger. In the original first pic there was a burger wrapper in the Lowe left corner just behind the couple in black.

The burger wrapper has the Bible verse Nahum 1:7 (17) hidden on it. That verse is the start of a section of that chapter that is titled the Destruction of Nineveh. LA, Hollywood has been compared to a modern Nineveh.
See the Citadel link

I’d add mor but I’m on my phone and limited time.

originally posted by: EndtheMadnessNow
The Art of the Deal: Greenland Edition

Every time I see those pics I can't help but think that they are two different people.

originally posted by: butcherguy
a reply to: Observationalist

Every time I see those pics I can't help but think that they are two different people.

Sadly they're not, but the picture with the book open was definitely posed. Looks like she added some makeup and mildly fixed her hair too. It's just so...odd. She's obviously not distraught over Epstein thats for sure. Does anyone know if those pictures have been date-verified? With the NYPost after the Epstein gurney pics -- I'm not sold.

Just wanted to add...thus far, we've been co-creating by default or rather, the 'negative ' STS (service to self) beings create their perversion of reality through us. Becoming conscious co-creators of our version of reality...don't base the future on how we perceive reality, today because that simply perpetuates the default system. Wipe the slate clean, forget about what you know based on what you've been taught or what you've lived. Think of the future that you want based on your own dreams and desires. Actualize your dream life through imagination fueled by strong emotion (desire). We are leading edge creators. Go big or go home.


ETA: good thread
threadreaderapp.com...
edit on 16-8-2019 by cherokeetroy because: (no reason given)

Very fishy....and we have some great fishers in this thread. I asked this on another thread. See if you agree:
www.abovetopsecret.com...&mem=queenofswords

Also, today, when looking at that pic, the DOG LEASH is missing.
edit on 16-8-2019 by queenofswords because: (no reason given)

I'm thinking DJT has no interest in buying Greenland but more of a public shoutout to the cabal so more focus is put on Greenland or Denmark. Q is not posting but we have Q+. Who knows what could be going on there and same for Antarctica but Trump likely knows.

Climate change hoax'ers have been focused on Greenland (ice sheet melt hysteria) in the news and then also this big interest in the Arctic waters. Russian Navy also has interest.

Climate change yelping from the left and STORM is coming from POTUS.

A few of us mentioned CEO Scott G. Borgerson of Cargometrics; which is partnered with Maersk shipping and funded by Google's Eric Schmidt.
Borgerson a member of CFR is also on the Arctic Circle Advisory Board.
www.arcticcircle.org...

On a Thursday evening, the fast-food restaurant appeared to be a niche attraction. Some visitors to the In-N-Out took pictures at the table where she sat to eat her meal. After observing a few people take advantage of the photo op, one In-N-Out customer, who had not previously been briefed on the Epstein case, even wanted a picture for himself.

Is this diabolical human trafficker in custody, yet? No ? Cool...maybe next time she goes public for a photo-op, she can sign autographs.

Count me in the camp that thinks there's something fishy with those photos. I wish I knew how to verify the dates they were taken. Seems to me like this may be mockingbird notifying folks of a bounty contract.

Hmmm, still no word on when those 2 photos were taken though.
Perhaps those people who were also in the pics will say when it was taken or maybe someone will recognize their car in the background...

JE cause of death might be released at some point later today...

Medical examiner's final ruling on Jeffrey Epstein cause of death to be issued "Friday", according to Associated Press report. Think that might mean today...?