originally posted by: shooterbrody
a reply to: olaru12

New York actually.....
Kept getting kicked out everywhere till they got to utah


Don't forget about the ol' Romney compound in Mexico.

originally posted by: Rapha
a reply to: JAGStorm

Everyone has a life path to follow, so if immigrants (legal / illegal) enter your back-yard, then they are on your turf for a reason.


Ummm...I totally agree...they come onto our turf for a reason...

3. to take advantage of all the freebies offered by one half of the political divide

4. as pawns in an illegal scheme to overwhelm the system


I'm sure there are a myriad other reasons for them to come onto our turf...but this list should bring a touch of realism to the discussion...

Don't forget only US banks cash George Soros checks, which you can then Western Union back to the fam 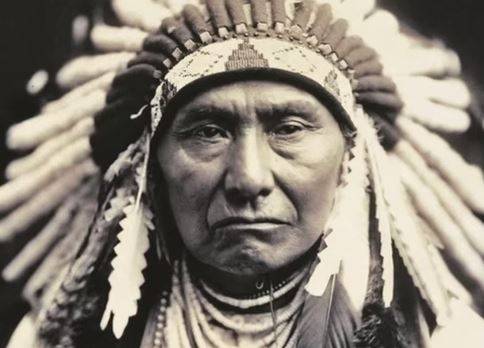 Did my ancestors (the europeans) embrace their way of life for them? Nah!
edit on 16-7-2019 by mekhanics because: (no reason given)

Did my ancestors (the europeans) embrace their way of life for them? Nah!


YES in many cases they did. I'm a perfect example. My gg Grandmother was pure Iroquois. My husbands Grandpa was 100% Blackfoot. Obviously they "embraced" some of the European ways/people.

originally posted by: operation mindcrime
a reply to: JAGStorm

To be completely honest...most people outside the US don't care that much.

We tend to have strong opinions about wars involving the US but most people don't care that much for the immigrations problems you guys are dealing with...we are interested in how you guys will solve it though.


I've lived outside of America for a good chunk of my life. Yes they do care.
They love our fashion, our food, our gossip, our celebrities, our news.

Some of them even comment on ATS about things they "don't care about that much"
edit on 16-7-2019 by JAGStorm because: (no reason given)

You are correct when saying we care about fashion, food, gossip, celebs...lifestyle stuff, you guys set the bar.

But your internal politics is kind of mehhhh....love the impeachments, scandals etc but the real complicated issues are well...too complicated for most to bother with.

Oh, look. Something completely unrelated and irrelevant to the discussion. I accept your concession.

originally posted by: olaru12
a reply to: CriticalStinker


Usually I can understand where someone is coming from right up until they want to spread it at all costs.

I've just about had it with those Mormon guys. I hate to be rude but....they need to go back to where they came from.


Send the Jehovah's witnesses away with them.

www.independent.co.uk... well trump pretty much said the same thing the dali lama said so it cant have been that bad

The Dalai Lama has sparked anger after declaring that “Europe belongs to the Europeans”. The Tibetan Buddhist spiritual leader also said that refugees should return to their native countries and assist with developing them. The 14th Dalai Lama was speaking at a conference in Malmo, Sweden which is home to a large immigrant population, according to the Business Times. “Receive them, help them, educate them ... but ultimately they should develop their own country,” the 83-year-old said, when speaking about refugees. “I think Europe belongs to the Europeans.”

"Hate" is too strong of a word. I don't hate people from India, but they annoy the hell out of me. Pushy, arrogant, demanding, cheap.

www.mlive.com... yes we actually did

FLINT, MI -- Ninty percent of Flint water samples had 4 parts per billion of lead or less in the last six months of 2018, the lowest level of contamination since before the start of the city’s water crisis. Lead and Copper Rule testing by the Michigan Department of Environmental Quality from July through December produced the 4 ppb mark, down from 6 ppb in the first half of 2018. Federal regulations require that at least 90 percent of water samples tested for the LCR are at or below 15 ppb. The DEQ announced the test results in a news release Wednesday, Jan. 16.

but dont let that get in the way of your anti american circle jerk .

the reasons some flee sure are from war but more so for economic reasons where the leaders of said countries royally screwed over the people (see Venezuela,Syrian civil war,Guatemala etc)

germanys leader shakes when ever in public and looks like shes slowly dying
Uk has had brexit shenigans and rotating leaders for a while now
japan has a declining population and japan hikikomori problem which will cause them a good deal of economic problems in the future
Italy is still working its way out of an economic crisis and its leader is cracking down on immigrants (orange man bad am i right?)
france has had yellow vests protests for months now and has a good deal of stuff going on in the background
spain is feuding with the UK and having a Major labor strike that will effect tourism
south korea is doing pretty good
Trudeau is dealing with a great deal of problems him self at the moment and facing a corruption scandal and pissed off the feminists
turkey is well turkey with its glorious dictator erodogan and possibly on the way of getting booted out of nato
greece is still broke
usa gdp beating the entirety of the eu while the UK wants to leave

US vs EU – Comparing GDP During 1980, the US GDP was $2.9 trillion, whereas the EU GDP was $3.8 trillion. Their GDP have been growing at a similar pace. The EU has been ahead of the US on GDP during most of the years in the past. Now, the US is ahead of the EU. Post Brexit, it will be difficult for the EU to catch up with the US on GDP. IMF forecasts that the US GDP would reach $20.5 trillion and the EU GDP would reach $18.8 trillion by the end of 2018. If we take the UK GDP of $2.8 trillion out of the EU, then the EU GDP would get reduced to $16 trillion. The following chart shows the GDP of the US and the EU from 1980 to 2018.

oh and the far right is taking over in Belgium www.politico.eu... and a few other countries based on general dislike for the immigrant crisis see italy turning away refugee boats for one example oecdobserver.org...:_problem_or_solution_.html and with Italy set to loose 50% of its population due to aging by 2050 they may not be doing so well by then

worldpopulationreview.com... they are set to loose 30% of the working populations of the EU by 2050 due to aging out of the work force

but yeah sure Americas a ****hole with a booming economy lowest unemployment numbers in decades ,Hispanic home owner ship at highest levels in a while ,but i guess the dems constant infighting could be seen as a bad aspect although we republicans find it hilarious

originally posted by: JAGStorm
I'm sure a lot of people outside of the US think we are a bunch of fear mongering haters over here.

You mean people outside the US that have tighter border control and stricter immigration laws are judging us?

Did my ancestors (the europeans) embrace their way of life for them? Nah!


YES in many cases they did. I'm a perfect example. My gg Grandmother was pure Iroquois. My husbands Grandpa was 100% Blackfoot. Obviously they "embraced" some of the European ways/people.

They were colonists not immigrants.

Colonists found a nation on top of the graves of your dead families and build cities on top of your burned villages.

Immigrants take your jobs and leech off of public assistance, and cling to their foreign culture instead of assimilating like they're supposed to. Because there is no melting pot, and our immigration policies are based on fantastical bullcrap.

originally posted by: peskyhumans
The OP is wrong. I'm a natural born American and I hate immigrants.

I think you might have a solid chance for a paid gig on trumps 2020 campaign as a staff writer. You use caps. and correct punctuation.
edit on 16-7-2019 by olaru12 because: (no reason given)


both sides have said I'm not American...

Truer words have never been spoken.

"they will not be judged by the color of their skin, but by the content of their character."

Yet when we judge someone by the content of their character now, we're told we are racist and skin colour is used against us.

This OP shows it, the reasons for the supposed stereotype do not reflect the nature with which there are concerns with mass illegal and legally forced migration, but the abrasive natures of many people not emigrating to add good traits, but bringing their societies problems with them.

All anyone ever reads is "White people are terrible, they hate brown people."


originally posted by: peskyhumans
The OP is wrong. I'm a natural born American and I hate immigrants.

I think you might have a solid chance for a paid gig on trumps 2020 campaign as a staff writer. You use caps. and correct punctuation.

Who decides - who is someone that is wanted (how much money they have - is that the measure of worth)?

Just a justification for hatred and fascism.