The butthurt is very strong. No collusion all delusion.


why hasn't it already come out?

trump needs a few weeks to rally as much as possible against dems (like the op) cuz it's all they got. he can try with healthcare but we all know that ship has sailed. they're stonewalling now, nothing more. 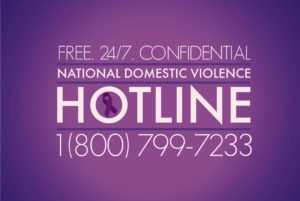 I am so proud of our President

Calling it exactly as he sees it. They deserved every word of it


best response in the world! wouldn't expect anything less!

you all are scared, no doubt about it. it's fun.

I am so proud of our President

It's been an interesting, new experience for sure. Most of my life was Clinton, Bush, Obama... A single almost expired, paper thin slice of pride sandwiched between two thick slices of embarrassment right there. Trump has been a godsend.

Your definition of "scared" is considerably different from mine, unless laughing my ass off is now somehow considered a sign of fear. Or are we delving into the left's Orwellian doublespeak bull# now?

To expound, I'm mocking you. I'm not mocking you out of fear, I'm mocking you because you're easily mockable. I mock midgets, too... certainly not scared of them, I just find them to be a steady source of amusement.
edit on 29-3-2019 by burdman30ott6 because: (no reason given)

We aren't scared of you people, that is for damn sure

Why would we be? You going to throw some soy burgers at us? Insist we stop driving gasoline powered cars? Call us a bad name? Send in the black-clad commies who go home to mommy's basement? Give me a break

First you have to actually give us something to be afraid of and then we'll talk... and I sure haven't seen it yet.

I mock midgets, too... certainly not scared of them, I just find them to be a steady source of amusement.

1) Because there are classified segments that could reveal sources and methods
2) The law itself criminalizes releasing certain Grand Jury material unless a court orders it (and only a court can order it)
3) Because Trump was already exonerated, so what possible motive do we have?

As an aside, watching you & yours do mental gymnastics every time something newly discrediting comes out is quite sad. Will be truly interested to see how you twist, contort, convolute and dodge the full report however

Apparently "no collusion no conspiracy no crime" didn't sink in yet... It is OK, most folks have already accepted it. We actually *need* a small number of obsessed folks to keep up this BS narrative, helps us big time

No serious person believes in the BS straws you all are grasping.
edit on 3/29/2019 by JBurns because: (no reason given)


I know you are, it's all you have, and i find that hilarious.

you're scared because you know your glorious leader has nothing, nada, zilch, but mocking dems. and, his peons fall in place everytime. it's fun.


I know are, it's all you have, and i find that hilarious.

you're scared because you know your glorious leader has nothing, nada, zilch, but mocking dems. and, his peons fall in place everytime. it's fun.


WTF is it with modern liberals and their habit of projection? "your glorious leader has nothing, nada, zilch" Ummm... you're the ones with the goddamned 2 year long witchhunt that turned up less evidence of activity than a popcorn fart in a hurricane. Yet here you are, projecting your party's sins onto the other guy. I get it, I do... you're scared schiffless, so your party's cues indicate that you must project it onto the GOP. It's probably written in the dem handb... (oof... what am I saying?) it's probably recited on the Dem video guide to being a modern liberal, but Jesus Christ is it ever hillarious to watch!

I guess you call the Supreme Court nothing? Or our hundred or so Federal judges nothing? Those two things alone will ensure the "progressive" (read: Unconstitutional) agenda is dead for at least 2 generations. This gives us plenty of time to drive the final stake through that disgusting party's heart in the mean time

Lets not forget rolling back regulations, shrinking the government majorly, destroying socialized healthcare, striking fear in our enemies, securing the border, focusing on Americans and bettering the lives of Americans, putting our own needs/interests above the rest of the world, etc. Oh and keeping his campaign promises along with the promises of other past Presidents is a great help (you know, moving the US embassy in Israel to Jerusalem unlike every other past US President in recent history who has lied about it)

And don't even say "But medicare is socialist!" No.. no it isn't. Each Citizen pays into Medicare and SS. The individual mandate punished those who didn't want to participate in the dirt-bag socialist healthcare system by forcing them to pay for other people's insurance when they were personally getting nothing from it.

And last but not least.... this President has taken to upholding and defending our unalienable Constitutional rights above all other concerns/issues/matters as he should. We don't care about the plethora of arguments you all use to attack our Constitution - it will be upheld and that is that. This country will *never* become a socialist # hole in violation of Article 4 Section 4

The only fear I see is from the desperate left who is so deeply deluded that they continue to grasp for straws despite their once-held hero Bob Mueller's exoneration of the President in the "collusion" nonsense you all pushed. Not to mention the expected-blow that "no obstruction" took place either - as properly determined by DAG Rosenstein and AG Barr.

We smell the fear, desperation and self loathing on you all. It is actively on display for the whole country to see

So was EVERY president before him.


If you follow the thread, he said this president wasn't bought and paid for. I spit out my coffee and had to hurriedly register my indignation on the internet


When were the jews harangued?

And wtf does Islam have to do in this conversation?

And who said anything about being in favour of Islam over Israel? What jew hate? Are you saying jews can't be as*holes? Are you saying the government of Israel can't be held accountable for its actions? That simply because theyre jews that they can't be persecuted for anything?

Gtfoh, have cogent arguments or stay out of it,trying to draw me out as an anti semite to discredit.

He's a billionaire. Bought and paid for by whom? The NRA? Well that's easy, they just want to uphold our 2A rights - a very honorable and tremendous group of Patriots. The military industrial complex? No, they hate Trump... endless wars are only profitable when you're actually *at war* which we are not

In fact, this is the first period of peace we've had since God knows when

So do tell, who has bought and paid for this President? Because everything he has done has been to benefit this country and/or the American people.

Why would the government of Israel need to be held accountable for anything? They've done nothing wrong. Defending yourself from radical Iran-sponsored terror groups is not a crime nor something they have to apologize for.

They have nothing to be sorry for. Tell ya what, first time I see them actually do something that warrants an apology I'll join you in calling for one. Until then, it remains the same: Leave our shining star in the M/E alone
edit on 3/29/2019 by JBurns because: (no reason given)


best response in the world! wouldn't expect anything less!

you all are scared, no doubt about it. it's fun.

LOL! Scared of what? Robert Mueller? Scared of Trump being a Russian asset?

If we are afraid of anything, it would be the hordes of idiots who still cling to fully debunked tall tales of treason and espionage despite the fact that the evidence does not support the allegation.