President Trump said on Thursday that he planned to nominate Herman Cain, who abandoned his 2012 presidential bid in the face of escalating accusations of sexual misconduct, for a seat on the Federal Reserve Board.


I can't stop laughing over this one and 'Cain' rhymes with 'Pain'. 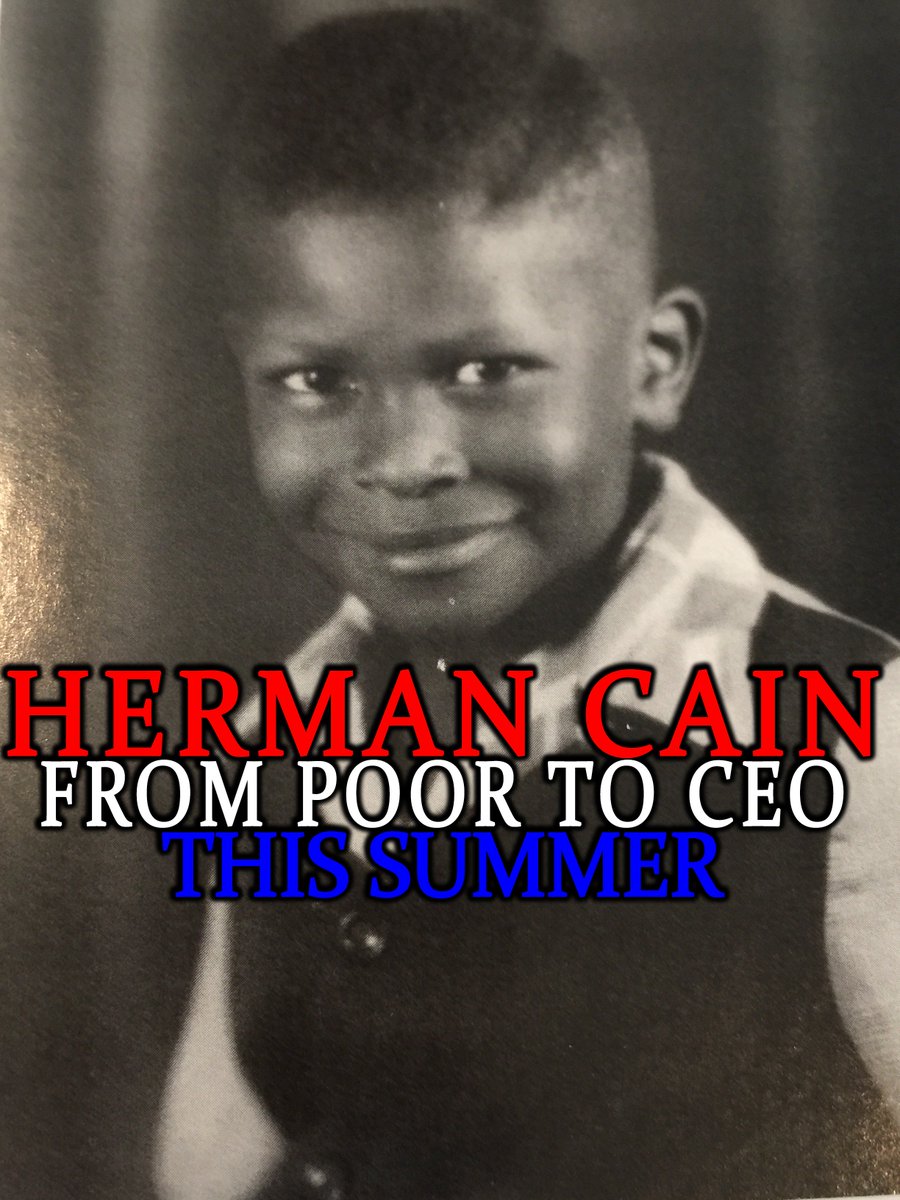 posted on Apr, 5 2019 @ 04:34 PM
link
Kenneth E. Baggett, former Chairman of the Board at New York-based CohnReznick, passed away, according to

Probably not notable except CohnReznick audited the Clinton Foundation.

I am not saying that signature page is fake.... but it sure looks fake.
'The White Hous'

LOL. Yep and all the dirt is still warm from 2012 like the 9–9–9 Plan.
Not yet sure what is DJT strategy here with "Rock Me Like a Herman Cain".

Now the interesting question is why would Adam take the risk to lie about something that may at some point be declassified? Q3063 DID ADAM SCHIFF PURPOSELY DECEIVE THE AMERICAN PUBLIC 'THINKING' THE 'GANG OF EIGHT' MATERIAL + OTHER CLASSIFIED DOCUMENTATION WOULD NEVER REACH THE PUBLIC DOMAIN?

Aha! So Adam had some kind of insurance that this material would never be declassified. What were these insurances? The answer is in the same drop: Q3063 WHAT 'INSURANCE' DID THEY HANG OVER POTUS' HEAD IN ORDER TO PREVENT ACTION? A FATHER'S LOVE FOR HIS CHILDREN KNOWS NO BOUNDS. Q

Incredible. They threatened to go after the President’s children. Let that sink in. Adam and his Masters tried to blackmail the President of the United States in these terms: “if you declas this material, we will go after your family


Donald Trump's pick for World Bank president, David Malpass, has officially been approved for the role. Mr Malpass, a Trump loyalist, was a senior economic adviser to the US president during his 2016 election campaign. His appointment has stirred debate, as some worry that Mr Malpass, a critic of the bank, will seek to reduce its role.

Just keeps getting better, FED next.

originally posted by: Phoenix
a reply to: pheonix358

The Assange arrest were it to occur and suspected "deadmans" release would work as a "non declas" event for normies and bring to light enough out in the wild info to enable declas IMHO.

Does anybody understand what's going on with this protracted saga? Is Julian Assange still alive?

He used to speak via the Internet, on a balcony, and also give face-to-face interviews to select individuals.

But over the past 2 years, there are periodic reports of what's "about to happen" to Assange...then everything goes silent.

From this afternoon for example:

Britain’s foreign secretary says Julian Assange is a “free man” and can leave the Ecuadorian embassy in London whenever he chooses.

On Thursday, tweets from WikiLeaks quoted what it said were high-level sources saying that Julian Assange could be kicked out of the building within “hours to days.”

Ecuador’s foreign ministry issued a statement saying it wouldn’t comment on what it called “rumors, theories or conjectures.”

British Foreign Secretary Jeremy Hunt said Assange “can leave that embassy whenever he wants to, so we want the situation resolved as quickly as possible.”

You mean it's role in money laundering. Then there is all the heads of banks resigning!!!

I have been heavy today in the link you posted re: Bards of War on twitter. This info has always fascinated me.

BTW. thank you for waking up this thread today.
edit on 5-4-2019 by liveandlearn because: spelling

And Q has been silent in that same time span.

Q's last post also occurred the day before reports that he had been "outed". Oh well, it's up to the Department of Justice to make Qsters genuinely happy now. More info from Q at this point would perk people up, but that "high" wears off faster each time now. I know it's Jack but the info sounds plausible.

Trump admin had a deal to give Assange immunity in which he wouldn't release vault 7 etc.

Comey and dems found out spoke to Assange's legal team told them deal was off.

Comey was fired a month later


Also the paper plane incident when ppl thought he escaped, I heard a couple of rumors both relating to a planned escape one story says it was Russia the other says it was Trump admin.

Both stories end with it being too risky and it's called off.

I'm pretty sure he's still in there.

The Adam Schiff threat against the President's family is akin to Chuck Schumer telling President Trump that the Intelligence Community would "take action" if he stepped on too many toes.

For all we know, Schiff's threat may have worked. No Declass of a single document in any of Spygate's "5 buckets" has occurred.

I can't find this anywhere, not even wikileaks twitter.

If true, I am praying the Trump adm's blather via Pompeo was an attempt to throw people off.

If Trump is sincere about cleaning up gov., and I believe he is, this will slowly turn out to be more transparency that destroys the left.

The Adam Schiff threat against the President's family is akin to Chuck Schumer telling President Trump that the Intelligence Community would "take action" if he stepped on too many toes.

For all we know, Schiff's threat may have worked. No Declass of a single document in any of Spygate's "5 buckets" has occurred.


The testimony releases of Ohr, Page etc was a declas. The dems did not want this at all, together they paint a picture, it is just a complicated picture. That's priming the well. Notice how Collins went to the house floor? Why? It's legal there - there is concern that each step might be a land mine.

TOL, seen any validity to this pic floating around. Doesn't seem to have any provenance to me... Navy tweeted it out then deleted later made a statement that is was a "search function" error.

Which is what wikileaks has said a few times as well.

Hard to say, hard to say but the tweet is real.

I hope it was a head fake too.

It really backs up the coup attempt though.

Comey messing that up for Trump behind his back it sounds like,

then Assange releasing vault 7 Pompeo almost has to say something.

Vault 7 was a pretty big leak.

It's the same as the Panama papers in principal.