HILLARY 2020? ‘I’d like to be president’ — will decide on run after midterm election

posted on Oct, 29 2018 @ 11:40 AM
link
I can't stand Trump. Hillary running guarantees he is reelected. She is selfish if she decides to try to run again.

posted on Oct, 29 2018 @ 12:13 PM
link
Well, I'd like to be a billionaire and never have to worry about money every again. Hillary, there is a time in your life where you realize based on your actions, that it's NOT going to happen and move on and stop being that annoying wart that just keeps coming back.

posted on Oct, 29 2018 @ 12:48 PM
link
This woman should be in prison, until the day this woman is sent to prison the USA will remain the most corrupt country on the planet

posted on Oct, 29 2018 @ 12:54 PM
link
Maybe we'll get lucky and the hag will croak. I can't stand the sight of her and the untold destruction she will wreak on Trump's advances in cleaning up the corruption makes me want to vomit. 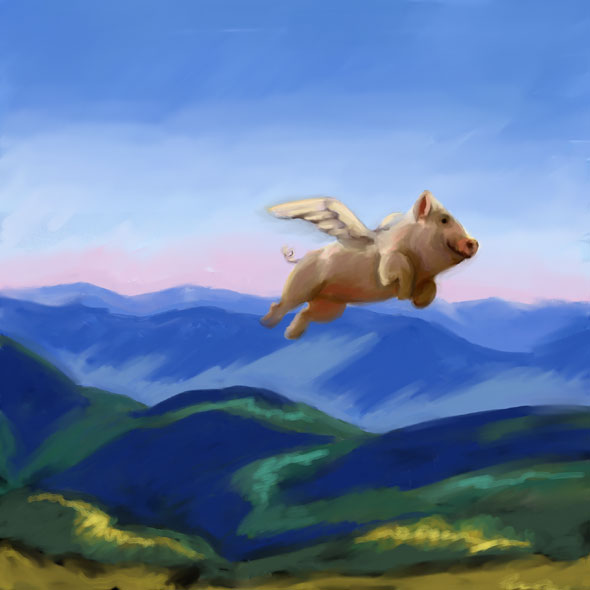 
originally posted by: rickymouse
If she runs, she will guarantee the Republicans will win again. Maybe the Democrats should find a good honest candidate for a change, one who does not blow off rules that govern them like Hillary did.

God, I hope the DNC grows something like a brain, and tells her to go away, assuming she actually follows through with this.

That depends very much upon who it is.

There are some of the young up and comers in the Democratic party who, if given the chance, could give Trump a run.

But, the odds on the Dems choosing one of 'em are, well, long. It'd sure be fun, though...

I thoroughly dislike Trump--but I'll give the devil his due, he's done a lot better than I thought he would. Kudos. But I'm still not going to vote for him, given anything like an alternative. Which is, of course, the issue. The Dems will run a retread, or a fringee left wing Dem, completely ignoring the middle and right of the party.

originally posted by: seagull
a reply to: projectvxn

God, I hope the DNC grows something like a brain, and tells her to go away, assuming she actually follows through with this.


Not me friend, I hope they fully support her and once again ignore all their own primary voters and just make her the candidate.

posted on Oct, 29 2018 @ 01:35 PM
link
I'll vote Trump if the Democrats are dumb enough to run her again. She is probably one of the only people he is guaranteed to beat. Fair or not.

No, she's held this dream since she worked with the Watergate investigation team, way back in the day. The dream got stronger when she became the governors wife, later first lady, then Senator, then SecState. She's tried twice, and come closer each time.

Why shouldn't she, at least a little, not think that the third time will be the charm? God forbid.

No, many hold onto a dream long after any chance of fulfilling it has passed. She's hardly unique in this. Thinking about it, it's almost sad. She could be doing so much more than she is. If she isn't the most well known woman in the world today, she's certainly in the conversation...that's a hell of a bully pulpit.

I hesitate to use Jimmy Carter as an example, but he's the best I can come up with, at the moment. He was largely considered by many to be, at the time, one of the worst Presidents of all time. Now? He's very widely respected for his efforts in the humanitarian circles--and deservedly so.

This is something she could easily do. She's a frickin' money magnet, and oddly enough, people still listen to her. But...like Ahab, she's got a White Whale to chase.

Do you truly want a single party country??

That has a whole host of dangers attached to it.

Admittedly, that is hilarious! I am curious though...is she waiting to see if the Dems have a miracle blue wave (thus realizing the Dems have some hidden power left?) or has she totally gone off into looney land and believes that she is the ONE to save them?

A little of both?

The shadow government has pulled out all the stops to try and create this fabled blue wave. The first stunt, Ford's accusation of Kavanaugh, backfired spectacularly.

The bombing bit may seem like a good play, but I have a feeling the only people moved by it were those already voting blue anyhow. For the undecided, it's just too damn fishy. Had they been real bombs, and actually sacrificed a pawn, then it may have worked.

So now, they've simply got a lot of money and commitments invested in Hillary being POTUS. It's curious why these wouldn't work for another candidate that is more palatable. Indeed, I think the DNC may be dumb, but they can't be THAT dumb, to run her again... So thinking this is all just smoke and mirrors.

One would go insane

originally posted by: projectvxn
a reply to: loam

I love how people on the left talk down about President Trump's admittedly enormous ego when someone this monumentally arrogant continues to believe she'll be president someday.

She actually believes she's entitled to the presidency. She was assured the presidency after Obama's reign. All she had to do was show up for her coronation after the election. It was stolen from her by a vast right wing conspiracy and Russians.

originally posted by: seagull
a reply to: jjkenobi

Do you truly want a single party country??

That has a whole host of dangers attached to it.

I'm all for Trump continuing his Presidency into a second term.

Democrats can go after the House and Senate if they cannot compete for the Presidency.

It was stolen from her by a vast right wing conspiracy and Russians.

Well, there definitely was a right wing conspiracy to result in Trump being the nominee, but as for the Russians....a.k.a. DNC insiders.

After the election, I bet many in the GOP felt like they used their last dollar on a lotto ticket and won. I can only imagine what they will think after the midterms.

I'm all for Trump continuing his Presidency into a second term.

Democrats can go after the House and Senate if they cannot compete for the Presidency.

Ah, but with a Dem controlled House, they will spend a lot of time, money, and energy on trying to impeach him, or at least create gridlock. Basically wasting taxpayers money (what they do best).