Night is hanging laundry and WIS is waiting for the Chips 'N Dip male dance revue to show up.

Nyiah is hanging laundry or I am


What?? I was supposed to have help with all of that? Pfft, no pumpkin butter for you ladies, I spent all that time converting those pumpkin guts into something edible and WAS going to share it. Keyword being "was". Hrmph.

and hey, you brought up the Chips Boys, you wanted them in here. Well I guess I am a little guilty too, but you instigated it. I bet there is some sort of trademark so we can't call them what ever we want. They are going to find us, prosecute us and condemn us to watch one hour of them for the rest of our lives.


Um, if that's supposed to scare us into behaving, it's not particularly effective encouragement to behave

At the nursing home they will announce "Chippendale Hour" with the loonies.


With the loonies? Can't we just pool together and hire the real deal?

originally posted by: WalkInSilence
No sorry. Being a very red blooded Hungarian I break out in hives when people try to serve me my national dish "The American Way". The traditional goulasch is a heart breaking piece of art, it renders you speechless when made with love. It leaves you with a feeling of total satisfaction. That one needs no more in life.
It is a pot of love.


Ooooh, you in no way, shape or form want to know what my mother still insists goulash is despite me kicking real Hungarian recipes her way for years.
Hint: It doesn't contain meat, and it's a fairly disgusting blend of everything in the fridge and cupboard.

posted on Oct, 27 2018 @ 10:14 PM
link
I would like to share this, it is a rather old Danish tune with many renditions. This vocalist has an amazing voice.
I will make an effort to translate it latter. It is about the transition of how we wander through time and space.
The tune has been dear to my heart since early childhood.

It is very complicated to translate so please be patient.

OH, Sweetie I gladly hung your laundry out. You cooked the pumpkin. what did you make out of it? I like to stuff it, no pun intended, or make soup, It is yummie with cumin and tators.
Your poor Mother would have a fit if she sat down to a traditional Hungarian spread. Ignorance is bliss I guess? Let it be.

As for the Chips and Dales I believe they are on call.

Now how do you make your goulasch?
Please give my love to Bert. Must slumber. ZZZZzzzz Chippen who, Ahh such sweet dreams.
edit on 27-10-2018 by WalkInSilence because: double post

OH, Sweetie I gladly hung your laundry out. You cooked the pumpkin. what did you make out of it? I like to stuff it, no pun intended, or make soup, It is yummie with cumin and tators.


I rendered about 2 and a half quarts' worth of pith & some pumpkin meat down to about 1 quart. I split it up and made half into pumpkin butter and froze the rest of it for a loaf of future pumpkin bread

Your poor Mother would have a fit if she sat down to a traditional Hungarian spread. Ignorance is bliss I guess? Let it be.


Lol, not so much a fit as she would have the gall to argue about what goulash is with the people it originated from XD

Now how do you make your goulasch?


Since I understand it to be more of a "stoup" (the thickness grey area between a soup and a stew) I've tried to keep it as such the handful of times I've made it. I can't find the paper I wrote the recipe down on years ago, it used to be in my recipe box (yeah, someone as kitchen-inept as me does have one, lol) but hell if I know where it is anymore.
In lieu of that, this recipe comes the closest to the recipe I had (I think my recipe called for much more paprika, though)

My mother's "goulash" is more akin to someone taking a succotash recipe, utterly destroying it with excessive amounts of other unnecessary ingredients, adding pasta because why not, forgetting the name of the original food, and settling on calling it goulash for some reason.

In all seriousness, it's closer to a highly bastardized succotash than a goulash. And it's simply awful. Succotash and goulash are good BECAUSE they're simple foods, not because they're a base to do whatever the heck you feel like with.
The pathetic thing is, it's not limited to just her. Parents of the friends I had growing up did the same thing, regardless of where their families came from in the US (it's not like it's a southern or midwestern peculiarity or anything) There's the stereotypical "American goulash" that isn't that great to begin with, and then there's That.

Quick edit: For what it's worth, my husband is German, and is well-acquainted with both German & Hungarian goulashes. The first time she shoved a bowl of her "goulash" at him, he balked at the sight. "What is this??" "It's goulash! Eat up!" "Whatever you want to call this, THIS IS NOT GOULASH." lol

Please give my love to Bert.


I'll give him a scratch behind the ears for you when I give him his overnight goodies in a bit
edit on 10/27/2018 by Nyiah because: (no reason given)

Sounds like we should dine out at your place ... regularly!

Night and a couple of the others will baby sit the kids, whilst others keep your hubby entertained.

We can do shots in a cooking fest.

Worst food gets a chilli eye ... winner gets a medical glove !

Then we will switch duties ! 😜

First I'm helping with Laundry, now I'm a Nanny? I love kids and all, but I think I'll just... I was saying earlier how we were like two ships passing in the night and tonight, our ships were side by side and you take off. We could have been pirates and drinking rum.

Who are "budgies" ? Pics please. so they are the ones emptying my cellar.
No that would be Gordi, Fin, Timely and Light.
Where are those boys, we have been offending them all night to no avail. They usually show up if we are abrasive.


Ask Timely to show you his Budgie Smugglers - that should clear everything up.

I found these guys on the Shed back Porch... they looked quite tired... what happened here last night?

It was Chrissie's birthday yesterday, so we had a "mum" day for her.
The boys and I baked her a triple-layer (Devils Food) Chocolate cake.
We gave the birthday presents to her first thing in the morning, then I took the family out for breakfast.
Chrissie chose our next activity which was going for a long walk in the Autumn sunshine.
On our return home, our extended family came over with more gifts and we served up the birthday cake with big mugs of tea!
When the family left, I made Chrissie her favourite home-made Lentil & Parsnip soup whilst she relaxed on the sofa (in the sunny conservatory) reading her favourite book.
I kept the boys busy until dinner time, when I then made home-made macaroni cheese for everyone (and mini sausage rolls for Dougie who isn't sure about cheese sauce for some weird reason???)
After dinner I popped open a bottle of Rose Bubbly and we relaxed in front of a movie until bed time!

Morn'n Sir. That was a wonderful day, thank you for sharing. Now I have to go find a Rom-Com. Waves to Chrissie and happy B-day. Please linky the Lentil/parsnip soup. I for one completely understand poor Dougie, it is not possible for me to consume Mac and cheese. I just can't.


Nothing happened here, why? Just a little chit chat between the girls, nothing to report it was all innocent and kosher

I am trying to stay on my work schedule wake time, so I miss Martin she always served the best morning spread.

I am with Night, no baby sitting duties here, while you stuff your self with delectable's.
Gordi told me to ask you this: Ask Timely to show you his Budgie Smugglers - that should clear everything up.

I forget why I asked what a budgie is, so you are a budgie expert?
Good Day to you Sir.

Budgie smugglers is another name for tight swimming trunks. Think James Bond in his Speedos.
ETA 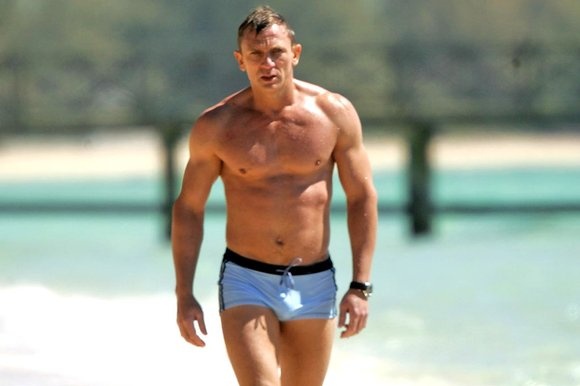 The pain is from my shoulders. It's a repetitive motion injury I got at a factory years ago (made worse by a doctor) and has been getting worse over time. What critters do you have?

She's just fine. We didn't talk last night much because she was working. It was Sunday for her. It's weird they're 14-15 hours ahead where she is.

posted on Oct, 28 2018 @ 07:29 AM
link
Gordi, I agree with WiS, spread some recipe love and share, please! I've been eyeballing parsnips at the store for something different, baked pork chops on a bed of parsnips and apples is a pretty good autumn dinner, but the kids tire of it quickly. Lentils & parsnip soup, now that sounds like a good, cozy autumn & winter soup if ever there was one

Budgie smugglers is another name for tight swimming trunks. Think James Bond in his Speedos.
ETA

And if people are still scratching their heads, remember that Budgie is the other name for Parakeet, which originated in Australia. Budgie Smugglers therefore more or less refers to a guy's, um, assets, resembling a smuggled bird under the fabric XD

I Missed You All...
Alas... It Is Sunday. I Have Come To Bring The Dragons Home For Their Feed.
Greetings, Lads....

posted on Oct, 28 2018 @ 12:55 PM
link
Had an interesting morning earlier -- surprise hail dump! For a few seconds, I wasn't sure if it was raining REALLY HARD, the wind was kicking up & pelting the house, or what. Scared the crap out of the animals (and one of the two kids) AND woke hubby out of a dead sleep.
It was really windy, the amount of fallen leaves on the ground skyrocketed in the few minutes of hailing. Back deck (looking out the kitchen window) Pea-sized hail for the most part, some of it maybe a bit bigger than a pea. And perfectly spherical, that was kinda neat. Younger kid dubbed it "mini marble hail", lol

What an awesome day for Chrissie and the family! Please relate belated Birthday wishes to her from me.

Missed you too Pinnochio! Glad that you and the dragons are back safe and sound.

I keep forgetting you are from N.Y. Hello fellow New Englander!