With a graphic novel, upcoming documentary on Warren, Tv show starring Fishburne and TTSA announcements all coming next year.

Does anyone think that it’s a total coincidence? Sure, some items might be. This strikes me as being about as coordinated as the December 2017 tic tac articles.

posted on Nov, 4 2018 @ 06:21 AM
link
I am going over info. We all know Zondo has claimed to have debriefied some of the RFI witnesses . What strikes me as really odd, he has not dealt with Jim Penniston. It seems very selective all of this.

That's interesting.. do you think that almost against her will,
she accidentally shares something useful on occasion?
edit on 4-11-2018 by KellyPrettyBear because: (no reason given)

Back to the religion metaphor again.

So you had the Apostle Paul not even believing that a physical
jesus ever existed (he had visions of a platonic-type essence
like many of his time, and previously did),

but then came along the 'multimedia' storm to make something
out of nothing.. the 'canonization of the bible', which was
an exercise of a small group (the roman councils) that took
the wild stories first written a century after supposed events,

and carefully wove them to be of maximum benefit to that
small ruling power (honor Caesar.. pay taxes to Caesar..
no reincarnation allowed.. etc etc etc).

The 'canon' is being written, even though there is
nothing there, there.


Many of us seem to be concluding that there IS an anomalous 'phenomenon' of sorts at the very least, but previous comments are correct that we are focusing too much on the personalities rather than the actual events.

People see UFOs. So it is a phenomenon of sort. Is it anomalous? Possibly. The jury is still out for me.

But how would you separate the personalities from the events?

Any UFO thread that is ''personality-free" would have to be based on physical evidence and theory. And you will still have various 'personalities' involved who have theories and argue what evidence points to.

"You can take take the people from the UFO. But you can never take the UFO from the people"

This thread and others are not always 100% serious and don't have to be like an academic study paper.

Now whilst Kev makes that post for you go find your old X-Box 360. That should give me time to post that Twin Peaks video again. 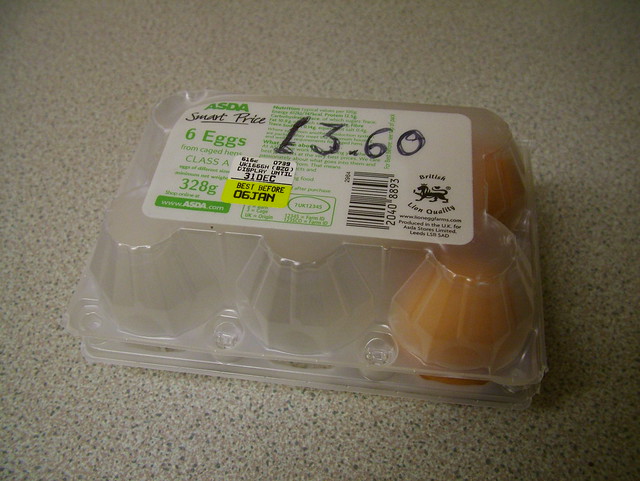 In Defense of an RFI Mystery

While I find no case there having been a 'UFO', by any normal
standards being present at RFI, (i.e a structured alien craft
with or without very tiny alien astronauts),

There certainly IS a RFI mystery with many elements and theories
that are fascinating to discuss.

Here are just a few of them:

1. Some of the lights said to have been observed, are plainly the
lighthouse. It seems that witness statements may even cofirm
that.. but especially on later nights, there certainly seem to
have been reports of lights, that clearly are not from the
lighthouse, as apparently they now knew better.

(I see this as accidental 'shamanic priming').

2. There was that report of a light shining down into the nuclear
storage area.. I don't know if that is a credible report.. but
definitely interesting.

3. John's injury.. certainly compelling.. but have we ever heard
exactly when John says he first noticed the injury? (to help
bind it to a causitive event? I don't have that info anyway).

4. Pennistons's "vision". I think that I saw something similar..
so I can't discount his vision. But it certainly could have been
due to 'shamanic priming'.

5. Did some satellite or missile or armament wind up out in
the Forest? I don't know. Some people seem to think that
one or more "broken arrows" were involved.. but we have
no evidence of that.. we are discussing perhaps a B61
missile. It even had little pointy tail fins.

I think that if there WAS a 'broken arrow', that it casued
the 'shamanic priming effect', especially in Penniston.

6. The lightalls.. they were apparently 'waiting' out in
the forest... JV confirmed this. Waiting for what?

7. There's talk of non-fatal countermeasures being
setup near the fence.. to keep out Apro or whomever..
could that have scrambled brains?

8. There's the memo about testing nuclear facilities
readiness.. and the worlds of Kit Green that nuclear
facilities were sometimes tested with fake UFOs
(from Forbidden Science or web articles).

9. Andrew Pikes natural plasmas and plasma experiments
in the region possibly 'splashing over'.

10. Traditional BOL and 'spookiness' being traditional
in the area.

11. Possible Cobra Mist type testing.. though the timelines
down match up.

12. Perhaps MK Ultra type testing.. dosing our guys in the
woods.. while MK Ultra supposedly shut down in 1977,
I think personally that it was just moved off-shore.

contrary to popular belief.. I'm NOT some 'debunker'.

I promote real mysteries when they exist.. and am
interest in ACTUAL anomalous incidents..

but very teeny tiny aliens, in structured craft are
not on that list.

Looking at RFI from the highest possible level..
I can't say which elements "splashed over" to
help induce mania.. just the lighthouse might
have been enough.

but the 'mania' may well have induced BOL
type effects to fry the body and brains of
our guys there.... due to 'shamanic
priming'.

but I can't prove exactly which of all the
crazy theories contributed to that priming..
and I'm not certain that it's even necessary,
but it would be fascinating to narrow it
down more.

originally posted by: Baablacksheep
I am going over info. We all know Zondo has claimed to have debriefied some of the RFI witnesses . What strikes me as really odd, he has not dealt with Jim Penniston. It seems very selective all of this.

I certainly don't know if that's true or not. So unless you've spoke to Jim or Zondo then how do you know this?

There's definitely a real mystery here. Even if it has a simple answer. But I have to make a family visit up the coast. Back later.

Now.. let me further break the hearts of people who
follow what I write...

When I was young... i did love science.. but I saw EVERYTHING
with the haze of the 'mystical'.

Perhaps some day I'll finally prove to myself that I've been fully
full of sheiss?

The 'phenomenon' is a slippery business.

It can seemingly heal or injure..

but it doesn't seem to leave any real traces of ANYTHING
in ANYTHING except in human beings..

is there some sort of SUPER PLACEBO EFFECT in play?

But what about the radar traces people say?

and yes.. there's this theory:

"ILLUMINATIONS: The UFO Experience as a Parapsychological Event"

I spoke with the author.. good guy..

I especially am impressed with his analysis of the Betty and Barny
Hill Star Map..

so maybe 'poltergeist energy' can be used as an explanation of
both radar traces and other more 'physical seeming' events.

I vowed to myself, many years ago.. when I saw that I was being
a credulous fool in some ways.. that I'd debunk myself until my
mind was clear..

I'm still stuck at 20% or so not debunked.. like that huge BTUFO
that I apparently summoned.. and other events..

but are there prosaic explanations?

originally posted by: Baablacksheep
I am going over info. We all know Zondo has claimed to have debriefied some of the RFI witnesses . What strikes me as really odd, he has not dealt with Jim Penniston. It seems very selective all of this.

Well JP and Osborne seem to have 'phenomenon sickness' and
a mack truck running over them couldn't get them to change
their minds..

It makes perfect sense that TTSA might only go after those
they thought that they could get on their side.. who are
'still in play'.

Its called reading, that info is out there.

One thing we have to remember is choice...

Ttsa or other organisations may very well have reached out to them and they could quite easily decline their offer...it could be and probably is that simple.

Just because they were involved doesn't mean they will accept any offer from anyone..


originally posted by: Baablacksheep
I am going over info. We all know Zondo has claimed to have debriefied some of the RFI witnesses . What strikes me as really odd, he has not dealt with Jim Penniston. It seems very selective all of this.

Well JP and Osborne seem to have 'phenomenon sickness' and
a mack truck running over them couldn't get them to change
their minds..

It makes perfect sense that TTSA might only go after those
they thought that they could get on their side.. who are
'still in play'.


You will find a comment by Osborn at the end of the article.


It is important to know why Jim Penniston’s involvement in the Rendlesham incident is being sidelined and marginalized, when he was the most important witness

It is important to know why Jim Penniston’s involvement in the Rendlesham incident is being sidelined and marginalized, when he was the most important witness


I think the way Penniston's story changed over the years pretty much sums up what kind of witness he is. Imo the only people who think he is the "most important" witness are hardcore woo-woos or folk that believe this was an E.T. event in spite of no conclusive proof. And maybe some lady, or two, still carrying the love-torch for Ol' Jim.

No Aliens? I need to correct that. Not this week.

Keep watching the show The Gut.

There was no usable semantic content in Gary's post
to that link, other than the fact Gary believes in
his own theory.

I hope that is true.

I like the one J, and don't dislike the other J.